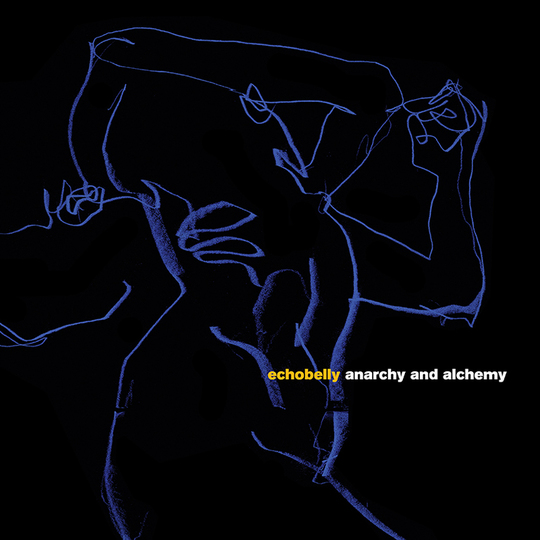 Over ten years have lapsed since Echobelly's last release, so it would be far too easy for a lot of people to have forgotten or written the band off. But let it be known that the flame was always burning. Some indications as to the goings on during the hiatus can be located on two low key mini albums by spin-off band Calm of Zero that surfaced as a result. Illustrative of this is the seventh track ‘Faces In The Mirror’ tucked away on this latest crowdfunded album.

Having established their elemental essence during Calm of Zero, singer Sonya Aurora Madan and guitarist Glenn Johansson litmus tested an appetite for the Echobelly comeback. The results? A sold out gig at London’s Scala in 2015. In parallel to this a whiff of a Britpop reanimation has stirred and gained momentum around the country with festivals like the Shine weekender, Indie Daze and the Star Shaped festival ringing in Echobelly and previous contemporaries like Sleeper, Salad, My Life Story and The Bluetones.

Guarding the entrance to Echobelly’s new collection of tracks is a fearsome opener and stomping single ‘Hey, Hey, Hey’. This song clearly marks their return with Johansson's hypnotic blues rock riffs and Madan’s distinctive sultry vocals (with an added primal edge). On this track, this band is at times reminiscent of early PJ Harvey whilst capturing the glimmering light display of Echobelly’s core. The new drummer for this album is Ash Hall accompanied by bassist Oliver Kiernan. Both of them appear to be ‘nice enough’ session musician types with the latter touting Paul McCartney, Mel B and someone from The Kooks called Pete Denton on his credits.

‘Firefly’ continues the album at a similar pace, with a crunchy chugging bass riff that gives way to a more contrasting ethereal section that nudges previous Echobelly song structures like ‘Kali Yuga’ and ‘A Map Is Not The Territory’ found on 2001's People Are Expensive. What starts to become clear from the second track onwards is this album showcases Madan's vocal skills, which have developed one stage further, displaying more variation and showing off finesse like on ‘Firefly’ with its Arabian flirtations and ‘If The Dogs Don’t Get You’ with its rocketing "oohs" and somersaulting vocal attacks. Johansson’s guitar repertoire on the other hand has crystallised and continues to diversify with new tunings found on ‘Dead Again’ and ‘Faces In the Mirror’.

A lot of effort and final thought has gone into this album. Production surprises continue throughout like the springy vocal effect on ‘Molotov’ and variation in structure with ‘Autumn Angel’ being purely instrumental for the first segment, with delicate guitar rising from a hypnotic drone that turns into a distantly dulcet song. This paves the way for the concluding reflective post death track ‘Dead Again’. This is an album from a band that have been there and done it a few times, got bored, changed it up, run away, come back, swapped it up then become sophisticated and accomplished on their own terms with flair.