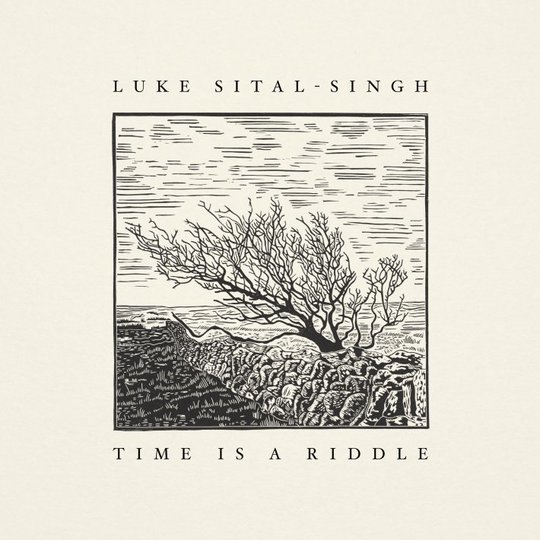 As I begin to write this review of Luke Sital-Singh's really rather great second full-length album Time is a Riddle, I spot that the man himself has just given the tour he is part way through undertaking in support of it the moniker 'The Magical Misery Tour' on Twitter. While, as with a lot of his social media output, it might be best to take this as a tongue-in-cheek play in words, it is something of an apt name for an evening promoting an album which feels heavy, weighted with angst and a sense of foreboding at the advancing of time and age and which, at times, threatens to be buried under the sheer scale of its meaningfulness, but manages to emerge instead as a beautiful, elegant testament to one of the true songsmiths and artists of the present moment.

“The light is coming on everywhere, something in the back of my mind is running scared. Time is running on year on year, river ever-running but I'm still standing here” Sital-Singh tells us on the chorus of 'Still' the album's opener, a stunning return. The song shows Sital-Singh in more muscular form than on his debut album The Fire Inside. Once again his powerful voice is to the fore, but this time it is surrounded by a panoply of instrumentation and backing vocalists. As he sings 'It's hard to be myself anymore” on recent single 'O My God', which features a gorgeously-syncopated chorus entry, it certainly feels like this album is a conscious further move away from the fragile naked beauty of his guitar and vocals early work.

Nowhere is this more obvious than on the Fleetwood Mac-esque 'Rough Diamond Falls', whose chorus is full of hammond organs, scratchy electric guitar tones and a wall-of-sound-aping barrage of falsetto. It is undoubtedly a strong moment. 'Nowhere's Home' which follows it begins like peak Sital-Singh with a gorgeous, close-sounding vocal and acoustic and piano. “Never look back, I'll tell you why, you'll never get everything right...all I know is nowhere's home” he sings and then the song truly takes off in a way which feels more natural than on 'Rough Diamond Falls'. It is a truly affecting moment of musicality.

In the record's latter stages, the emotion spills out ever further. As Sital-Singh sings on 'Killing Me' “It's killing me that you're not here with me. I'm living happily but I'm feeling guilty. And you won't believe the wonders I can see. This world is changing but I'll love you faithfully” the sense of loss and broken dreams is palpable as the vocal distorts and crackles with passion. You believe as the listener that he is teetering on the brink of the edge. We need more songwriters and performers who eschew glamour for truth and depth as Luke Sital-Singh does.

Closing track 'Slow Down' centres around a gorgeous vocal line (again) as Luke almost chants and begs “slow down, you're my love darling, slow down, it's enough darling” an intonation which begins as a statement but, as the song grows and the vocal instrumentation is enveloped by organs, drums and a cacophony of other noise, becomes a doubt-infused question. The climax feels like the kind of thing those of us who grew up wishing we were in Sigur Ros or could do what they did in crescendos would do to finish an album, and it does so to this fine record, aptly.

This is a fine piece of work. Luke Sital-Singh is growing steadily as an artist of poise and confidence. Still though it feels like as he grows in to the kind of songwriter whose songs will entertain ever larger rooms of listeners something of the intimate yearning of his early work is becoming a sadly distant memory. As he seems to be saying himself on this record, time waits for no-one.