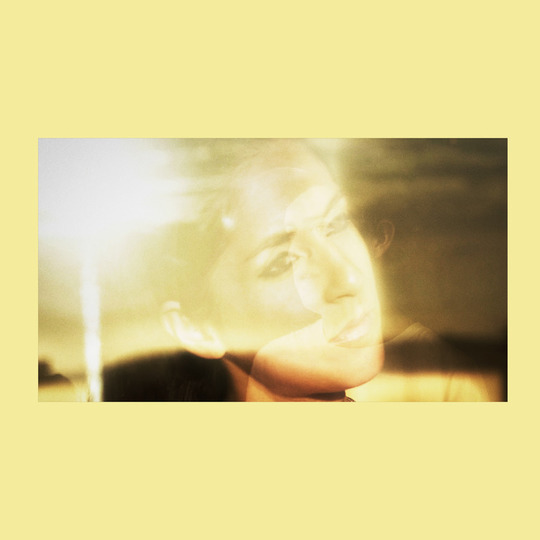 It’s a familiar conundrum. An artist gets signed, brimming with talent and restless ambition, but must sacrifice their creative integrity to satisfy a host of internal label pressures. Ramona Gonzalez, aka Nite Jewel, has been one of the most recent and memorable casualties of this decades’ long process: her 2012 album One Second of Love was bathed in a sugary pop aesthetic that didn’t quite align with Gonzalez’s personal vision, a fact she has gone on record to explain many times. But with a label change that ensured more freedom, 2016’s Liquid Cool was supposed to be her breakout record, one that satisfied not only fans but the music establishment at large. However, despite a noble effort, the album fell short in too many spots, unable to prove once and for all that Nite Jewel was an artist worth subscribing to in any deep sense of the word.

Her latest effort though, Real High, is the album fans have been waiting for - a honeyed blend of her gauzy melodies and barely audible but enslaving vocals. Gonzalez seems completely unoccupied with attempting to prove her worth or please detractors this time around. Her whole attitude reeks simultaneously of someone not giving a fuck while also brainstorming meticulously, and her music has never sounded richer on so many levels. The album borrows heavily from the old-school R&B feel of pastime pop greats like Janet Jackson and Aaliyah while mostly marrying this visage to contemporary dancehall rhythms. As far as subject matter goes, both romantic bliss and turbulence have always been her topical touchstones, and on Real High she explores the mechanics of each with a newfound vulnerability.

The first real manifest sign of Gonzalez’s growth can be witnessed on the cool and coy way she navigates 'Had to Let Me Go'. There is no wasted space here. A wholly confident Gonzalez oozes sensuality and presence while describing a relationship she was not mature enough to handle in adolescence. '2 Good 2 Be True', with its dancehall leanings, is also much more of a lyrically astute effort than we are used to hearing from her. In Grimesian fashion, she manages to deftly craft a song with unhinged pop sensibilities as well as discerning poetics that amplify the music’s latitude tenfold. She seems completely in command of her artistic direction and what results is a visceral essence.

Gonzalez is far from alone in her endeavours. Much of the intoxicating fabric of the album can be contributed to Cole M Greif-Neill, Gonzalez’s husband, Beck’s engineer, and one of the original masterminds behind indie legends Ariel Pink’s Haunted Graffiti. The two have never sounded more united in their astuteness and shared sonic phantasm, an aspect that can be witnessed most forcibly in the flourishing aura of 'The Answer', a track that arguably outclasses and exhibits more decorative maturity than anything in Gonzalez catalog to date. Without gorging on hyperbole, the vocal despotism and luxuriant instrumentation is a culmination of everything Gonzalez’s previous efforts hinted at but ultimately failed just slightly to deliver. A heavy dose of similar rousing moments on Real High parade a refined sheen that alas implant Gonzalez as the queen of her creative universe.

One of her most poignant offerings is the synth heavy 'When I Decide (It’s Alright)'. A deceptively simple sonic backdrop unleashes one of Gonzalez’s most shrewd vocal spectacles, where she manipulates her voice as the most staggering instrument, softly crescendoing to the sparse chorus. The more leisurely tracks reel off a dreamy ambience that is a crisp accommodation to Gonzalez and her elastic intonations. She retains her cool vibe while assuming a consummately unguarded and intimate propensity on 'Part of Me', borrowing a lesson from the myriad R&B divas that have influenced her. “Obsession” exposes her insecurities of not feeling like the only girl in the room over a slow, creeping trek of a beat. The album bleeds manifold emotions throughout, but it is in these tempered down junctures that one can really zone out and become enraptured in Gonzalez’s intensity, an experience she undoubtedly wishes to create.

Her animalistic instincts reign supreme on 'R We Talking Long', where she desires to mince words with her lover in exchange for physical contact. With a splash of hip-hop and tenacious yet subdued vocals, the song is similar in style to late Nineties Mariah Carey, closing the album out with a wallop. The album will appeal to new fans, but for anyone that has followed Nite Jewel’s creative ascendance over the years, Real High will stand out as the artistic apex of what she has attempted to create during her short but eventful career. The overwhelming impression is that of authority; an artist at one with herself and her vision.