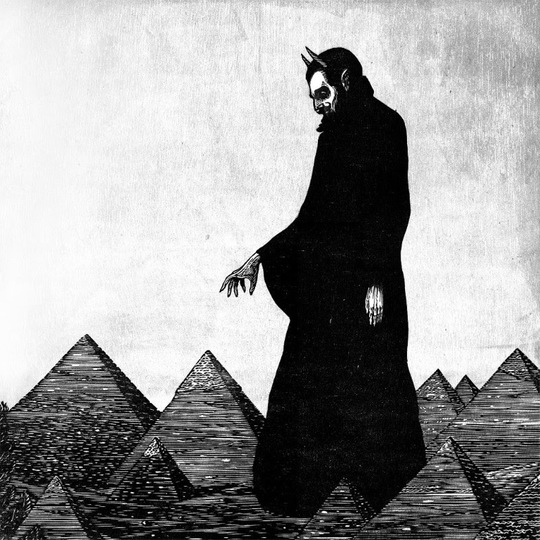 Since 1996 (when I bought The Afghan Whigs’ Black Love because I liked the cover), Greg Dulli has been there for me. He’s been a guide through self-destructive excess, joyless narcissism, neon-lit misery, ugly celebration and, ultimately, the importance of survival. The Twilight Singers’ Blackberry Belle dragged me out of the worst period of my life and, although I can never listen to that album ever again, I remain incredibly grateful. This is why I was so heartbroken when Dulli returned, sans Rick McCollum, and let Do to the Beast out the door under the banner of the Whigs. While it seemed to receive praise wherever I looked, to me it felt crass; bereft of any subtlety, it bludgeoned where it should entice, keeping you at a distance throughout. One of Dulli’s strengths is how fully he allows you to inhabit his world, but this time he kept everyone outside. It was a Whigs album in name only, and, ‘Matamoros’ aside, a reminder that you can never go back.

Yet here we are again. It’s 2017, there’s a new Afghan Whigs record in my inbox. I’m buoyed by the release of instant Whigs classic ‘Devil In Profile,’ but reticent enough that it’s a couple of days before I find the courage to run through In Spades. It starts slowly with ‘Birdland’, which feels more like a Twilight Singers opener, but by the time ‘Arabian Heights’ hits its first chorus, I’m back on board. Even though only Dulli and John Curley remain, this is a Whigs record to the core. Far from either a retreat or victory lap, they’ve instead expertly built on the Blaxploitation funk and granite soul of their final two Nineties records and made it new again. You can throw on 1965 and then In Spades without losing anything except McCollum and the arrogance of frontman youth.

Take ‘Toy Automatic’: on the surface, it’s the best song Augustines never wrote, birthed from Springsteen and booze, but the sudden bass fuzz and jubilant horn break is pure Dulli and Curley, unexpected and inspired. It’s the primal flipside of 1965’s ‘Crazy’ – undiluted and without restraint, within a questioned reality that doesn’t feel quite so harmful anymore. ‘Light As A Feather’ harks back to Black Love’s ‘Going to Town’ with its menacing, Seventies-indebted backdrop, and begins a closing three-song run that’s as good as anything the Whigs have ever done. Halfway through, dosing my hangover with too much coffee, I find myself muttering 'I fucking LOVE this band' aloud to an empty room.

Dulli has stated in recent interviews that this album is about memory and the distortion of time that comes with age, but they’re really just new reference points within classic Whigs themes of doubt, darkness and unhealthy relationships. Even in his fifties, Dulli is probably the only singer who can make lines like “so far inside you now / I am your silhouette” evoke both a threat and a come-on. Only ‘Copernicus’ lands completely wide of the mark, its dreary swamp-rock echoing everything I disliked of the band’s last appearance. When not accompanied by Mark Lanegan, it’s an ill-fitting suit for Dulli and should remain as far away from The Afghan Whigs as humanly possible. You hear me, Greg?

It’s worth remarking that, in the years between the Whigs’ breakup and reformation, no one could fill the void they left. Do to the Beast left me doubting that even they could do it anymore, but In Spades is a fitting rebuke to that infidelity. I still hold out hope of hearing McCollum’s guitar on an Afghan Whigs album again, but maybe I’m being overly sentimental. Ultimately, this is the best thing Dulli has put his name to since Blackberry Belle. One look at his discography over the intervening period will confirm just how good that is.