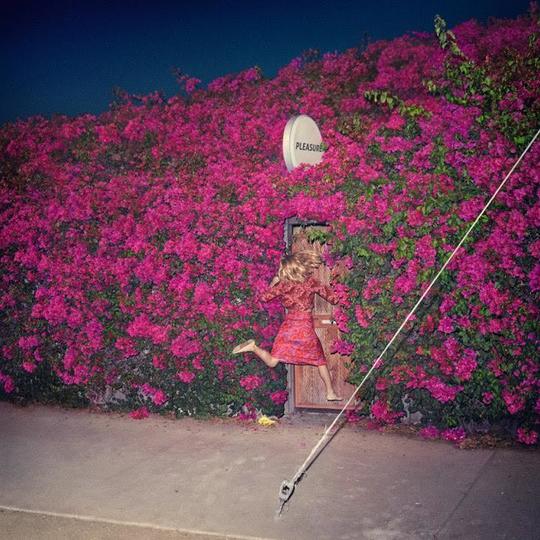 It’s now completely clear that Leslie Feist has no intention on dining out on ‘1234’ for the rest of her career. If anything, she seems keen to put distance between herself and her breakout single. Letting a full four years pass before delivering a follow up, 2011’s Metals was an album of monochrome arrangements; shunning any reasonable chance of commercial success. It was also quite brilliant. And now after an even lengthier six year hiatus, Feist returns with a collection which marries the maturity of Metals with the fuller emotion of her earlier material.

The first thing you’ll notice about Pleasure is that it’s her most pared back album to date. From the off, the opening title track (and lead single) makes it obvious that this is an album focussed on Feist’s voice and guitar. There are long passages of this album which have little else, and even when she’s joined by bigger and broader arrangements, the instruments ease themselves into shadowy margins, modestly gathering around her. Sometimes you barely notice them sneak in.

All the same, Pleasure has more warmth and colour than its predecessor, and she’s regained a degree of playfulness. Metals felt very much like its name: a smooth sheen; an uninterrupted plain. Pleasure rises, falls, breathes and moves. From bluesy stomps to fragile vulnerability, she manages to couple a sustained atmosphere with plenty of musical contrast. Sure, you couldn’t set any of this to videos of jazz-hands and sequin pantsuits, but there are still climaxes as powerful and ambitious as those on songs like ‘1234’, albeit not as expressly uplifting.

Nonetheless, it’s fair to say that Pleasure is at its best when at its smallest. Feist has always been a stunning guitarist, but this has generally come across more strongly in concert than on record. No longer. With the arrangements stripped back, she’s never sounded more commanding. You get a sense that every song is a live take - giving a clear mental image of Feist sat with a guitar in front of a mic laying down the track; expressive flourishes of guitar skipping spontaneously through the choruses, little variations in emphasis rising to meet key phrases of lyric.

This strong sense of performance and authorship is is why Pleasure is arguably the equal to Feist’s benchmark The Reminder, although a very different sort of record. The Remainder was like a playground of sound - moving through different textures, tones and rhythms, Feist fitting herself into them with aplomb at every turn. On Pleasure, the songs accommodate Feist’s presence, not the other way about. It’s the work of a confident, mature songwriter with a clear and distinct voice. And we should all be thankful that she’s making albums like this, rather than wasting her time chasing that second big single.