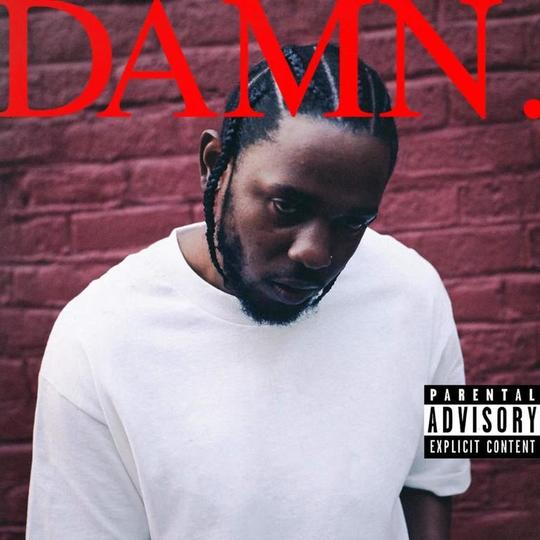 So how does the hottest, most talented hip hop artist of his generation follow up his era-defining, genre-redefining third album? Expectations were undoubtedly, and wholly justifiably, running at the highest level imaginable for Kendrick Lamar’s latest release, after 2015’s startling masterwork To Pimp a Butterfly.

So does DAMN. meet those expectations? Well yes – but by taking a surprising side-step rather than a pace forward in its artistic development.

What we have here are 14 songs – all one word CAPS LOCK titled – that are far less overtly ‘themed’ than Kendrick’s two previous albums (although some overall thematic strands do emerge), that stand alone as distinct tracks in and of themselves and that are far plainer and more pared-down in their execution.

So it’s goodbye to Kamasi Washington jazz flourishes and hello to sparse backing, beats and basslines and the rapper’s voice – mostly laconic on the likes of ‘YAH.’ and ‘PRIDE.’, masterfully switching pace and tone on ‘HUMBLE.’, and astonishing us with its flow on ‘DNA.’, ‘ELEMENT.’ and ‘FEEL.’ – very much to the fore.

Although the album is bookended by the same phrase – ‘BLOOD.’ begins, and ‘DUCKWORTH.’ ends with Kendrick recounting “So I was taking a walk the other day” – what is homed in-between is diverse and wide-ranging.

Elsewhere, though, we see the rapper take comfort in his family (“My latest muse my niece, she worth living”, on the lovely, chilled-out ‘YAH.’) and – yes – get fired up by righteous ire, his flow noticeably and deliberately picking up the pace to match the lyrical intensity on the likes of the (incredible) ‘DNA.’ when he spits “I know murder, conviction, burners, boosters, burglars, ballers…” and ebbing and flowing as the words demand on ‘ELEMENT.’ and ‘FEEL.’.

And it’s this pacing, flow and lyricism that makes DAMN. such an engrossing listen. Where previously, some of TPAB’s more experimental and florid elements – dazzling as they were – and overarching themes were the focus of attention, here we simply have Kendrick (or occasional alter-ego Kung-Fun Kenny), plus superb collaborators Rihanna, Zacari and (yes, it’s OK folks, it actually works) U2, talking at us, singing at us, rapping at us: his voice now gentle, now turbo-animated, his words sometimes oblique but always on point.

It’s not what you might have expected or even – on one or two initial listens – have been hoping for from Kendrick Lamar. But this is an artist in his absolute prime: artistically, lyrically and musically. Why would he just deliver the expected?