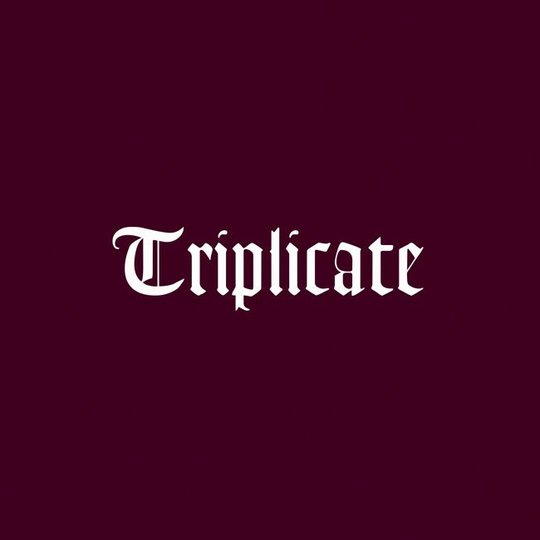 At the tail end of 1967, when flower children and hippiedom were at boiling pot levels, and music was headed into a more electric arena, Bob Dylan released one of the most underrated albums in musical history with John Wesley Harding. This was the first album to be released after his infamous motorcycle accident, and only a year removed from Blonde on Blonde, which many fans and critics alike praise as his finest hour, complete with a magnetic backing band and an overall polished sound. But the acoustic John Wesley Harding was a radical departure from the heavy instrumentals on Blonde on Blonde and Highway 61 Revisited, almost as if the former Robert Zimmerman had taken a step back in his evolution, going back to the folk music many had derided him for leaving behind only a few years prior. What made Dylan decide to turn his back on the fray is anyone’s guess, but for his lengthy career, he has never chosen to follow, only to lead. Five decades later and one Nobel Prize later, at about the time where one might expect him to consider that now was the time to release an album full of originals, Dylan is still defying expectations, doubling down on his current obsession with pre-rock'n'roll music in the form of Triplicate, a three-disc album full of reworked traditional pop standards.

While Dylan’s voice has undoubtedly transformed over the years into sort of a hoarse growl, the songs on Triplicate are not only notable for how he elevates his crooning chops but also the backing musicians buttressing his reach. The first disc follows the formula laid down by 2015's Shadows in the Night, with Dylan revisiting 'I Guess I Have To Change My Plan', made famous by Frank Sinatra, a short blusey jaunt that includes a golden horn section, paving the way for Dylan’s scratchy vocals. Although there was nothing to hint at it in his younger years, an older Dylan seems quite infatuated with the Sinatra ambiance, and he puts his original spin on these standards. He seems quite impassioned on 'This Nearly Was Mine', stretching his voice to describe a high potential relationship gone wrong. In its bare iteration, there is barely a sound other than Dylan singing on the wistful track and the song is made all the better for it..

Often during Triplicate, it’s immensely impressive how Dylan balances the old world of the songs he harkens back to while lacing them with a palpable modern feel. The songs here truly transport listeners to a different time of musty, smoke-filled jazz bars while simultaneously grounding them in the present. The prestigious aspect about each of the songs on the album is how gleeful Dylan seems to be when singing them, as if if he is a child reciting songs that he has memorised by heart on the radio.. Disc two begins with 'Braggie', where a swirl of circus-like instrumentation ushers in a coy Dylan. He pays necessary tribute to the fun-loving atmosphere of the song, wafting through the tune with a bombastic set of vocals which proves gratifying over the piano and horn sections. With 'As Time Goes By', Dylan slows things down with a plodding sonic palette, where he plays the role of a big band leader from another era but strangely implanted in the goings-on of today.

For a man that has virtually had tons of his original songs reimagined, Dylan is quite up to the task of reinventing these pop standards with his much celebrated, inventive mind. His scratchy singing lends itself well 'The Best Is Yet To Come', where a hopeful Dylan sings of a day when his lover will recognise his seductive charms as something worthwhile. Although he has done it in fits and starts during his lengthy career, it can be sort of jarring to hear Dylan croon over lyrics that lack the vitality of his self-written recordings, but it is a joyful excursion considering how grateful Dylan sounds on each record. From Disc three, the wavy 'Sentimental Journey' is right up his alley, and he captures the nostalgic ambience of the song, uttering each word with an intensity that makes the listener feel as if they are witnessing Dylan speak about his own life. He sounds even more forceful on 'When The World Was Young', as if he no longer merely covering a song but living through it vicariously. There is a forlorn essence here, and Dylan’s vocals make it so that he seems to speak directly to object the song with unguarded emotion. He seems to pine for a time when the world was not disturbed with abstract cluttering or unnecessary noise - a day one can imagine even before he was born. Dylan has always abounded in myth, and most of the songs of Triplicate find him yearning for an era he never got to experience first-hand.

While Dylan fans surely miss his original tunes, this honest, affecting tribute to a bygone era of music is a treat in itself. It’s no secret that Dylan has hit on another golden period of creativity in his old age, but his covering of traditional pop standards is innovative in its own fashion. Like his release of John Wesley Harding, or his transition to Christianity, or his Traveling Wilburys phase, no one can predict what the mysterious Dylan will decide to dedicate his time to in the future. But for now, it seems that Dylan desires to put the pen down and explore the somewhat forgotten gems of the past and add new meaning to them.