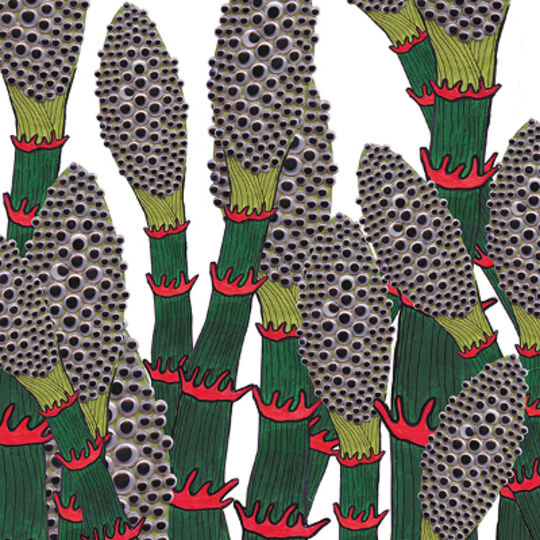 There aren't many bands in existence in this post-internet age that can really be designated as having 'cult' status. In this millennial age, we currently look to the Nineties for our main cultural references (as these things go in cycles of around 15-20ish years) but I would argue that now stretches into the early Noughties, when all this hullaballoo started in the first place.

During the Napster-era at the beginning of the millennium, bands from everywhere were being discovered from all sorts of corners of the world (for instance the very loose fitting 'scream/emo' movement in American post-hardcore around this time) which slowly grew in notoriety until even some of these acts gained the distinction of earning a "big pay-day reunion tour" with American Football or even At the Drive-In perhaps being the most famous.

London's Part Chimp formed in 2000 and slowly mastered their craft as the UK's best sludge/noise rock band, taking their cues from the previous decade's Iron Monkey (who have also reformed this year) and even the Americans to task on their genre. However, never really ascended beyond 'cult' status. They existed in an odd place where they were simultaneously ahead of their time and behind it, being pretty much the only reputable band of the genre in the UK at the time, but being picked up by Mogwai's esteemed Rock Action Records, who also release this, the band's return IV. But since then, Mogwai themselves have broken into the mainstream, mostly due to their soundtrack work, and due to bands such as Glasgow's Holy Mountain, 'sludge metal' is now a well-respected genre in the UK.

So Part Chimp couldn't really have timed their revival any better, given the circumstances, to reclaim their throne atop the at-metal throne. After breaking up amicably in 2011, the London band's final statement came in 2009's epic Thriller which genuinely felt the culmination of a band who had reached their peak at time. Over the course of three albums in the Noughties, Part Chimp were remarkably consistent and got better with every release. However, they never really easily fit into the UK metal scene mould - as say, their peers in Palehorse - despite their excellent song craft, largely because they so clearly looked like an indie band taking on a heavier genre. So while it seemed a shame at the time that they came to their end, it equally seems fitting that they've returned after a six-year-hiatus to finish off what they started.

And IV certainly doesn't hang about. Opener and first single 'Namekuji' starts things off with a short piano-chord struck imperial march, before crashing into a brain rattling riff based on the same melody which sums up the following 40-or-so minutes pretty perfectly. 'MapoLeon' steps things up into the next gear with a crushing, relatively fast-paced rager, and we are off to the races. Part Chimp's remarkably simple set-up is really meant to be experienced live, but cranking up this record as it is supposed to be heard, one feels the pure joy exuding from the quartet's embrace of all things LOUD. The band may not be re-inventing the wheel here, but there's such pleasure to hearing this style of music done well that there is an undeniable quality to just letting yourself as listener drift off into the noise.

Like the opener, 'Solid Gone' and 'Bad Boon' are good examples of the band's basic structure: play a hypnotic riff, blast it, build on it some more, and then make it even bigger. It helps that between the relatively simple riffs and Tim Cedar's fairly catchy melodies that there is plenty to hang your hat on in IV, but there is also a playfulness to band's songcraft that is highly admirable. 'RoRo' plays with their form a bit, being largely a one-note, psychedelic track, but even within that frame the band find ways to push the envelope further and further. Meanwhile, shortest song 'The Saturn Superstition' is also probably the album's most memorable, largely due to it's faster pace and catchy chorus which demands the listener's attention.

Overall, this is an excellent return from an always consistent band who's legacy has grown and grown over the years since their depature in 2011. At the album reaches its gloomy conclusion in the slower jams 'Rad Mallard' and 'A Lil' Bit of Justice' one is left excited to see where the band will go next, as well as itching to see their excessively loud live show. This isn't a return to form, merely a continuation of an already extremely high one. The kings are back.