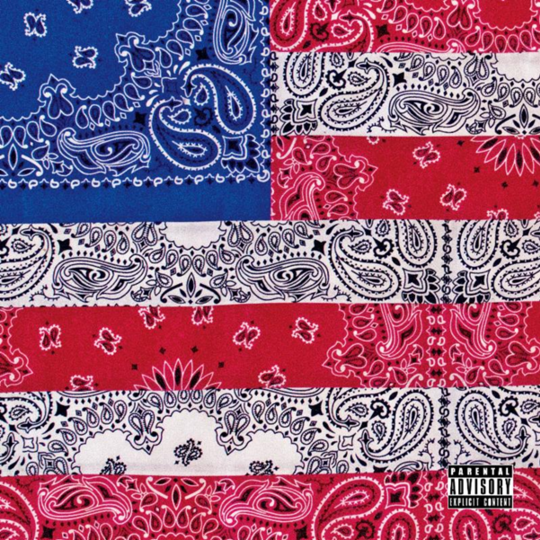 Looking back, 2012 was a bit weird. The Mayans said something about the world ending, Engelbert Humperdinck entered the Eurovision Song Contest for Great Britain, and we launched a robot towards the little red planet. Stranger than all this though, was the hipster rap phenomenon. A group of teenage upstarts by the name of Odd Future Wolf Gang Kill Them All (OFWGKTA for short) were at the forefront of a rap revolution. Because of their 'outrageous lyrics' and 'controversial behavior' the group grabbed all the headlines, and with it, the zeitgeist. However, meanwhile, somewhere deep within a Brooklyn suburb a 16-year-old lad had just released the best rap mix of the new millennium.

Unlike the OFWGKTA fellas (Frank Ocean aside) Joey Bada$$ has gone from strength to strength in the following years. After his aforementioned mixtape 1999 he released a stream of free downloads before dropping his debut B4.BA.$$ in 2015. Instead of courting controversy and gaining the adoration of the ironic hipsters the man they call Joey has carved out his own unique slice of the rap world, a slice that tastes fresh, nostalgic, and somewhat bizarrely, a bit like apple pie.

All-Amerikkan Bada$$, the New Yorker's second full length record, feels like a culmination of all of the years spent working away at his craft. 'For My People' and 'Temptation' set the stall out early. Bada$$’s signature soul -infused samples are pasted all over the place, creating a almost surreally calm landscape for the man’s smooth yet vitriolic bars. It’s clear that he’s been taking note of what Kendrick Lamar and Chance The Rapper have been doing recently, that’s for sure. That’s not to say that the tracks are purely pale imitations of the real thing, that couldn’t be further from the truth.

Unlike his debut, the length of All-Amerikkan Bada$$ doesn’t allow room for filler. At 12 tracks long and totaling well under the hour mark Joey has ensured that there’s no time to focus on anything other than Mr. Bada$$ and what he has to say about the world. First single and calling card “Land Of The Free” leads way to a string of songs that establish, once and for all, a distinctive 'Joey Bada$$ sound' that may have been hard to pin down in the past.

'Y Don’t You Love Me? (Miss Amerikkka)' and 'Rockabye Baby' are surreally sleazy. Everything seems to be going in slow motion, it’s like you’ve decided to nibble some DMT at an anti-Trump rally. Everything is a bit confusing, you feel a bit queasy, but deep down you know, despite what the drugs might be telling you, that you’re on the right side of the fence.

The strange thing about the record is that the tracks just keep getting better and better as you go along. This could be seen as a criticism of the album being back heavy, but the way the album has been paced works perfectly, making the listener feel like they are witnessing the birth of an important artist. Which in a lot of ways, they are.

It will probably take Joey Bada$$ a few more years to achieve true greatness, but in 2 albums the man has more than eclipsed the rest of the class of 2012.

A future king to Kendrick’s throne?

If All-Amerikkan Bada$$ is anything to go by, I wouldn’t bet against it.