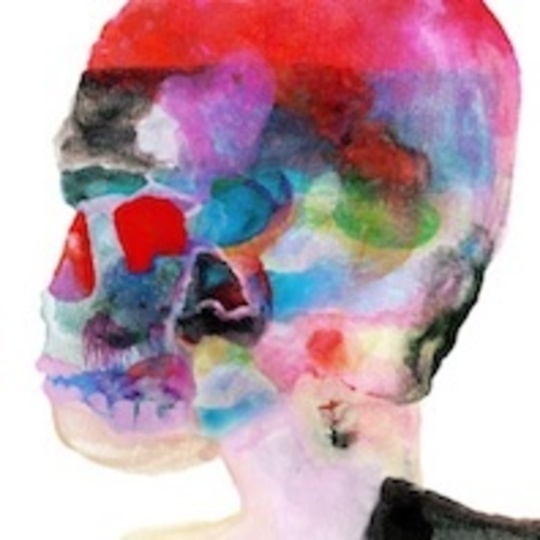 Nothing is certain except death, taxes and great Spoon records. So it really isn’t really surprising that the latest effort from the Austin veterans is great.

No, the big shock here is that the band’s ninth record, Hot Thoughts, is the biggest re-invention of their career. Over nearly 25 years they’ve always tinkered with the mould rather than breaking it, experimenting liberally but still keeping the ship steady.

However, Hot Thoughts sees Spoon shift their focus more drastically than ever. Electronics play a far bigger role this time around, aided no doubt by Dave Fridmann’s synthetic wizardry. Jim Eno’s unbeatable rhythms are much more lively too, less for rock n’ roll swaggering and more for dainty hip wiggling. Where the enigmatic Britt Daniel once dealt mainly in unknowns and abstracts, he now oozes a syrupy, seductive, leather-jacketed confidence. In short: Hot Thoughts is Spoon’s take on a dance record.

After the razor-sharp lead single ‘Hot Thoughts’, the first time this is truly obvious is on ‘Whisperi’lllistentohearit’, which, after an enveloping passage of disembodied vocals and synths, abruptly flips a switch and turns into a hurtling, New Order-inspired new-wave anthem. A Spoon song rarely transforms that drastically and that quickly, and it’s immediately clear that Hot Thoughts is going to be full of surprises.

Sure enough, they come thick and fast – ‘Do I Have To Talk You Into It’, a throbbing, jagged piece of electronic rock, blasts that Gimme Fiction era strut into 2017, whilst the earwormy ‘Can I Sit Next To You’ plays like a frisky cousin of ‘I Turn My Camera On’. The serious new-wave influences, particularly the chugging bass line of ‘Shotgun’, are some of the most tangible touchstones Spoon have ever displayed. Their output up to now was decidedly hard to categorise - not so here.

Elsewhere the band indulge some of their edgier tendencies. ‘Pink Up’ sounds like a lost Bonobo cut, recalling the strange atmosphere of ‘The Ghost of You Lingers’, and a rare vocal-less track ‘Us’ is almost entirely ambient, giving space to some gorgeous, velvety saxophone in the album’s final moments.

The downside of Spoon’s gamble on Hot Thoughts is that it won’t please everyone. For the rock purists reeled in early by 'Girls Can Tell' and 'Kill the Moonlight', a few moments may have too much groove and grandeur for comfort. The pumping four-to-the-floor of ‘First Caress’ is likely the biggest culprit, handing you a dose of 24-carat dance-pop that won’t be to everyone’s tastes. The sincerity of ‘I Ain’t The One’ - a minimal, keyboard-led ballad - could be spoilt by it’s youthful, metronomic beat, if that’s not your bag.

Even if the sound isn’t for you though, the existence of Hot Thoughts is a positive. Rarely does a band this far into its career, with such an established and celebrated sound, pull off a risk as well as this. The familiar intelligence of Daniel’s songwriting remains intact, and the band around him sound completely revitalised by the new approach. Whilst Hot Thoughts may divide fans, it stands as proof that class is permanent. Spoon are still one of the most forward-thinking rock bands around, and we’re still very lucky to have them 25 years later.