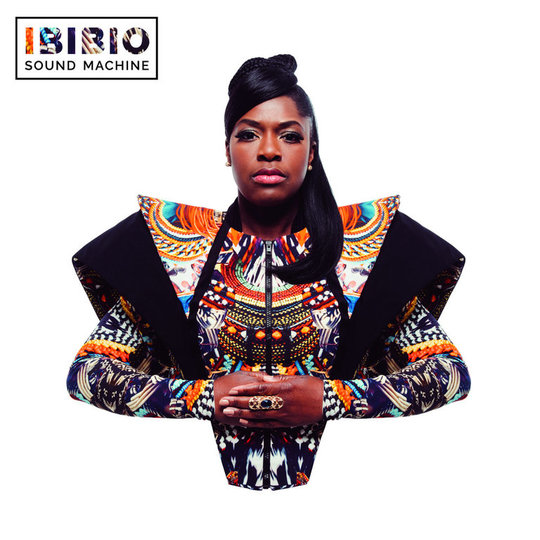 World events are such that the early days of 2014 could be 100 years ago now, but for some that period was set alight by the London group Ibibio Sound Machine’s self-titled debut album. The eight-piece collision of Nigerian disco-funk and modern Western electro and post-punk erupted from nowhere, armed with an eye-wateringly impressive stockpile of dance floor stormers. So irresistible was the result that it might have been thought impossible to replicate, but on Uyai, not only does the party continue, but it has expanded.

Their music, now as then, retains all the ebullient joy of their West African heritage (the Ibibio people and language are native to South Eastern Nigeria) and all the subversion of the London underground circles where their time is predominantly spent. Skipping, highlife guitars routinely rub shoulders with nocturnal synths and Eno Williams’ vocals slip from Ibibio into English and back, often imperceptibly.

Make no mistake, the band remain addicted to a good time, with several of the 11 tracks here espousing the riches of liberation, especially as a woman: on ‘The Chant (Iquo Isang)’, Williams sings, “Her heart beating so fast, instead of confusion, she felt free at last.” It dictates the mood, setting the table for the danceathon ahead.

Opener ‘Give Me a Reason’ is a banger, flooding your synapses with electricity that easily bypasses any insecurities you may have about your dancing skills. Jiving guitars and blasts of brass may kickstart the mayhem, but by the climax they are in unison with percussion both organic and synthetic, whilst someone blows a whistle manically. The glowsticks are implied. This isn’t rave music, but Ibibio Sound Machine are clearly acquainted with it, as they appear to be with every other form of dance music.

The energy bursts out of Uyai in countless directions: on ‘Power of 3’, it is most closely reminiscent of the debut album standouts ‘The Talking Fish’ and ‘Let’s Dance’, with the Nigerian funk taking clear control, replete with dramatic pauses and a core of live instrumentals. Previous track ‘Joy (Idaresit)’, however, is awash with synths that are distant relatives of Nineties jungle, albeit tethered to the ground by stabs of trumpet. ‘One That Lights Up (Andi Domo Ikang Uwem Mmi)’ pulses to a staccato guitar heavily indebted to Nile Rodgers, whilst ‘The Pot Is on Fire’ contorts to cowbell cracks and a Mr. Oizo-style flat beat.

There is one key distinction this time around to mark the group’s progression, however, as they become increasingly fascinated by the function that their music can have in non-hedonistic environments. The listener is given fair warning – the tracks where the pace is slowed and the mood darkened are studiously titled ‘Quiet’ and ‘Lullaby’. On the former, the guitars ripple rather than jangle, the synths mutate into eerie, ghostly forms and the vocals become breathier and reflective. Similarly, ‘Lullaby’ drops the BPM, opting for a slow build whilst harmony vocals drop to a literal whisper. It is alluringly virgin ground for them, and whilst they may tread carefully, the results are satisfying.

Whichever way they decide to pursue such diversions on future releases, one hopes that they remain as fixated on fusing together the dance traditions of their two homes. On that territory, Ibibio Sound Machine remain world leaders.