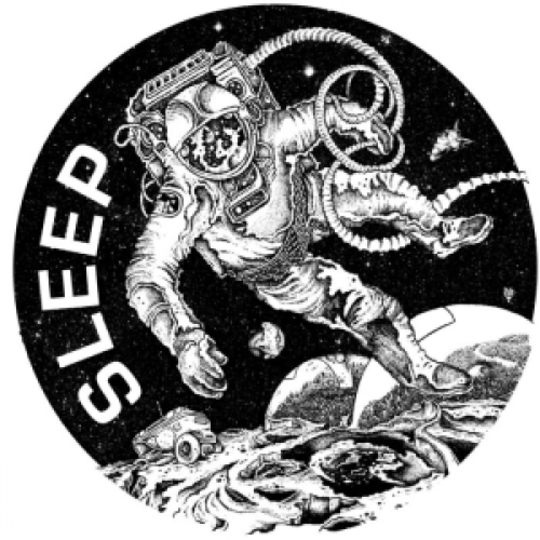 Al Cisneros’ fist-clenched closing mantra on Sleep’s ‘The Clarity’ feels akin to a profound summation of the stoner metal overlords’ sonic manifesto over the years. Originally released via Adult Swim’s single series back in 2014, the newly-remastered single – their first studio cut since their 2003-released overture Dopesmoker – is a full-bodied recapitulation of the San Jose trio’s unfuckwithable 'Iommic' clout and a rare opportunity to revel in what it could mean for future material.

Whilst Dopesmoker – and its earlier, truncated form as Jerusalem – will likely remain the band’s definitive statement in the realm of unrelenting, weedian heft, and 1992’s Holy Mountain captures the band as their most masterfully embryonic, there’s a decidedly well-defined authority to the pummelling smog here that hits home across its ten (all too fleeting) minutes. Recorded by Neurosis’ Noah Landis, this new version – re-cut by mastering engineer Adam Gonsalves – dredges glory from recognising that aiming for 'more of the same' needn’t necessarily be a bad thing.

Emerging from a Morse-like summoning, a tale of “weed fields” and "stoned chariots" is incanted beneath a pummelling one-chord chug that – whilst reminiscent of the somnolent repetition of Cisneros’ Om and guitarist Matt Pike’s most unforgiving work in High On Fire – is unmistakably Sleep to its monolithic, ear-shagging core. With thick, droning theta waves slowing the moment down to the sway of the riff, its interlude of classic, barefaced Sabbath worship (think face-melting solo and ‘Iron Man’ slowed down to a crushing two-chord swell) sees Sleep’s quintessential single-mindedness blaze into sharp, skull-crushing focus. Petering out in a rumbling, uncertain haze, a repeated listen proves critical.

Set for release on slick 180-gram 12-inch vinyl through L.A. metal imprint par excellence Southern Lord, this re-release – gifted real definition and weight via Gonsalves’ re-master – is as much a statement affirming Sleep’s legacy as it is an avowal of the band’s present-day relevance. With a busy year of shows, major festivals and that long-awaited new album finally rumoured to be in the works (Pike recently said, 'We have a lot of really, really good tunes. We’re just trying to get to the point where we’re comfortable recording that…') ‘The Clarity’ is a solid, if not familiar invitation to await a new chapter in the band’s Iommic life incomplete.