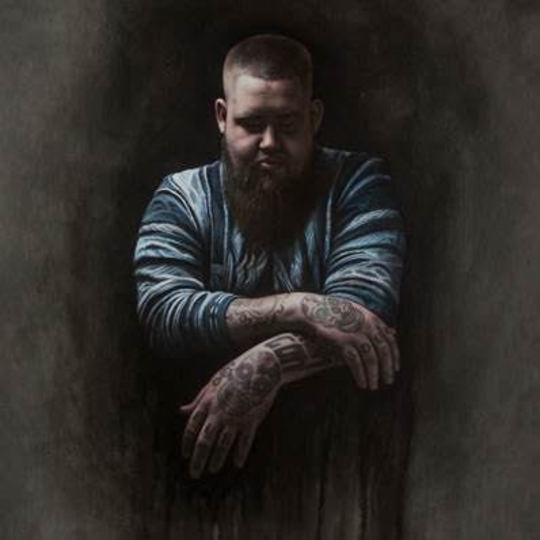 One of the first albums I bought – on cassette tape no less – was The It Girl by Sleeper. It is, by any sane measure, a pretty mediocre album. The singer can’t sing. The music is generic jangle pop. The lyrics are okay. I think I probably knew it wasn’t amazing even as I bought it. But that’s what teenagers did in 1996: we bought Britpop albums, most of them not very good.

Anyway, thanks in part to my efforts The It Girl by Sleeper went platinum, clearing 300,000 records sold, which wasn’t really that remarkable by the standards of the day: all of that year’s ten highest-selling albums had sold over a million copies (triple platinum).

Twenty years on and no album released in 2016 went more than platinum in the UK. Justin Bieber’s Purpose did 478,000. Bowie’s Blackstar did 410,000. Beyonce, probably the biggest star in the entire world, did 328,000 copies of Lemonade (so almost certainly less than what The It Girl sold).

Why am I dazzling you with these fabulous statistics? I guess the point is that two decades ago you could put any old bollocks out and half the time it’d sell more records than most artists these days could ever dream of. In 2017, such sales are achieved by only the hugest stars. And the odds of a major label record company just allowing a new artist of theirs to simply spaff out whatever they want and see how it does are precisely nil – the throw-enough-shit-at-the-wall-and-some-of-it-will-go-platinum approach of Britpop is long gone.

And what does this have to do with Rory Graham – aka Rag’n’Bone Man? Well here’s the thing. He is, in a technical sense, an abundantly talented man. At the risk of being awful, you only have to note that he looks more like somebody who drowns things than a chiselled matinee idol to suspect Columbia didn’t sign him for his ‘look’ alone. He’s been working away for years, initially part of a literate UK hop hop scene than included Kate Tempest, but largely sloughing off the raps on debut album Human – perhaps understandable given his impressive singing voice, an effortless, growling skip between growling blues and blue eyed soul.

If you’re familiar with his Gold-selling number two breakthrough single ‘Human’, you’ll pretty much have heard him at his best: an almost Spector-gone-hip hop wall of menacing handclaps, sampled whoops, cresting synths and Graham’s nagging simple, effective “I’m only human after all” lyric. The trouble with the album of the same name is that it has little more to offer than its lead single, and often considerably less.

Yes, Graham is a somewhat idiosyncratic talent. But the problem with Human (the album) is that it feels like it’s been over tooled for success, that the commercial facets of his talents have been blown up at the expense of what might have actually made him interesting.

In a sense his vocals are the exemplar of this: he is a really impressive singer, spinning on a dime from leather-lunged roar to a disconcertingly vulnerable, almost ANHONI-esque croon. But he sings almost exclusively in bland platitudes: at best there are cute reference to Led Zep (‘Die Easy’s chorus features the line “in my time of dying”), but mostly he communicates in a mix of vacuous pop lyrics (”sweet love, my oldest friend, have we come to the bitter end”) and vaguely bluesy formulae that either suggest a mild interest in faith and death, or more likely, an appropriation of the language of the blues without having anything particularly to to say with it. Even the record’s solitary rap, on ‘Ego’, manages to sound entirely tasteful.

Does this matter? Am I just being a dick to Graham because the Brits gave him some stupid award and the BBC put him second on its Sound of 2017? I mean maybe, but there’s just the feeling that a gifted, interesting artist has been somewhat spoiled by being pushed to be a polished pop star, that this is the version of his debut precision calibrated to be one of the ten or so records that might sell platinum this year, that ten or 20 years ago he might have come up with something much more interesting. Does somebody who seems so unlike other pop stars, with such an interesting background, really have nothing to say?

That’s shameless innuendo, of course. But again – look at Human’s (weirdly well-concealed) credit list – the main attraction in all this is Graham’s voice, and clearly he can write a song himself. And yet I count 13 other songwriters and producers lobbed in on top. They’ve constructed a sophisticated but slightly beige backdrop of soulful vocals and fuzzy beats, and they’ve probably helped him come up with the odd vocal hook. But to this ageing child of the Nineties it all seems a bit ersatz and unnecessary, a talent predication on an authenticity rendered inauthentic by multitude of meddling songwriters and an inability to sing in anything other than pastiche.

Graham is still a pretty welcome rejection of any number of pop star tropes. But the vacuity underpinning these songs is an empty space, begging the question what might have filled it if he’d just been left to his own devices.