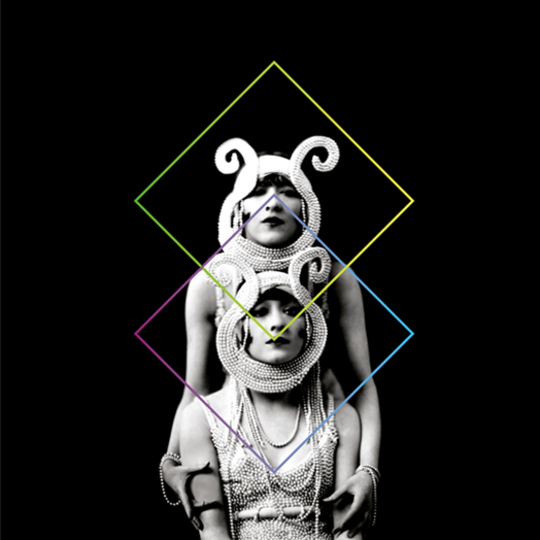 Italian experimental outfit Julie's Haircut are currently in their twenty-third year of existence and can count Sonic Boom, Damo Suzuki and Philip Corner among those who've collaborated with them. So it's no surprise that seventh album – and first for Rocket Recordings – Invocation And Ritual Dance Of My Demon Twin is an aural cocktail that fuses jazz odysseys with fuzz pedal heavy psychedelia, shamanic mantras and haunting melodies.

It's been an eventful journey for the Emilia-based sextet since putting out debut Fever In The Funk House back in 1999. Then they were more of a conventional garage rock band, albeit with psychedelic rock nuances and the occasional dalliance in shoegaze. They've slowly graduated into sonic experimentalists whose ambitious nature at traversing boundaries and cross pollinating genres can only be applauded.

Several line-up changes along the way have probably accounted for some of the band's shift in focus. And while Invocation And Ritual Dance Of My Demon Twin isn't exactly a sharp turn to the left for anyone that's heard the band before, particularly since 2006's After Dark, My Sweet which featured the aforementioned Kember/Boom and heralded a marked departure from its predecessors.

Here, opener 'Zukunft' sets out Invocation...'s stall from its first bars. Clocking in at 11-and-a-half minutes, 'Zukunft' operates somewhere between the off kilter jazz of Miles Davis and Can's furious repetition, gradually building with each passing loop before erupting in a cavalcade of tenor sax and percussion. Demonstrating Julie's Haircut's improvisational approach to songwriting rather than traditional structuring, it's a masterful introduction and one that sets impossibly high standards for the rest of the album to live up to.

That's not to say Julie's Haircut aren't averse to returning to their fuzzed out garage roots on occasions. Both 'Deluge' and 'The Fire Sermon' take their influence from Spiritualized/Spacemen 3 while sounding too close to either, lead vocalist and founder member Luca Giovanardi's dulcet tones omnipresent throughout.

The trippy 'Gathering Light' and self-contained 'Orpheus Rising' highlight the band's penchant for refined too, while recent single 'Salting Traces' creates a sub-genre of its own and begs the question why hasn't anyone successfully fused jazz and post rock before?

Closing piece 'Koan' sounds like a piano heavy close cousin of Bloc Party's 'So Here We Are' before turning into a shamanic mantra in its final stages. Full of unpredictable twists and turns its creators revel in conducting, it sums up Julie's Haircut in a nutshell. As left field and innovative as they come, and while that doesn't always make for the easiest of listens, Invocation and Ritual Dance of My Demon Twin should be applauded for daring to tread where many others would whimper at the thought.