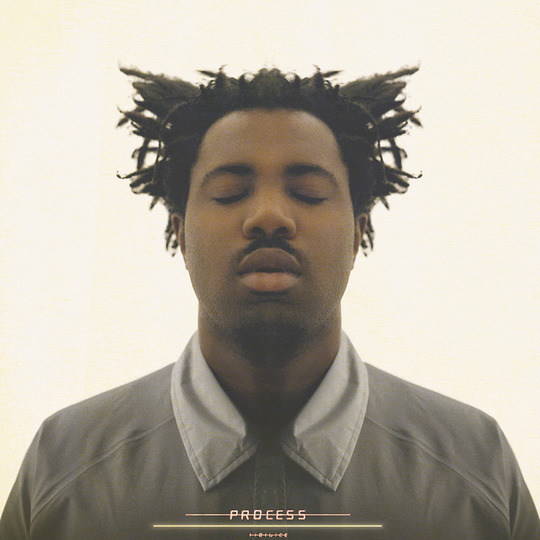 Sampha Sisay has waited a long time for this. The South London producer has been lending his touch to records by the great and the good for over seven years now: Kanye West, Solange, FKA twigs, Frank Ocean and Drake, to name just a few. His own records, consequently, have been few and far between, with 2013’s Dual EP a tantalising but frustratingly fleeting glimpse of his power as an individual player. Debut solo album Process, then, is Sampha’s eventual coming out party, and it is a titanic expression.

A sign of the scale of his ambition on Process comes with the first voice we hear: Neil Armstrong. “I’ll work my way near to the sunlight here without looking directly into the sun”, is the message beamed from beyond the clouds, a sentiment that underlies everything to come. Throughout the album, Sampha wrestles with the pains and challenges of his life, using the music as a possible escape route. Every word he sings and every production decision he makes is an attempted step out of the darkness. But just as Armstrong knew the perils of unfiltered sunlight, so Sampha understands the threat of forced emotion or synthesised expression.

The track that follows the Armstrong snippet, ‘Plastic 100°C’, is his best ever work. Opening with finger-plucked guitar and a vulnerable, injured vocal, he sings of living under a “magnetic light” which acts as a “magnifying glass up in my face”. A swell of pulsing synths gradually envelops the track, whilst Sampha makes reference to a lump he has found in his throat. It refers to a real life chapter of his life, but is just as pregnant with figurative connotations too. The track sets the pace for the album: bracingly honest personal disclosure, albeit loosely veiled, alongside finely crafted, richly expressive musical arrangements, where the electronic elements carry at least as much emotional heft as the acoustic.

Sampha is more than capable of raising energy levels when the time is right. Last year's single ‘Blood On Me’, for example, provides the record’s most danceable moment, boasting a chorus worthy of previous collaborators Jessie Ware or Katy B, all deviously spread over an irresistible Nineties trip-hop beat. Similarly, ‘Incomplete Kisses’ sashays and shuffles, with a smooth R&B vocal line just as infectious as anything on recent Frank Ocean or Solange releases.

But that is far from the album’s default position. Easily the most arresting and sure-to-be-talked-about track here is ‘(No One Knows Me) Like the Piano’, a stunning, raw duet between voice and keys. Sampha’s mother passed away during the recording of the album, a grief he channels with almost unbearable gravity, as he sings about first learning to truly express himself through the piano in his mother’s home. “You arrived when I was three years old,” he tells us, “you showed me I had something some people call a soul”. It is hard to imagine a more powerful device to marry his overwhelming sense of loss and his ongoing quest for inner peace.

Such direct means are not the only methods of expression at Sampha’s disposal. On ‘Kora Sings’, he appears to take on a character – indeed a mother, singing to her children from afar. But here, the skittering drum patterns and nervous, wandering synth lines are alienating and unsettling, perhaps more accurately reflecting the confusion and fear that can arise with such major life events. Elsewhere, restless 808s soundtrack ominous allusions to a car crash caused by a loved one on ‘Reverse Faults’, the only time that the claustrophobic anxiety that plagues the whole album really assumes control.

There is no doubt listening to Process that Sampha is dealing with a lot. But he is far from defeated – on the contrary, this record appears to be an invaluable opportunity for him to heal. As the inclusion of the Neil Armstrong quote suggests, this is a step back towards the sunlight. Where that step leads remains to be seen, but this process has already produced a classic debut album.