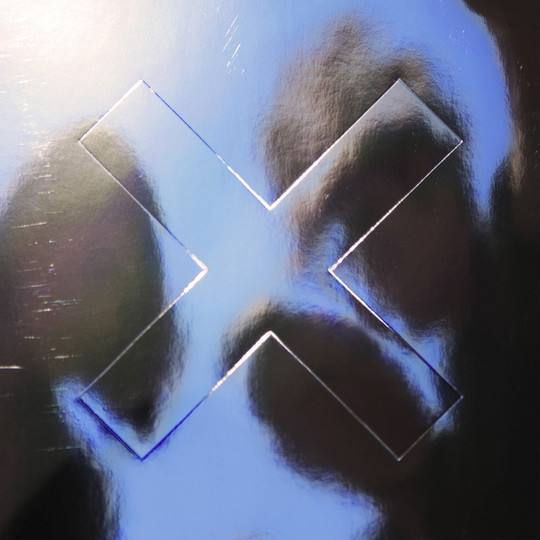 It doesn't seem that long ago that The xx, three teenagers from South London, took over the world. Yet, amazingly, it was the end of the previous decade when the band's self-titled debut was released. Music (and the world, for that matter) had been through a lot in the Noughties, but by the end of the decade, both American Indie music (LCD Soundsystem) and British bass/dubstep (Burial) were established mainstays in the way popular music was being consumed. There hadn't yet, however, been a new British band to tie these things together - their debut is one of only three certified gold records in the U.S by British acts in the past decade, the others being by One Direction and Mumford & Sons - and so to some extent, The xx's timing couldn't be better as we collectively barrelled into the new decade. Their combination of indie-pop sensibilities and deep, negative space utilising bass music made them the perfect storm to blow away the previous decade.

While this would make it seem like The xx's success a fluke, let's make no mistake here. The trio's self-titled record is still one of the best UK debut records ever released and this combined with their timing and humble nature made them the global megastars they became. While the band almost certainly didn't personally have world-conquering ambitions, their music suggested otherwise - a love letter in triumphalism.

However, any band with that amount of hope and expectation weighed on them need nerves of steel to keep it together, and in the time since, The xx have struggled to survive. The glacial follow-up, 2012's Coexist was a disappointment and as they recently pointed out in a Pitchfork interview (http://pitchfork.com/features/cover-story/9997-ill-be-your-mirror-how-the-xx-found-themselvesand-their-vibrant-new-soundin-each-other/), were themselves bordering on self-parody due to the pressure. Then, the band's silent background beatmaker, Jamie (XX) Smith, after a promising collaboration with the late, great Gil-Scott Heron, released one of the most popular and successful records of this decade In Colour. It was a perfect title for an artist largely dealing with monochrome until this point - a vibrant album which almost suggested, despite band members Romy Madly Croft and Oliver Sim's vocal contributions, that Jamie XX was going to supersede his parent band.

So it was a surprise when The xx announced their third album I See You for early 2017 at a time where, nearly, they had been forgotten. Even more of a surprise, for anyone who had heard The xx's music before (which let's face it, at this point is nearly everyone with ears) is that the band appeared to be taking on Jamie's solo successes with a sound far more on-trend with current pop music if advance singles 'On Hold' and 'Say Something Loving' were anything to go by. Given Romy and Oliver Sim's small contributions to the Jamie XX solo album, was this third XX album going to be more Jamie than ever before?

Well, thankfully, the answer is no. Despite being clearly more directed by Jamie's production and sampling this time and less reliant on guitars, I See You is still very much an xx album. In fact, it is clearly the most focused they have sounded as an act since all the way back in 2009 when they were first introducing themselves. The triumphalism is back, and this time it not necessarily at odds with the music it exists over. Take opener 'Dangerous', a statement song if ever we have heard one, it takes the brass sampling now associated with Jamie XX, but adds a brilliant, thumping bassline from Sim and a vocal performance from both him and Romy who exclaim "They say we are dangerous but I don't care," exploring the marriage between the excitement of a fulfilling relationship with performing music in a band.

For perhaps the first time, Sim and Romy sound comfortable in their dual 'frontpeople' roles, bringing a swagger and performance to their music which in its place used to be intimacy and charming timidness. Meanwhile, Smith provides an excellent backdrop to colour in the background behind the two vocalists. Aforementioned 'Say Something Loving' equally, exhibits this confidence as a band singing about familiar themes but presenting them in an entirely different way. Towards the end of the album, this manifests as pure pop music. Already seen on first single 'On Hold', but perhaps even more so 'I Dare You' which has the potential to be the year's big summer festival sing-a-long.

This said, it's not all happy-go-lucky - it is an xx album after all. The core of the record is a much darker affair with Romy's breathtaking 'Performance' and 'Brave For You' which equate her role as a musician and artist with her personal relationships to her partner and in the latter, her lost family members. It is here that outside influences begin to appear with the former reminding one of Savages' incredible track 'Adore' from last year, while the latter could easily be mistaken for a Beach House song. In-between those, Sim's 'Replica', a track dealing with his problems with drink and substance abuse, leans even more heavily into the band's already prevalent obsession with The Cure.

Despite these transparent influences, however, The xx still manage to successfully make these songs their own, even if there is an overbearing feeling with the songs' themes that we have been here before. Not all of it works, either. 'Lips' and 'A Violent Noise' are both the most Jamie XX production heavy, and both suffer for their exclusion of The xx's strongest traits as a band, bordering almost on "EDM" territory. Ultimately, though, this is a more than solid album from a band who it was once assumed had given up. While nothing will compare to the band's exceedingly unattainable debut, it is refreshing to see the band learn from their mistakes on Coexist and create something new and intriguing, but still ultimately them. While some of the band's critics can still point to the underdeveloped lyrical or vocal performances, that was never really the point in The xx who were so singular an act to start with. And besides, considering album closer 'Test Me' which summarises the band's personal and group struggles, there is no denying their physical prowess on record.