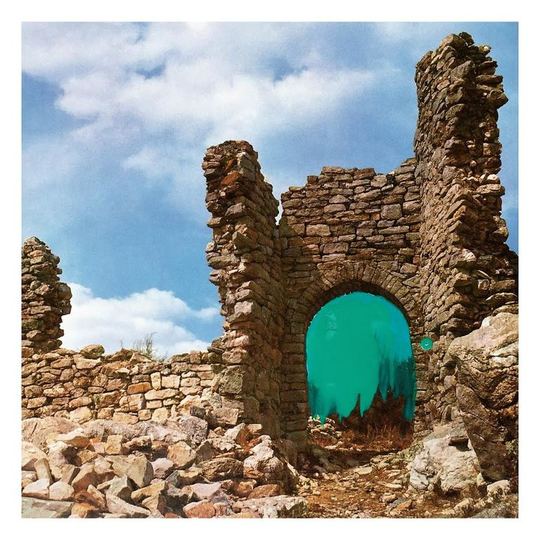 Stop me if you’ve heard this one.

So a woman walks into a bar. It’s one of those hip little enclaves in town, with hot pink and purple lights that run across the wall, and silver tinsel strung under the counter, and 'cool' music like Neu!, Brian Eno, and some occasional flamenco. They don’t get much foot traffic, except from the seasoned townies who hang here before and/or after a show.

Our woman pops in, approaches the bartender, and asks for a gin and tonic. She is not a townie, but a passing visitor to the town. He obliges as she watches the TV in the corner of the bar (set, as usual, on an old Japanese film with no subtitles). A song is on right now, that sounds like the rest of the music on rotation, but isn’t, which intrigues her. When she hears the glass plonk onto the counter, she picks it up and takes a sip.

'Oh, wow,' the woman says, and then takes a longer sip. 'This is really, really good.'

'You like that?' asks the bartender with a cheeky grin. 'You should try my Old Fashioned.'

So, over the course of the evening, the woman samples at least four more mixed drinks from the talented bartender. Each one tastes familiar, and yet some accent in the mix always sneaks into her pallet and surprises her. Granted, the drinks are still drinks, and she’ll feel like shit in the morning, but as drinks go, these surpassed her expectations. She swears to return to this bar one day, whenever she finds herself again in this town. After two hours of merriment, the woman leaves; only when she’s in her car and driving down the road does she realize that she forgot to ask about that funky song she heard before the first drink. Ah well.

Two years pass. Fate – well, and one of her favourite bands – lures her back to the town, so she seeks out the hip bar before the show. The place is barely recognisable – new white ceiling lights, vintage portraits of old town landmarks, and 'cool' music like Bonobo, DJ Koze, and Moby.

The same bartender is behind the counter, but he doesn’t seem to recognise her. She asks for a gin and tonic and watches the TV (which now features an old National Geographic documentary set in an African village). Once again, a song drifts down on the speakers that she doesn’t recognise, which resembles the other songs on rotation, but definitely isn’t any artist she knows. This irritates her. When she hears the glass plonk on the counter, she picks it up and takes a sip.

'Oh, wow,' she says, and sets the tumbler back down onto the counter. 'Did you even add the gin?'

'What, not your cup of tea?' asks the bartender. 'You wanna try the Old Fashioned?'

For courtesy’s sake, the woman tries the Old Fashioned. But the delights that tickled her tongue before are absent; the drinks taste as they should, and nothing more. This time, the bartender tries to talk to her as she tentatively sips the average concoction. Did he speak to her before? She can’t remember, actually. All she knows is that now, whatever he’s trying to explain, she already understands, or didn’t think needed explaining.

Exasperated, the woman finally cuts off the bartender, pays exact change for the two drinks, and stands up to leave. This time, however, she recalls the unknown song. 'Oh, by the way – who did that song you played 20 minutes ago?'

The bartender glances at a laptop behind the counter that the woman never noticed until now. 'Mmmmm…oh, that was the LeRoy one,' he said. 'That’s from his new album, too. He’s from Munich.'

Intuition tells the woman that this LeRoy is the same person behind the mystery track of last year; even if it wasn’t true, it was convenient, and that was enough for a solid deduction. “Thanks,” she says, and leaves.

Outside, the woman pulls out her phone and types a quick note for herself: 'Look up: LeRoy – Munich – 2015.'