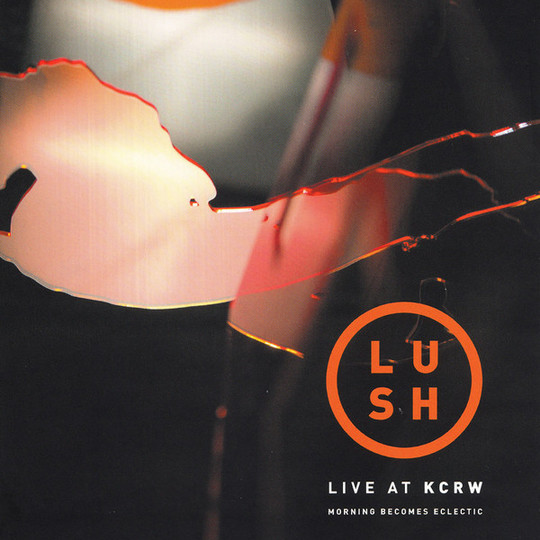 Although their reunion lasted barely a year, those shows from last April until that final November night in Manchester firmly cemented Lush as one of the most iconic bands of the Nineties. Equally loved and lambasted during their initial decade-long existence, their defiant refusal to play the rules at a time when women were treated as second class citizens within the music industry undoubtedly broke ground. Sure, there's still a long way to go before anything resembling a true state of equality is achieved, but progress has definitely been made since Miki Berenyi and Emma Anderson formed the band back in 1987.

Of course Lush's untimely demise can be mainly attributed to the tragic passing of drummer Chris Acland in the autumn of 1996. So it's testament to their mostly flawless back catalogue – not to mention rabid fanbase – that the band's music not only lives on, but has also stood the test of time remarkably well, while their influence can be heard in many post-millennium acts from the ethereally winsome M83 and School Of Seven Bells to Asobi Seksu's blistering sonic attacks, Lush can hold their heads up high – safe in the knowledge they never played by the rules.

This EP documents their first American radio session for 20 years. Recorded in Los Angeles on Monday 26th September 2016 at KCRW for Jason Bentley's 'Morning Becomes Eclectic' show, it comprises eight songs - basically a stripped down third of what was to be their live set during those comeback shows. Richard Lewis, founder and editor of the band's official fanzine Thoughtforms was present at the session, and after initial discussions with Emma Anderson and Phil King from the band, wheels were set in motion.

Just two months later with design artist Chris Bigg also on board, the EP was ready to go, accompanying the second and final edition of the fanzine while also becoming the first release on Lewis' own fledgling Thoughtforms record label. By all accounts the atmosphere in the studio was upbeat and positive even if there were nerves beforehand as the session was going out live on air that day. Listening back to the recordings, Live At KCRW - Morning Becomes Eclectic serves as a fitting epitaph for a band whose return was clearly about fulfilling unfinished business.

Those opening delay-heavy notes that introduce 'De-Luxe' still leave neck hairs standing to attention. The lead track from their first EP Mad Love which came out almost 27 years ago and for quality control from start to finish was never bettered. Unsurprisingly this was the record which catapulted Lush into the serious contenders bracket, and as with last year's live shows, there really is no more perfect way of introduction.

Prior to Mad Love they'd put out a six-track mini-LP on 4AD (Scar) and the inclusion of 'Etheriel' and 'Scarlet' here as representations of their earliest musings also prove worthwhile. While the former may have been partly responsible for umpteen music journalists using the term 'ethereal' to describe shimmering pop of a similar nature from hereon in, the latter harks back to their punk indebted youth.

'Out Of Control', the only track here off last year's Blind Spot comes across as a plaintive yet cohesive elder brother to 1994's 'Desire Lines' (also included here) and while the band made no secret early on in their reunion no more new material would surface, it suggests that reignited spark of creativity was dynamic, if only for a little while.

'Ladykillers' from their often maligned Britpop phase sounds revitalised, while both 'Lit Up' and 'Sweetness And Light' provide elegant demonstrations of Lush doing what they were renowned for. Nevertheless, when bass player King decided to leave last October the writing was on the wall and it was inevitable they'd call it a day once more. This time for good.

Live At KCRW captures them at their sprightly best. Memories are made of this.