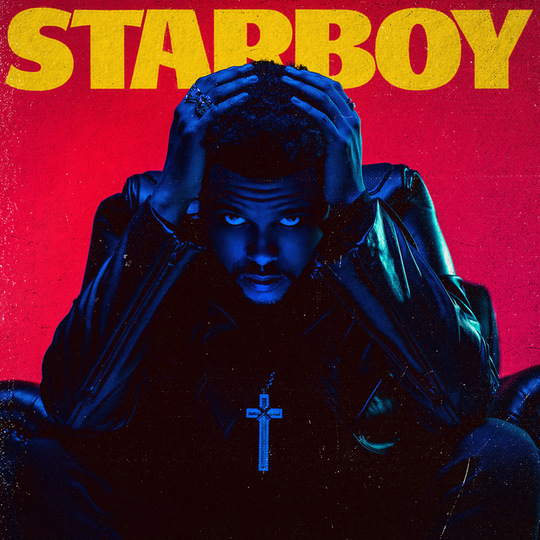 The difficulty with trying to be all things to all concerned is that, inevitably, cracks will appear. While the late Leonard Cohen famously observed that such surface-level flaws allow for light to creep in, there are instances where structural defects register as concerning.

In the case of Abel Tesfaye and The Weeknd, his latest manoeuvre amidst the cutthroat world of mass-market pop shouldn’t surprise anyone who fucked with last summer’s Beauty Behind the Madness. His lust still wanders and the games are very much as wicked, they’re just a great deal more palatable to the casual ear. That’s no bad thing, especially when you’re still determined to register as the biggest name in pop, but you’ve heard this one before. A lot.

Starboy ultimately finds its leading light adrift, but the initial launch is one for the books. The Daft Punk-assisted title track really is glorious; the kind of gorgeous waltz that trips up those who don’t understand the majesty of subtlety. ‘Starboy’ never really comes out of first gear because it simply doesn’t need to. It is an exercise in restraint, a flexing of production muscles (and money) and the kind of vocal acuity that few artists are capable of. It is one of the songs of 2016.

‘Party Monster’ is similar in that you could easily dismiss it as musically one-dimensional but Tesfaye’s command is exceptional. Taking control over a horror movie arrangement as he did on ‘The Hills’, he peppers a typical empty dalliance with dark dovetails - ”I’m like, got up, thank the Lord for the day / Woke up by a girl, I don’t even know her name” before surrendering to paranoia. This is often when The Weeknd is at its most interesting; the push-pull that his satyr-like existence stirs within the cloudiest recesses of the brain. The party and the after party, if you will.

This war of the self manifests itself in different ways, some of which are truly intriguing. ‘False Alarm’ has been met with near-universal derision and though that feels unfair, its marriage of styles doesn’t gel. The verses are superb, as Tesfaye feeds off kinetic bursts of energy until the chorus finds him playing a game of one-upmanship that his hand isn’t quite up to. Still, it’s a noble failure with plenty to admire. The greater conflict is considerably more problematic, however.

We get an early flashpoint in ‘Reminder’, where Tesfaye glides over a winningly simple arrangement with supreme confidence as he details discomfort and resentment at finding himself winning youth-centric awards for ‘Can’t Feel My Face’, lamenting that he’s ”not a Teen Choice”. Minutes later, he’s bouncing off the walls once more on ‘Rockin’, the kind of gaudy and generic – though undeniably catchy – EDM/R’n’B collision that blares at ear-splitting volume in tragically hip clothes shops.

Starboy is all about this difficult dichotomy, even when it achieves effective compartmentalisation. One only need take 12 minutes to watch the accompanying film M A N I A to get the complete picture of The Weeknd 2016, which picks up immediately following the conclusion of the ‘Starboy’ video:

Flecked with cuts from the record, the beautiful-looking - thanks to Natasha Braier, who worked similar aesthetic wonders on Nicholas Winding Refn’s The Neon Demon this year – short offers up a vivid distillation of Abel Tesfaye’s opulent excess; expensive sports cars, neon-soaked nightclubs, blood-drenched victory in violence, and dominance over a dead-eyed supermodel who is also apparently a giant panther. Standard enough fare, really, and worryingly egotistical.

As with writing for a big audience in mind, ego should play its part in the realm of pop. Hell, it brought Tesfaye to the dance in the first place. Starboy doesn’t just double down on his signature kiss-and-tell-and-then-get-upset-about-it style, though, it tells you over and over and over again something that you’ve known and understood for years. At 18 tracks deep, that’s, well, alarming. A seeming lack of quality control leads to clunkers like ‘True Colours’ – an exhausting R Kelly B-side and easily the worst song in the entire Weeknd canon – and ‘All I Know’, which brings a second, totally unmemorable guest turn from Future.

The decision to bloat his third record proper also brings Tesfaye and the listener to ‘I Feel It Coming’, which finds the lovable French robots still stuck in Random Access Memories mode, so it’s fine, it’s grand, it’ll do, it should be a lot better. Starboy is fine, it’s grand and it will do, and it really should be so much more.

You get glimpses – Kendrick Lamar’s verse on ‘Sidewalks’ does indeed live up to the slightly panicked reassuring billing (I guess Tesfaye was as concerned as the rest of us when K-Dot pitched up on that risible recent Maroon 5 song), Lana Del Rey is utilised better than she was on ‘Prisoner’ and there’s a cute nod to The Romantics on ‘Secrets’, but too often The Weeknd repeats himself or goes into Michael Jackson mode with mixed results; ‘Love To Lay’, for instance, is great fun but c’mon man, don a red leather jacket of your own.

You have a phenomenal voice. Find it again, please.