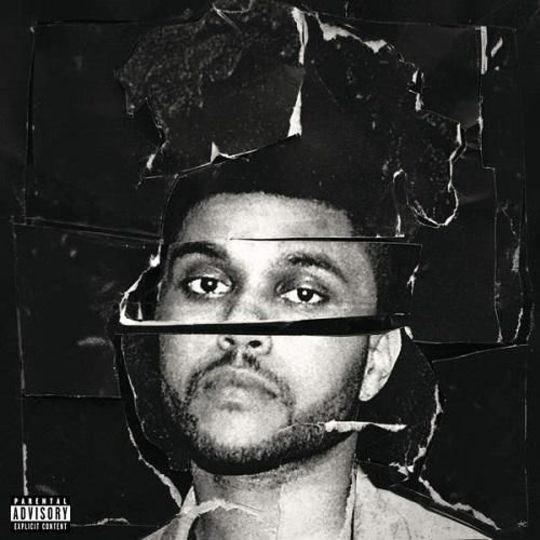 Nobody makes wistful sleaze sound quite so compelling as Abel Tesfaye. Under the guise of The Weeknd he previously stalked gloomy, self-loathing shadows, revelling in a most seductive mire. Now, with pointed aspirations to be the biggest pop star in the world, Tesfaye finds himself at a neon-lit crossroads.

The campaign has been relentless. Appearances on the soundtracks of The Hunger Games and Fifty Shades of Grey, heavy association with the launch of Apple Music and public endorsements from the likes of Taylor Swift and Tom Cruise have all played their part in his ascension. ‘Can’t Feel My Face’, the bounciest ode to drug-fuelled lust you’re ever likely to hear, welcomed comparisons to Michael Jackson. Gifted the Midas touch of Max Martin, the song is the ultimate mission statement for an act that not just wishes but absolutely intends to take the throne. All of this is quite the far cry from the bleak, meandering tone of Trilogy and the icy nature of 2013’s Kiss Land. Those who have followed him to this point would be forgiven for approaching his latest work with a certain degree of cynicism, but the truth is that Tesfaye doesn’t ‘sell out’. He buys in.

Beauty Behind the Madness is a glorious contradiction in terms as he attempts to be all things to all fans, old and new. Somehow, it works. Tesfaye may have tightened and maximised his sound whilst perfecting his smile, but The Weeknd is still racked with internal turmoil, still simultaneously bemused and amused by his dalliances between the sheets, of which there are apparently a great many. Can one become an all-encompassing pop cultural icon while dealing so unabashedly in wounds and grim debauchery? It’s a question that Beauty Behind the Madness ultimately poses rather than seeks to answer. Part celebration, part declaration, part maturation; Tesfaye’s second studio album proper presents a man seemingly obsessed with the opposite sex and his role in such encounters. If he’s not bragging about his prowess or justifying his actions - ”I don’t want to hurt you, but you live for the pain”, he insists on the notably clunky ‘Shameless’ - he’s turning knives inward, unsafe in the knowledge that he’s bad news.


This warring duality is what makes The Weeknd and Beauty Behind The Madness so intriguing. That, and Tesfaye’s ear for killer hooks and beats. ‘Real Life’, the record’s opener, is announced via distorted horns that act as the driving force for an elegant composition where piano and strings eventually unfold, underscoring Tesfaye’s words, the first of which prove telling:

Tell ‘em this heart doesn’t stay to one

I’ll be the same, never changed for nothin’

It’s all I know, never learned much more”

He’s deferring to descriptions of his character by others - chiefly, his own mother - and essentially nodding along, fixing a mask to his features and hiding in plain sight. There’s no place to hide on this record, though. It’s a beast with huge ambitions, most of which Tesfaye meets in confidence. ‘Losers’, which features nice work from Labrinth, is a defiant strut that would light up the biggest stage. The Kanye West-produced ‘Tell Your Friends’ would feel right at home on The College Dropout, even if its lyrics are a touch on the nose. Happily, Beauty Behind the Madness isn’t weighed down by additional personnel, but there are questionable cameos. Ed Sheeran’s stuttering presence on ‘Dark Times’ feels completely at odds with everything around it and the song doesn’t really go anywhere of note. Meanwhile, Lana Del Rey does her best to ruin the otherwise excellent ‘Prisoner’ with a typically empty vocal (it takes all of six words for her to mention ‘Hollywood’, of course) and an utterly useless spoken word coda.

Such heavyweight names add gloss and will no doubt result in dollar signs but Tesfaye is infinitely more interesting when lashing out largely alone. ‘Often’, tongue firmly in, er, cheek, is absolutely irresistible while ‘In the Night’ (which marks Max Martin’s other contribution) strides the same MJ territory as ‘Can’t Feel My Face’ and is every bit as impressive for it. ’The Hills’, rumoured to be about an affair with Ariana Grande, is a superb horror short, not least due its nod in the direction of the late Wes Craven’s The Hills Have Eyes. It catches Tesfaye at his most brazen and unapologetic, matter-of-factly informing his latest conquest that she’s culpable because she should know exactly who she’s been dealing with. As he notes, somewhat hauntingly; ”When I’m fucked up, that’s the real me”. The arrangement is quite exquisite, leaning hard on a thumping bass note when the chorus hits, giving Tesfaye’s numb musings terrific agency.

In amongst the bacchanal; personal growth. No, honestly. ‘Earned It’, a track way too good to ever be associated with the dreck that is Fifty Shades of Grey, is sweet, elegant and kind of heartbreaking as Tesfaye drops his guard and longs for something simple and conventional, all the while knowing that it’s just not for him. ”You know that our love would be tragic, so you don’t pay it no mind”. ‘As You Are’ and ‘Angel’, two efforts that belong on the soundtrack to an Eighties film drenched in the aesthetics of the era (seriously, swap out Red 7’s ‘Heartbeat’ for ‘Angel’ at the very end of Manhunter and see how well it fits) are more in line with this attitude, both finding Tesfaye reaching out to grasp something he feels he either does not deserve or cannot ever enjoy. ‘Angel’, a magnificent power ballad so earnest it almost hurts, sees him let go of his perfect idea so that she may find someone who won’t destroy her.

A glorious contradiction, then, one that can’t possibly satisfy all intended targets, but damned if it ain’t fascinating.