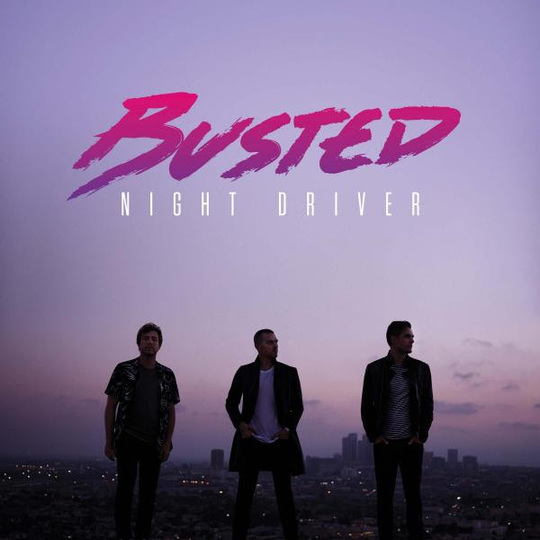 Being an avid reader of Kerrang! and deep into a nu-metal phase (look, it produced more than its fair share of bangers, okay?), I eyed this obvious interloper among such luminaries as P.O.D., Static-X and Puddle of Mudd (okay, the genre also vomited up a cavalcade of horror) with all of the suspicion and disdain that a musically ignorant teen could muster. This was the worst crime of all - a manufactured ‘edgy’ boy band masquerading as a ‘real’ one.

This is not to hail the original incarnation of Busted as some criminally misunderstood nuanced outfit; they were simply a relatively-harmless-if-a-touch-obnoxious pop act, and pop music should have at least a hint of cage rattling about it. Still, they really weren’t very good and when Charlie Simpson abandoned them to lead Fightstar, you welcomed ‘Palahniuk’s Laughter’ with open arms and hoped for a more promising career than the above-average one that came to pass – although it’s worth noting that ‘Mercury Summer’ is a perfectly-realised mix of light and dark.

None of which explains the Busted of the moment and comeback album Night Driver, their first new material in 13 years. The artwork, emblazoned with flamboyant Eighties American thriller movie font and pink dusk skyline, goes some way, however. Charlie, Matt and James have ‘gone LA’, you see. But what does that sound like, you ask? Well…

So it’s out with blink-182-aping pop punk and in with Maroon 5 x Daft Punk + saxophone solo and that’s… totally acceptable, really. Enjoyable, even. ‘On What You’re On’ is no outlier, either. From its dancefloor-friendly title track to the obligatory soul-searching closing ballad, this album is produced. With Lauren Christy of award-winning writing and production house The Matrix back on board and prolific American pop supremo John Fields manning the desk, Night Driver is in safe, market-conscious hands. And therein lies the problem.

Though nowhere near as objectionable as Robbie Williams’ most recent risible offering, Busted’s third album shares a similar issue in that it could be anybody performing these songs. They are practically session musicians on a record that allows for little revelation, identity or meaningful expression. Marks are hit and everything sounds pretty and for the most part well composed, but once again we are faced with a cluster of hollow crowns, some of which are bedecked with keytar lines (courtesy of James, forever the runt of the litter) that would make Van Halen blush.

The gloss is overpowering throughout, despite attempts to begin in vaguely quiet and contemplative fashion. ‘Coming Home’ is at its best when throwing Simpson’s trademark earnest drawl front and centre but he’s underpinned by weak support that leans into nonsense lines like “Went past the Taj Mahal / It’s so fuckin’ beautiful” and a gaudy synth flourish that kills any air of maturity and reflection previously flirted with. Such glamour pops up at least once per song and suffocates, for it is entirely unnecessary. There’s a story to tell here, one of how and why these three friends are making a go of things again – presuming it’s not simply a case of Charlie requiring an easy pay day after sinking time and money into a solo venture – but Night Driver is all surface.

In that regard, it’s fine. You do wonder what the styled roustabouts who visualised the future and crashed weddings would make of these 12 tracks, though. Would they be offended by a song entitled ‘Kids With Computers’ or accept that we all grow older and adapt and hey maybe they’d even dig the knowing digitised Euro-pop offered up by the chorus? It’s a strange mix, this, all busy rhythms, gated reverb and stock reverie. On ‘New York’, they go a bit Police. ‘I Will Break Your Heart’, meanwhile, goes all in on plink-plonk cadence, the chief melody recalling a Passenger song from before he was big by the name of ‘Walk You Home’ in which he comes across as a seriously creepy stalker type. Seriously, look it up. It’s weird.

Busted’s transition to the wrong side of 30 is less jarring or concerning, even if one-time fans will likely meet Night Driver with understandable trepidation. Though it would have been nice to feel a greater sense of ownership, it’s a solid enough new chapter for a group who always kept it light, so why change all that much now? Besides, it’s almost definitely a better effort than anything McFly 2.0 would come up with.