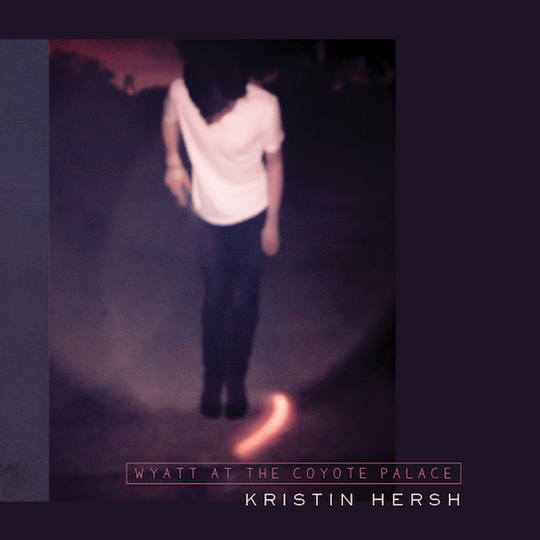 Anyone describing the mammoth body of work of Kristin Hersh would use just about every word in the English language before considering 'ordinary'. The co-founder of Throwing Muses and frontwoman of 50FOOTWAVE, with eight solo albums already to her name too, seems endlessly, tirelessly inventive, whether she’s in rock bands or playing every instrument in the studio. So it’s no small statement that this ninth release, Wyatt at the Coyote Palace, has the feeling of a masterpiece.

The whole release comprises two CDs and a book, where the lyrics for each song are printed alongside an anecdote, normally one wherein Hersh narrowly escapes death, sometimes accompanied by an image. While reading and listening at the same time can occasionally get a bit much in terms of how much stuff there is to take in, the music of the album sets the tone for the book so beautifully, so perfectly, that it’s worth it and more. Musically it's about as Kristin-Hersh-solo-work as it could get, and at its best at that, made up of layered acoustic guitars playing chord sequences and melodies that move seamlessly between bizarre and accessible, combining the two in a way that needs to be heard to be believed. With her raspy voice over the top, it has that sense of earthiness that feels just a little magical, painting images and evoking sensations that feel weirdly reminiscent of this scene in The Craft.

Because there’s a pervading sense of wonder at the world that might border on a sense of mysticism, but only because reality seems so overwhelmingly amazing. With her acoustic guitars she paints in pinky reds and oranges and warm, earthy greens, and her lyrics zoom in on the natural aspects of her stories of near death, augmented by her occasional use of field recordings. This wonder at life, reality, the world, seems as much the point of the central theme of death as the morbid contemplation of death itself; indeed, as her son Wyatt puts it in the story accompanying ‘Shotgun’, “crossing the threshold and starting a new life”; they are considered two sides of the same coin.

Her lyrics maintain throughout the album a sense of abstractness, yet reading the accompanying anecdote doesn’t tend to shed as much light on the stories behind the songs as you’d expect; rather, they’re simply a clarification in full sentences of what we’ve already been told. The effect is like one of a strange sort of reverse colouring in: she first paints the colours of the images in shapes that could seem equivocal, then adds the outlines last to clarify the details.

Yet every detail of the lyrics seems somehow so important - indeed, literally vital - in a way that’s expressed often perfectly by her music. Her sense of dynamics, exemplified possibly most beautifully in ‘Day 3’ (especially transitioning from ‘Wonderland’), is impeccable, starting beautiful, slow and quiet, with a lowness of energy that almost feels muted, then building up by adding layers and broadening the range of the melody as well as getting actually louder. These parts that feel 'bigger' are as beautiful in their glory as the 'smaller', more understated parts in their whispering subtlety.

It’s interesting that in an accompanying interview Hersh compares the experience of sharing this work of hers with sharing your religion with someone, since this double album and book makes for an all consuming experience of wonder that does seem comparable. While getting the most out of this work takes a couple listens with at least one (simultaneous) read through with all your concentration, it’s worth every second and every bit of energy.