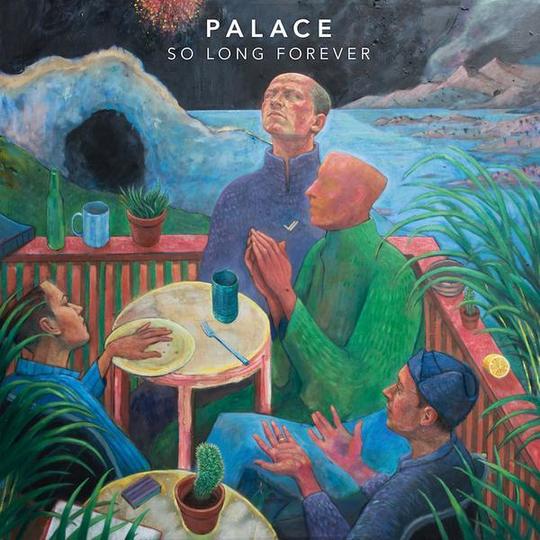 “I wanna see in your soul, I wanna tame this animal, you give me shame, you show me lies, I wanna change my alibis”.

As opening lyrical gambits with which to herald your band's debut album, these announcing the arrival of Palace with So Long Forever’s first track, ‘Break The Silence’, are instructive of what is to follow. They sound good. Punchy, even perhaps pithy at points, but, upon closer inspection, it’s not actually entirely clear what they are about.

Palace have an approach, which to a large extent works exceptionally well. Landing somewhere between the lighter, hushed tones of Jeff Buckley on the one hand and the widescreen indie of Longview on the other, this is an album of many high points. Frequently, the focus is on the keening vocal of frontman Leo Wyndham. His is a versatile instrument. On the rolling ‘Live Well’, for instance, he is powerful, giving a bright tune more punch than might otherwise be expected. On the beautiful ‘Blackheath’ the combination of his voice operating at a softer pitch and the intricate instrumentation of bandmates Rupert Turner, Will Dorey and Matt Hodges take things in a distinctly Grace-era Buckley direction, the song and its sentiments sounding like they could comfortably fit on that record. There’s not really a higher compliment that could be paid, one suspects, to Palace at this juncture in their career.

‘Bitter’ beautifully juxtaposes the arch musicality of art-rock with a festival field filling singalong chorus. ‘It’s Over’ is another track built on the best of what made Buckley connect so stratospherically. Pleasingly, perhaps for the first time on the record, things get close to a loss of control but then, maddeningly, we never quite topple over the edge. And this, I would contend, is the crux of the issue with this otherwise fine debut album. It all feels too controlled, almost winsome. Palace have some great songs - the chorus instrumentation of ‘Fire In the Sky’ renders its future as the musical bed for innumerable film scenes looking out over intense sunsets assured, ‘Have Faith’ drives with real panache and purpose - but the smooth sheen of the mix and mastering of this album and the resulting over-reliance on Wyndham’s vocals to carry the tracks mean that many fascinating musical flourishes are lost. It also means, as alluded to earlier, that it’s not entirely clear what kind of band Palace want to be. There is a really good band fighting to be heard on this record. Palace are a band with the potential to be huge. This album is a fine step in the right direction. Here’s hoping that their future includes a few more steps into an identity which can be can be all their own.