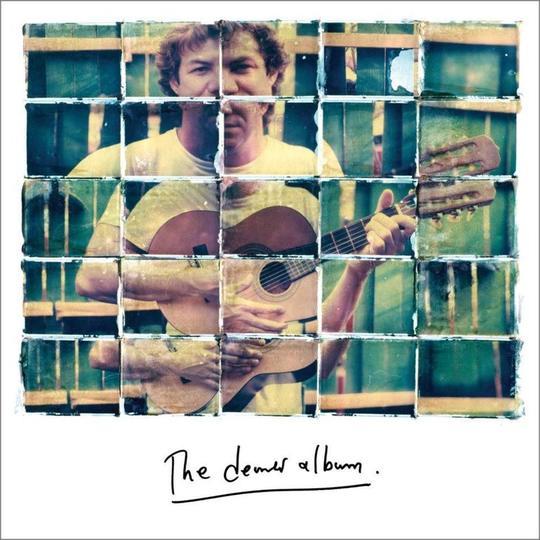 What The Deaner Album highlights, in a way that probably even Ween fans who haven’t seen the band live before won’t realise, is what an extraordinary guitarist Dean Ween is. If you’ve seen him live you’ll undoubtedly have seen his eight minute virtuoso performances; hair flailing, arms and hips gyrating with his face looking like he needs the toilet soooo bad. But that doesn’t translate easily to record - until now.

‘Dickie Betts’ opens proceedings and peals out guitar riffs that have the dramatic flourishes of “Peaches En Regalia’ and somehow jolt them into further swampy Tulsa riffs that could be a hook from ‘Love Shack’. It’s a glorious instrumental to get the party started.

It’s promptly followed by ‘The Exercise Man’, which offers a hearty dig at the step-trackers. A more outspoken ‘Parklife’ it tells of a fitness nut who dies at 57. You’d expect, no you’d want, this from the Deaner. You want the Deaner to be hard drinking, hard smoking, big fishing and carefree, and with the final reprise of “You stupid asshole/The Exercise Man’, it’s hard not to raise an imaginary tinny in the air and chug it back (and then crush it on your head and do an imaginary hurl).

While Ween’s subtlety was never their selling point (but instead a delicious present undertone that added to the comedic effect) The Deaner Album also makes it clear that any poignancy and lightness of touch they did deploy came from Gene. The manically egotistical ranting of ‘Bundle Of Joy’ is so fat-fisted and hilarious that it kicks The Lonely Island’s ‘Like A Boss’ in the nuts, and then bites them off, and gives them a blow-back with the blood, and in the middle he sticks a guitar solo that’s so tripped out and psychedelic it condenses every Toy album into 23 seconds of flanged noodling. It’s a fantastic piece of music and hard riffing smashed under a comedy narrative.

Some hesitance could be expected given this is a 14-track beast, but it flies by. ‘Shwartze Pete’ skiffles through all too quickly with the timings and liquidity of gypsy jazz guitar playing, like some two minute silent movie skit that’s satisfying in the ease with which the lead guitar glides around melodically.

If anyone lives to the motto that their guitar is their axe, it’s Dean Ween. He just blitzes through everything, shards fly around that become hard-rocking tunes. If you’re expecting any reprise here, a moment of calm, forget it. He closes with ‘Doo Doo Chasers’, that’s the closest you’re going to get; and as it blares out like some Eighties soft porn soundtrack that blues-funk oozes as though Eric Clapton plays lead and Rick James bass, for all the album’s puerility, tastelessness and overtly white-male bravado, its all too apparent that we need more music that offers humour and musicianship. They don’t have to come together, so its great in that The Deaner Album they’re such easy, and vigorous, bedfellows.