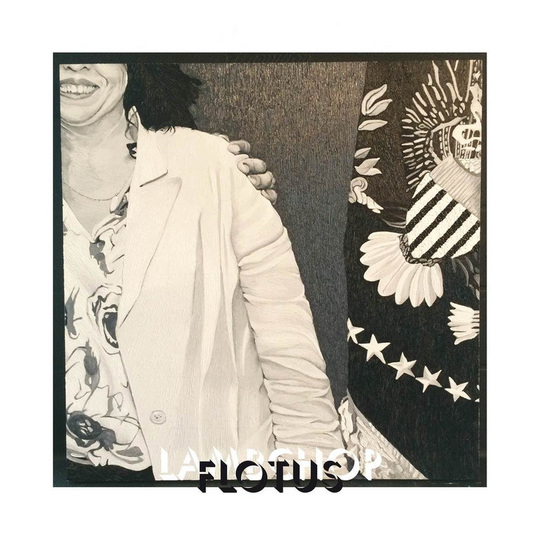 Lambchop’s 12th record won’t necessarily surprise anyone in that it is another shift for the ever-evolving artist. For decades, Kurt Wagner has continued to divert expectations throughout his work, since his humble beginnings as an alt-folk/country artist in the early Nineties, he has continued to mould his sound depending on the mood of the day.

While FLOTUS may sound like a political album, it remains a largely personal affair, using the well known American presidential acronym to stand for For Love Often Turns Us Still. Wagner has remarked in interviews that he was deeply influenced by hip-hop and modern RnB in constructing this record, using samples and effects in the same vein southern trap music might. The strange thing, however, is how musically, FLOTUS sounds so much like another well-known shapeshifting alt-folk artist in the form of Bon Iver. The vocoder-altered vocals here so similar at times it is hard to tell the records apart. While Lambchop is at least a bit more interested in basic song structures than that other well-known artist, at times, there is an unmistakable strike against the form that both artists, however coincidentally, share.

That said, nothing on Bon Iver’s latest comes remotely close to FLOTUS’s first and last tracks. Between the band’s long-form songs, ‘In Care Of 8675309’ and ‘The Hustle’ Lambchop has created something truly special. Between these two double-digit running time epics, the space created to really let the songwriting nourish into the beautiful songs they are. The repetitive building of layers, on ‘The Hustle’, especially create an incredible level of mystique before breaking down with Wagner's gorgeous, unfiltered voice crooning some of the most romantic words you’ve ever heard uttered. In many ways, the album feels like it has been building to this incredible moment.

However, this doesn’t necessarily work to the record's advantage. For everything in between, suffers a little from the weight of those two tracks. While there are plenty of interesting ideas and moments to be found on the album – “the New York stock exchange of ideas” from 'JFK', the conversation in ‘relatives #2’, ‘writer’s wordplay, ‘NIV’ flowing interplay- the core of the album feels a little underdeveloped in comparison. Too often FLOTUS relies too heavily on lounge jazz sounding samples and layers that fail to distinguish much, while too often the vocals hide behind their effects that they fail to make any real lasting impact.

The reason why I bring up Bon Iver here is that while he could be accused of similar crimes which his latest, his outright rejection of his previous form and fame actually makes for a fairly enchanting listen. This sounds like a veteran who does and should know better who hasn't quite settled on what he really wants here. So, it is a strange experience listening to FLOTUS, because its great moments really are great, and shouldn’t be underestimated. However, when an album is bookended between two potential song of the year contenders with little to grasp in between, it’s difficult to really get too invested in this record.