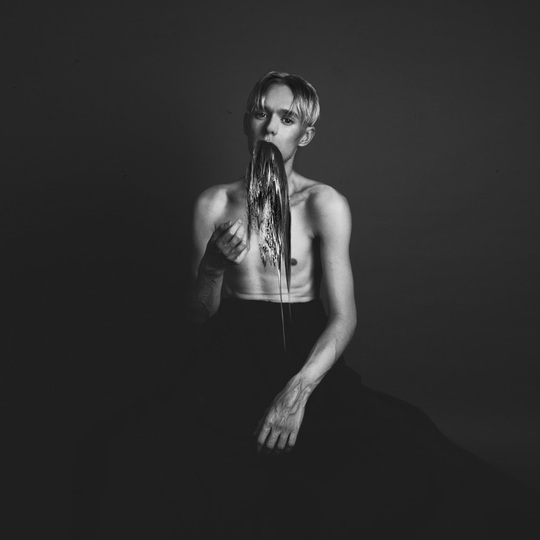 The age-old adage that the second album is the hardest is perhaps particularly apt for singer-songwriter Douglas Dare; after coming out to his father and ending a long-term relationship, writing a follow up to his acclaimed 2014 debut Whelm, can’t have been easy. His latest offering, Aforger, deals with the turbulence in his own personal life candidly and emotively, yet he somehow manages not to write the break-up album many would have expected him to write, nor does he rest on the laurels of Whelm’s successes.

'I was determined not to write a break-up album or repeat what I’d done before,' Dare says of his latest. He takes the idea of a forger – someone creating imitations or copies – and abstractly reimagines them as the creator of something, but something that is no longer real. Dare says the events of his personal life 'leaked into the record and formed the core of Aforger', particularly as the events caused him to question what his perceived idea of identity and reality really were. And after losing so much in such a short space of time, it’s no wonder reality seems a little off.

Where Whelm was fairly bleak, Aforger is painfully dark, delving into the most personal thoughts of a soul at its most exposed and vulnerable. It is perhaps felt strongest on ‘Oh Father’, a deeply emotive and candid address to his father. “I want you to be there / I want you to cheer us…/ I want you to love him / As much as I do / For he is my lover / And a son to you.” Its urgency and message is deliberately overt in what feels like a desperate plea to a father who hasn’t taken the news of his son’s coming out well. “The lyrics are quite purposefully unambiguous and direct…it’s the most personal song I’ve put out,” Dare says of the track.

Like many of the songs on Aforger, the music on ‘Oh Father’ can feel deeply unsettling at times. Just when you think you have its measure with stripped back piano and gentle drones, the song suddenly distorts into ethereal choir-like ambiance, disorientating the listener into what feels like a two-part experience. It takes you quickly from observing a difficult situation into one of looking directly into a tortured soul – and it’s overwhelming. At times, it feels too uncomfortable, as if we are observing something much too painful and much too private to be shared. But bravely share it he does, perhaps hoping to reach people in similarly difficult circumstances.

The same is true of the haunting track ‘Thinking of Him.’ “I saw it all fall down / I saw it all fall to the ground” he sings, “now the truth is out / I won’t sleep without thinking of him,” in arguably the most honest song about his break-up on the album. Yet it still isn’t a break up album: the identity crisis that comes when a world comes crashing down post-breakup is more predominant somehow for Dare. The chaos it has caused is never far away, however, and this is always reflected in some experimental electronica and distorted drone.

Dare’s vocals have lost none of their emotive brutality; the juxtaposition between his delicate voice and the brutal messages he conveys still fascinates, just as his experiments with heavy synth and drone alongside a solitary piano sound impossible, yet somehow work. ‘New York’ is a good example of this. Beginning with a solitary jazz-piano, the background synth and drone take over as the track progresses, matching the moment when the message of his song ultimately becomes more painful. “How could I ever believe / After I’ve been deceived / Open it all to me / Will I ever love another / Or is this for good?” he asks. The song takes you to downtown New York and a cool jazz bar; think more Manhattan than Sex and the City. "Was New York a lie?” he asks, alluding to how the turmoil in his personal relationship has made him question reality.

Cutting sirens open ‘Doublethink’ (think Beyoncé, ‘Hold Up’) which feel a little out of place but are in keeping with a song which charts an emotional breakdown via a grunge-like guitar, distorted wails and a minimalistic piano and organ duet. With a title taken from the idea of ‘doublespeak’ in George Orwell’s Nineteen Eighty-Four, the song explores the lies that come from a relationship breakdown and the slanted realities it causes. “What’s this I read? / You betrayed me / But I don’t recall / I’m buried in double thought.”

Aforger is stream of consciousness lyricism at its most exposed and brutally honest – and that means it that can sometimes make for a difficult and emotive listen. Yet in the music comes the fascinating hope of the album, like on the largely instrumental track ‘The Edge.’ “Set out on a path / Without a map or dial / We thank you Explorer / For the Edge…”. Somehow, in the midst of the misery, Dare seems to find some sort of solace. And whilst it’s certainly no conclusion, by getting to the edge of our realities, to our darkest places and the sum of our fears, we can somehow make some sense of it all with Dare himself.