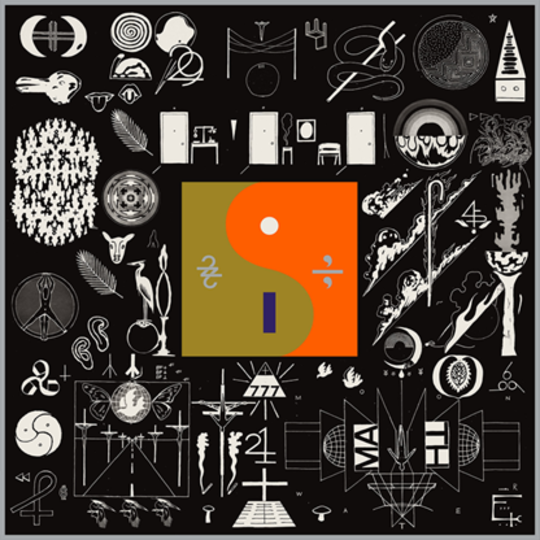 It’s gotten to a strange unyielding point where you expect to be met with an elegant-yet-flawed sketch of a snowbound cabin should you opt to look up ‘Bon Iver’ in the dictionary.

People don’t want to let it go. Male admirers, in particular, hold little desire to drop a fistful of frost atop the coffin of an image that speaks to winning grace and vulnerability, aspects of their own character possibly isolated. The romanticism and naked pain of it all is indeed rather overwhelming, and Justin Vernon, blessed with rueful croon, is quite the beguiling conduit, but even he boarded up the source of his creation and trudged forward in search of sunlight, letting the world creep back in.

And it’s not like ‘Bon Iver’ is in the fucking dictionary, anyway.

Hey, I ain’t judging. I get off on the whole wounded masculinity thing, too. There are a great many songs that make for sterling bedfellows when ensconced in the dark with whiskey in the belly and headphones wrapped tight. Justin Vernon has written a handful of those. His signature brand of winsome heartbreak and searching, sometimes-alien tones can permeate the soul like smoke, regardless of the level of one’s intoxication. For Emma, Forever Ago feels forever ago now, but your brain easily recalls the first time ‘Flume’, ‘Skinny Love’ and ‘Re: Stacks’ met you in such unflinching earnest. For the aforementioned, see the assured self-titled follow-up and the likes of ‘Holocene’, ‘Calgary’ and the gloriously knowing ‘Beth/Rest’.

22, A Million, though considerably Bon Iver’s most abstract work to date, provokes the same reactions, the same emotions, the same sense of wonder. The opacity extends beyond the presentation of a track listing that appears to have been birthed from the pen of transcendental author Mark Z. Danielewski to emerge as its own unique supporting character. Vernon has teased further blurring of the lines in the future, perhaps going as far as to deny any new promotional photographs. As it stands, he is obscured in the current batch, but, fittingly, you can make him out.

The third Bon Iver full-length boasts new and old tricks in a bid to deflect, but even this practice feels deceptive. 22, A Million, when you take the time to truly unearth it, may well be the warmest work of his career. Consider Vernon’s closing thoughts as the pensive ‘00000 Million’ gracefully bows out:

”Well it harms it harms me it harms I’ll let it in.”

Some 35 minutes prior, he was reiterating that ”It might be over soon.”

Acceptance and ownership make for powerful agents. In between these admissions, he talks of bleeding vines, hallucinations, daemons and ”alimony butterflies”. He peppers his prose with terms like ‘Astuary’, ‘dedicoding’ and ‘paramind’ as if they belong to the popular lexicon. In the manner of what has come before, only grander now, this world is entirely of Justin Vernon’s making but you and I may reside there, too.

We can get lost in the ‘715 – CRΣΣKS’, a begging confessional in the cold-yet-inviting vein of his ‘Woods’ and Imogen Heap’s superlative ‘Hide and Seek’ before them. We may saunter along with the distorted folk dance of ‘33 “GOD”’ and board the galvanic locomotive that is ‘10 d E A T h b R E a s T ⊠ ⊠’. We are afforded the opportunity to tune to the frequency, even when a curiosity such as ‘29 #Strafford APTS’ rips and tears at the safety net.

22, A Million is a triumph even before ‘666 ʇ’ and the Springsteen-dashed ‘8 (circle)’ cast their own entrancement. The beauty of it is that this is a puzzle, one that will initially confuse and ultimately resonate in a way that feels deeply organic. It is purpose-built for headphones (twilight hours and good booze optional but highly recommended) and healthy, rewarding introspection. Throughout this vivid brocade, Vernon, despite often setting down defined markers of a runaway, chases unspoiled solace.

Plagued by very human ills, he confronts his fear of losing control in the most exquisite way imaginable. He decides to let go.