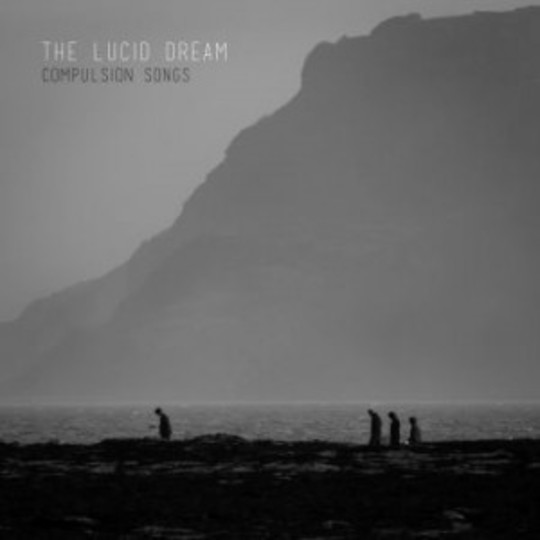 As psychedelic rock seeps into every genre's pore, its becoming increasingly difficult to separate the imitators from the originators with every passing release. Thankfully, Carlisle outfit The Lucid Dream have been ahead of the game from the first whistle. Their path from the first notes recorded has been one of continual development. Adding new elements to their already expansive sound with each passing recording. They've quietly found themselves elevated into the psych scene's premier league without so much as a latent murmur or reference to other major players in their field.

Whereas debut album Songs of Lies And Deceit announced their intentions albeit with a more traditional slant on proceedings, last year's self-titled follow-up saw them push boundaries into territories many of their contemporaries wouldn't dare to tread. Fusing ambient textures with dubby overtones, it attracted the attention of BBC 6 Music as well as picking up rave reviews all across the board. So it shouldn't come as too much of a surprise that album number three, Compulsion Songs, continues in a similar vein.

Recorded late last year at Liverpool's Whitewood Studios with Rob Whiteley who co-produced the record with Leeds based sound engineer Ross Halden. Compulsion Songs highlights each individual element of The Lucid Dream's make-up and like its predecessor, takes the listener on a journey that is never predictable but always rewarding.

What has always been apparent about The Lucid Dream is that despite being pigeonholed with the psych crowd, they've never towed the same line as many around them. Instead, their music has managed to mirror the true definition of psychedelia in that no rules are followed or adhered to and as a result no set pattern emerges. Which can only be a good thing.

Opener and lead single 'Bad Texan' introduces the album in tumultuous style. Crashing drums give way to a bassline that shuffles along like the funky drummer on acid before loud guitars reign supreme. Fusing all the main components of a Lucid Dream live show - and believe me they're an entirely different proposition altogether in the flesh. It's the nearest they've come on tape thus far to replicating their explosive show.

The laidback groove of 'Stormy Waters' provides an element of tranquility before 'I'm A Star In My Own Right' combines eight minutes of dub and reverb invoked haze. Coming on like a soundclash orchestrated by Lee Perry and Kevin Shields, it takes the template ordained on 2015's 'Unchained Dub' to its next inevitable checkpoint. Demonstrating the band's more experimental side in the process, the piece eventually eclipsies into a monolith reminiscent of The Black Angels 'Science Killer' or even 'Armagideon Time' by The Clash.

Two short compositions follow suit in the shape of 'The Emptiest Place' and '21st Century'. While the former takes The Coral's blueprint for psychedelic sea shanties into punk rock territories, the latter comes on like a Pink Floyd outtake albeit given a post-millennial makeover. What appears to be an air raid siren introduces 'Nadir', a seven-and-a-half minutes long opus that's anything but. Once again, dub production techniques take over while Mark Emmerson's vocals subtly glide in and out of the mix. Better still is 'Epitaph', which segues into focus as 'Nadir' draws to a close. At eleven minutes and twenty seconds, it represents The Lucid Dream's most audacious moment to date. Yet ultimately cements their status as one of psychedelic rock's most forward thinking outfits. "I'm not coming down!" insists Emmerson over a cavalcade of white noise and as Compulsion Songs aims for and eventually reaches the stars, who are we to argue.

Remember Us to Life