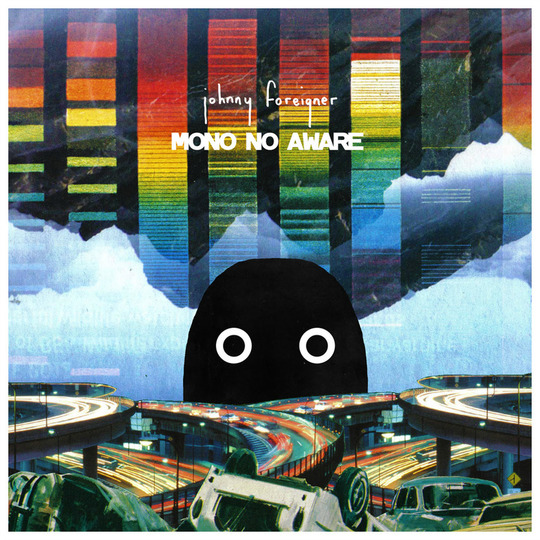 into the sea with the rest of em

Another one – what do you wanna do with him?

I am writing to you in the hopes of being granted admittance to the Johnny Foreigner fanclub. It is my solemn wish to be counted among one of the band's official supporters, who I believe are called 'ghosts'. Though I am sure you will soon remind me that this wasn't always the case, Johnny Foreigner are, I can now safely say, one of my favourite bands. I imagine that you are presently squinting at my name, the cogs beginning to slowly turn in your most learned mind. I will spare you the effort, Madam President. Indeed we have corresponded previously. With a view to ensuring that our previous communications do not prejudice you against my admittance into the fanclub, I want to begin this letter with a full disclosure.

Although my review of the last Johnny Foreigner album, You Can Do Better, was full of praise and earned the relatively high score of 8/10, you saw fit upon its publication to write me a rather ill-tempered letter – if you'll permit the expression – that focussed particularly on my musical erudition, or lack thereof. You may recall that I followed in the spirit of your message by telling you what I thought you could do with your critique (again, I beg your pardon), and warned you off attempting to infringe upon my hard-won freedoms as a gentleman of the press.

(Incidentally, you'll be pleased to know that I have given up writing about music, a thankless and poorly paid – should say, rarely paid – 'job' that was more likely to earn me a slap in the face than a pat on the back. One DiS reader once proposed that AIDS be secreted into my coffee because of a review I'd written, a scheme that might have troubled me more had it not been so ignorant of basic scientific principles.)

Two-and-a-bit-years-on, I hope you won't mind my saying that we are both a little older, a little wiser, and hopefully capable of now looking at many things in a new light. For example, your critique made much of my off-hand, but admittedly insensitive, remark that Johnny Foreigner were from 'Birmingham, of all places'. At the time I told you that I was wont to assume the voice of a character for my reviews – one not to be confused with my own – besides which I assured you that it was a harmless joke. On reflection, given how much of Johnny Foreigner's output expresses affection towards their hometown – and what a fine town it is! – I now deem it an unnecessary jibe, and have asked the editors of DiS to expurgate it from their online archives (though I should warn you that they have as of yet failed to respond to this and a number of other similar requests).

Of more grave importance are my remarks about Johnny Foreigner's second and third albums. Apart from admitting that the follow-ups to the debut LP had passed me by – what foolish frankness! – I said that, on at last listening to them, I found them 'quite nice'. More incriminating than this, I wrote that 'There were about a million songs' on Johnny Foreigner Vs Everything and that 'often it doesn't sound terribly focussed'. I hereby disown these shameful comments. In the months and years since my review, I have come to regard JFo's third album as a sprawling masterpiece, one of the finest records of the decade (and one that I now own on limited edition vinyl). It is perhaps far too late for excuses, but in my former days as a music 'critic', I sometimes felt the need to insert just a little criticism into reviews even of albums I liked, thus lending them the veneer of balance. Oh! what folly.

This letter, Madame President, is not meant only as a vehicle to express my contrition, however. What really compelled me to write it was Johnny Foreigner's new album, Mono No Aware, which I have recently managed to secure via a former contact from that fetid realm of music journalism.

As alluded to in my review, YCDB was quite a tidy, polished affair. JFo have long specialised in controlled chaos, but on this record the trick sounded more accomplished than ever. Moreover, most of the songs were rip-roaring rockers that galloped towards the finish line; the album rarely paused to take stock, and felt for that reason rather jubilant. 'We're still here, we have ten new songs, and we're not fucking about,' JFo seemed to be saying.

From the start, fifth album Mono No Aware strikes a different tone – one that personally gets me right in my soft spot. Opener 'Mounts Everest' is a lo-fi guitars-only ballad that sounds like it was written in the early hours after a messy night that's left the singer full of regret. The next track, 'Undevastator' – a riposte to YCDB's finale, 'Devastator?' – is more quintessentially JFo, with its thumping, anthemic chorus, girl-boy call and response, seesawing guitars, soul-rumbling bass and total drumming. But there are subtle differences from what's gone before. Amid all the usual shouting and managed mayhem is a vulnerable, melancholy centre. Most of YCDB's jubilation is gone, replaced by overwhelming regret and see-through-stoicism-in-the-face-of-loss, as encapsulated by 'I Can Show You The Way to Grand Central Station', namely its mantra: “This is not a heartbreak song”.

In the verses of 'Don't, Just Don't', bassist Kelly Southern sings longingly over guitars that are caressed like heartstrings before a rollicking finale. 'Our Lifestyles Incandescent' slows right down to contemplate the status of a relationship, shifting from indie melancholia, to falsetto-pop, to a stutter-rock climax, which has the lines, “Just cos we don't party like we used to / Doesn't mean that we're not alive”, all in the space of four minutes. Lyrically, it's the sound of a band feeling its age; musically its one of JFo's most fascinating, eclectic songs to date.

A lot of Mono No Aware is still full tilt. Single 'If You Can't Be Honest With Him, Be Awesome' stands out with its soaring guitars, group vocals and catchy hooks. But after the grand-stand finish, Alexei Berrow turns up with a gorgeously meandering melody – reminding me why he's probably my favourite guitarist of all time – and soon joined by brass and strings, making for the most wonderfully bittersweet outro. Although penultimate track 'Cliffjumper' is largely a frantic singalong, I detect an underbelly full of remorse here too. There are three robust bonus tracks, but the real closer, 'Decants the Atlantic', is another guitars-only tear-jerker that's almost emo – in the best possible way.

I guess what I'm saying, 'Madame President', is that while in the two years since my misjudged review of YCDB I have fallen head over heels for JFo's entire ouvre, Mono No Aware is perhaps my favourite album yet by them. It's sadder and rawer – JFo playing through loss and heartbreak, surveying a landscape of dead bands and wondering if their time will come. “You can never tell when its over,” Berrow whispers at the end of Cliffjumper, a motif that ripples through the album. If I were reviewing it for DiS or some other equally unscrupulous 'employer', I'd probably give it 9/10, mainly to ward off accusations of hyperbole from my peers. Fortunate it is then that I have cast away such yokes, for in my heart I know that Mono No Aware is 10/10.