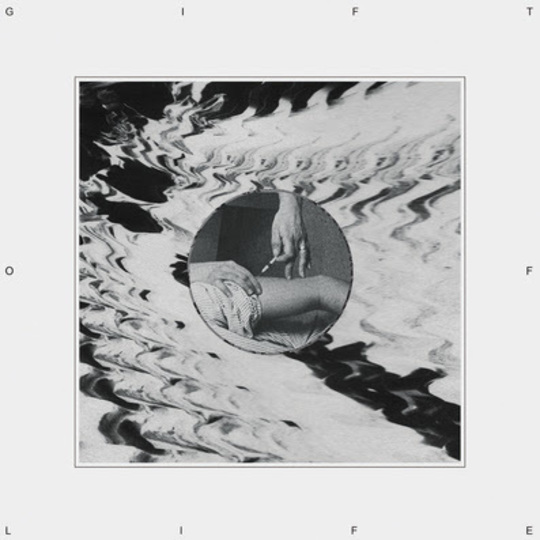 Formed in 2014 and made up of Reno, Nevada expats relocating North-west to, historically one of the alternative music epicentres, Seattle, Washington, VHS (Violent Human System) initially had a rather stop-start existence. Lead vocalist/guitarist Josh Hagerman moved from Reno to Seattle to start a band with an old friend (bassist Chris Costalupes), although stability would take a while to find the project.

However after a scattering of EP releases, the band found a consistent lineup in guitarist Morgan Travis (a fellow Reno musician) and Gavin Tiemeyer on drums leading to this, their self-recorded debut LP, Gift of Life on Suicide Squeeze records. Although at a lean 25+ minutes and eight tracks, Gift of Life may stretch the idea of a 'full-length', one quickly deciphers that it makes perfect sense for a still young post-punk band to not outstay their welcome.

While the band is based in the city most famous for the early Nineties 'grunge' explosion, VHS's sound and style shares more in common with nearby - and arguably even more influential - Portland, Oregon, with the band citing acts such as Wipers and Dead Moon as reference points. Listening to the band's debut, this is certainly undeniable, especially of the former, but such is Wipers' influential and slippery legacy that this is perhaps unavoidable.

This is certainly not the band's only point of reference, however, as thrilling opener 'Fully Realized' harks back to Guy Piccioto's of Fugazi/Rites of Spring powerful delivery. Meanwhile, on very next track and lead single 'Wheelchair' VHS evoke a glam/goth feel, utilising harmonised guitar lines and all, recalling early Misfits or The Cramps.

Equally, the band's chorus-effected, constantly feedbacking guitars places them right into the Eighties post-punk movement, evoking such acts as Killing Joke or The Cure, particularly on 'Crooked Echo' which stands as probably the catchiest and most melodic track on the record. as a result, the band sit in a similar camp to Eagulls, but where that band largely apes Robert Smith's sound on their recent LP Ullages, VHS evoke the idea and spirit of these highly regarded bands, rather than merely copying them.

Hageman writes about a lot of classic punk tropes: dissatisfaction with culture and politics on 'Binge Everything' and 'Public Act', as well as the stagnation of opinion and originality on 'Art Decay' with lines such as "EVERYTHING LOOKS BORING" repeated into a mantra chant. However he largely draws on his experience working in American medical centres to tell stories of people suffering and existing in in-between states of body and mind, along with his own stasis and mundanity on 'Wheelchair' and 'Hospital Room'.

Lyrically and thematically, this 'human system' of medicine is by far the most intriguing on offer from the band, though with such a short record it cannot yet be fully explored. For a debut LP, however, there is plenty here to hook the listener and keep them coming back for more and looking into the future, especially in the marauding, menacing closer 'Constant Hiss' which eventually fizzles out into the song's title. While the band's influences are worn pretty proudly, they avoid falling into the trap of being "just another [insert legendary band here]" and have thus produced a very impressive debut. Given the rate at which the band were releasing EPs, don't be surprised if Hageman and co have something else on the near horizon, but for now, Gift of Life remains as one of the year's standouts so far.