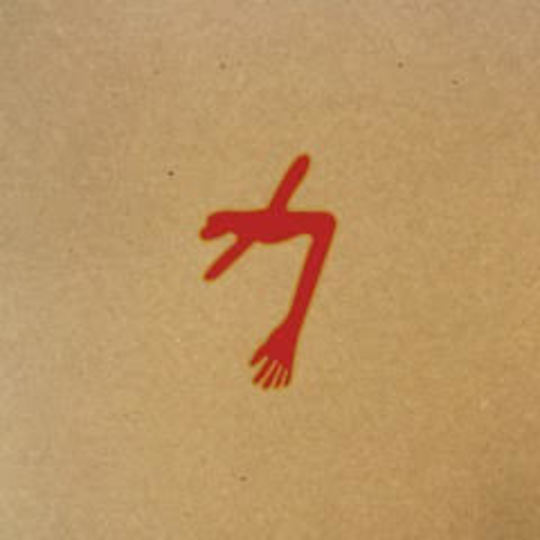 The Glowing Man is set to be the end of an(other) era of Swans, an era in which Michael Gira and company have firmly reasserted their position as one of (if not the) most important bands in existence. It was announced last year that this, the band’s fourth album since reactivation in 2010, would be the last with this line-up. Anyone who has seen Swans over the last six years will be acutely aware that this has not been a 'reunion' in any traditional sense of the word. The combination of Gira, guitarists Christoph Hahn and Norman Westberg, bassist Chris Pradvica, and drummers Thor Harris and Phil Puleo (aided by multi-instrumentalist Bill Rieflin in the studio) has proved to be the most devastatingly effective one in the band’s lengthy history.

Much of the success of the Swans reunion has been the sextet’s ability to simultaneously up the stakes across all departments. Comparisons with the group’s earliest material might well be unnecessary, but it’s hard to dismiss the idea that somehow this incarnation of Swans has managed to be heavier and more uncompromising whilst simultaneously being more spiritual and – at times – melodic than any other Swans line-up. Last time Swans released an album – two years ago – I wrote on these pages that they were undoubtedly 'the greatest rock group on the planet'. In this regard To Be Kind reiterated what its predecessor, The Seer, had already proved and what, in turn, the first post-reactivation Swans album – My Father Will Guide Me Up a Rope to the Sky – had hinted at. No half measures, no easy rides: that’s been the story of the Swans discography, and over the last six years Gira has emphasised that with aplomb.

Having acknowledged the band’s undiminished power and uncompromising stance, however, there is a need for some measuring of expectations upon the release of The Glowing Man. Is there really enough room for another definitive statement from this line-up? The answer, frankly, is probably a negative one. The Glowing Man does everything that listeners – by now – will be expecting from a twenty-first century Swans record. The length is the first obvious indicator of this. Eight tracks spread across two whole hours almost takes this into Sunn O))) gig territory. Instrumentally, meanwhile, there are relatively few surprises – with the possible exception of the increased prominence of keys at occasional moments. Harris, Pradvica and Puleo are the anchoring force, holding the album together with the same, brutal heft that they have honed to perfection on the road in recent times. The guitars alternate between beguiling waves of sound and staccato, quasi-metallic riffing. Never once does this album sound like a traditional rock record, but never does it sound completely absent either. Largely unidentifiable instrumental flourishes slip into proceedings completely naturally, as if rock bands always had a drummer (Harris) who also plays about sixteen other instruments when it takes his fancy. Then there are the occasional folk-esque diversions, appearing like more fully fleshed takes on Gira’s Swans interlude project Angels of Light.

All this is not to suggest that The Glowing Man in any way resembles a bad – or even below average – record. Some moments here are amongst the greatest in the Swans arsenal, not least the hypnotic ‘The World Looks Red / The World Looks Black’ and the astonishing reworking of ‘Frankie M.’, for the first half of its duration almost completely unrecognisable from the version of the song debuted on the band’s last tour. Few could deny the emotional power of ‘When Will I Return?’, led by the vocals of Michael’s wife Jennifer, and inspired by her own horrific experience of sexual assault. Elsewhere the signs of Swans’ true greatness are obscured only by the sense that this record lacks the consistent intensity of either the band’s live show or their previous two albums. The title track, in particular, is simply exhausting rather than being exhaustively brilliant in the manner of previous half hour epics ‘Bring the Sun’ and ‘The Seer’. Dismissing a record purely by reference to its predecessors like this may seem churlish, but it is difficult to see exactly what The Glowing Man is bringing to the table that those albums did not. Read as something of a restatement of ideals The Glowing Man is impressive, if perhaps unessential.

Of course, this album is also being released under something of a cloud. The rape accusations (relating to an incident between the two in 2008) made by former collaborator Larkin Grimm in February also served as an uncomfortable reminder that Gira has not always been the seemingly at peace demigod of the experimental world that he has become in recent years*. Lest we forget, Swans broke up in 1998 in significant turmoil. The atmosphere within the group on their final tour was notoriously tense. Anyone who has listened to the track ‘You See Through Me’ from Gira’s solo album Drainland will be under no illusions as to some of the rather unpleasant aspects of his relationship with former collaborator Jarboe. I have always believed that one of Gira’s greatest strengths as an artist has been his willingness to confront his demons on record. In this sense Swans’ post-reactivation cycle of albums has – quite fundamentally, I suspect – been informed by Gira’s own quest for emotional and spiritual redemption.

Read in this light, The Glowing Man’s existence may well be a genuine necessity after all. It is – if you like – the final part of a trilogy charting the transcendent power of sound and its hold over one undeniably extraordinary musician. There is little doubting that these three albums will go down in history as having contributed to one of the most extraordinary creative periods in the history of any band. So, even if the question of whether this album truly offers anything that The Seer or To Be Kind did not may be up for debate, but it is not debatable that Swans have earned the chance to round off this era of the band’s existence on their own terms. That those terms are completely non-negotiable and potentially alienating should really be of no surprise whatsoever.

* For the record Gira has vociferously denied these accusations and provided his own account of events. Grimm is seemingly not intending to take things any further. It do not believe it is my place as a music journalist to decide what happened based on their conflicting statements, but equally I do not believe that (as has so often been the case in similar cases over the decades) it is appropriate for music writers to simply carry on writing about the band as if these accusations were never made.