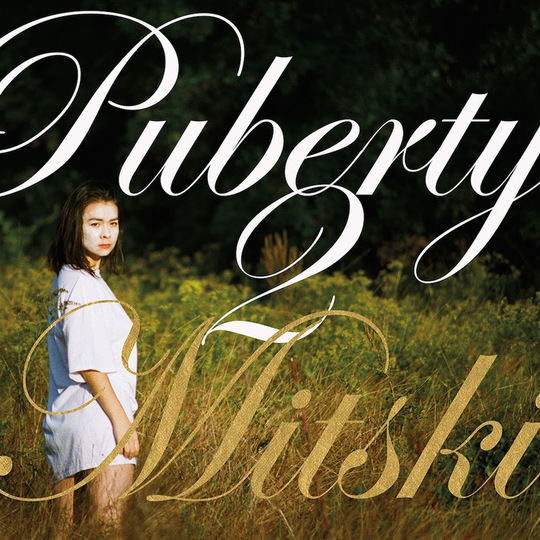 Over her first three albums, of varying textures and made using various instruments, Mitski has established herself as a brilliant, interesting and unique pop artist. This fourth album, Puberty 2, leads you to expect a follow up of sorts to Bury Me At Makeout Creek, a collection of largely guitar-based songs about growing up.

As opening track ‘Happy’ starts, building up gradually from nothing but an insistent, abrasive electro beat, it’s not what you expected to a jarring degree. Indeed, you could easily spend almost the whole first minute of the song going 'what on earth am I listening to?'. However, once it settles into itself, ‘Happy’ turns out to be nothing short of brilliant. And this turns out to be something of a template for the rest of the album - deliberately moving from electro ‘Happy’ to driving, guitar-rock ‘Dan the Dancer’, then onto minimalist ‘Once More To See You’, Puberty 2 never lets you settle into it for longer than the second half of a song you’ve just got your head around. The extreme dynamic and textural variations make it natural to appreciate every song on the album almost as a hit in and of itself.

In fact, the only weaker moments on the album tend to be on songs that you don’t feel like you’ve had to work to get into, that don’t make you go 'what’s this?'. ‘A Loving Feeling’ feels like a fairly simple pop song that sort of doesn’t need to be here given how smart and complex most of the rest of the album is. See for examples: the melody of ‘Happy’, the chord progressions of ‘Fireworks’ and ‘A Burning Hill’, and the dissonance of the floating, languid vocal line of ‘Dan the Dancer’ against its driving guitars. Single ‘Your Best American Girl’ could be another example of this, where it almost feels like she’s intended to write a power pop ballad rather than happened to, although the satirical Americana imagery and complementing video calling out racist hipster culture makes it very hard not to love, and very hard not to be pleased that it’s accessible enough to be a hit with such themes.

Her keen ear for detail makes for thoughtful, smart, and poetic lyrics, as she paints her imagined future bleakness in the verses of ‘Fireworks’ with lines like “I will go jogging routinely”, and invites her listener to sigh with her at her own behavioural patterns in ‘I Bet On Losing Dogs’, one her blunter metaphors that nonetheless possesses the power to move the listener close to tears if it’s something they happen to recognise (ahem). Growing ever more creative, with music ever more intriguing and beautiful, Puberty 2 represents the latest natural step in a career going from strength to strength.