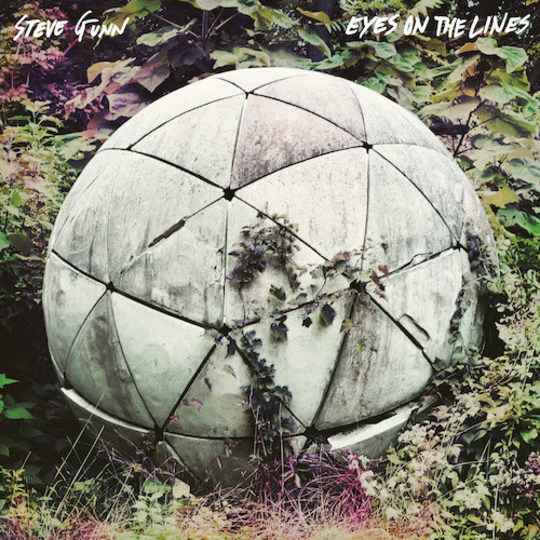 With 2014’s Way Out Weather, American troubadour Steve Gunn continued the great songwriter tradition of allowing your surroundings to seep into your art. No stranger to travel, the result was a record that conjured pastoral images, open vistas, rolling hills; a bucolic lifestyle brought to life through deftly plucked strings. For Gunn though, the journey continues even when the recording stops, and now two years later, he finds himself in a different environment.

For the most part Gunn embraces his new urban setting, and there’s an urgency present in his guitar playing which reflects this. Indeed, Eyes on the Lines seems to have a more tangible direction than its predecessor, the bass and drums keeping things moving forward; occasionally providing tracks with a propulsive and lightly psychedelic air, as on ‘Conditions Wild’ or the ominous ‘Park Bench Smile’, a track whose very nature could only stem from city-dwelling.

Elsewhere, the bucolicism of the previous record is present, but fleeting. ‘Nature Driver’ is four minutes of floating guitars and effortless bass, and understated strings, offering a moment of quiet reflection in an otherwise chaotic-in-comparison collection of tracks. Closing track ‘Arc’ is similar: beautifully narcotic, with heavy emphasis on the snare and Gunn’s dreamlike reverbed vocal.

It’s a fittingly woozy conclusion to a record in which, at least lyrically, the line between real experiences, and those dreamt up by Gunn, are increasingly blurred. As such, there’s no one set narrative that runs through the core of Eyes on the Lines, it’s a record comprised of much shorter stories taken from a much larger, more unpredictable narrative: life.

It’s the kind of narrative that Steve Gunn can get behind entirely. The lines referenced in the album’s title are not the kind to restrict or limit. They’re the kind to follow. The lines of an open road, rich with possibilities and rife with unanswered questions. Though whether the road is in this reality or another, remains to be seen.