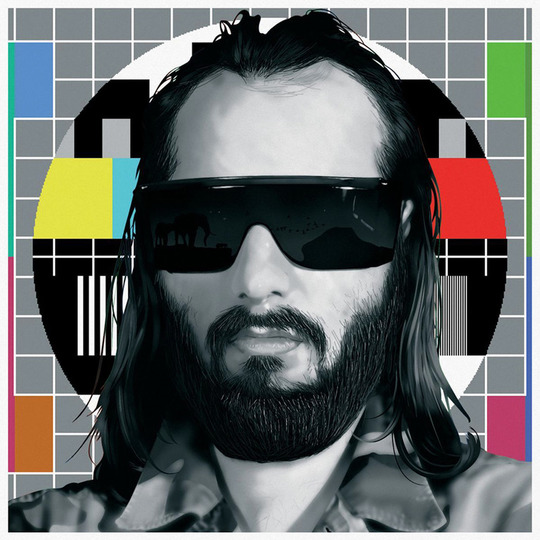 Sebastien Tellier's classic single 'La Ritournelle' is a mesmeric masterpiece. NME described it as 'basically Unfinished Symphony part two' - and who am I to argue? Its synthesis of rolling piano, epic string sections, lofty vocals, and Tony Allen's drums are a potent force, capable of alleviating one from the mundane and into a wistful dream like state. So, to have the original, which is taken from Tellier's 2005 album, Politics, presented with four additional re-imaginings on the same disc is a mouth watering proposition.

Of course, it's understandable if five mixes of the same song sounds like a bit much: if the cut was any less of a unique wonder, it would be easy to dismiss this release as an indulgence. After all, the Mr Dan mix was released years ago and the original was put out in 2005 so they only needed three more mixes and there's material sufficient enough to stick to a 12-inch.

Thankfully, this EP is more the result of the labels love affair with Tellier's best track, and a moral duty - to allow the public to hear one of the greatest songs of the last 25 years in new ways. Especially when it's been remixed by some of the finest electronic artists from Lucky Numbers roster who've bravely taken on the daunting task of tweaking perfection.

The most celebrated mix of the bunch is New York-based producer, Gilligan Moss. His is the only one of the three fresh remixes to have been released ahead of the EP. Moss trades in the classical edge of the strings in place of an overarching uplifting electronica. This is the most danceable remix and would be an ideal accompaniment to any summer party playlist.

London-based band four-piece Our Mother have produced a version that takes on a more ambient, experimental approach. Handclaps, warbling bass, delay-coated synths, and pitch shifted vocals make for a dizzying combination.The composition is different enough from the others to make the process of sitting and listening to various versions of the same track a thoroughly stimulating experience.

Meanwhile, FTSE, which is the moniker for little known Leicester based producer Sam Manville, offers his own Burial-esque slant. A wall of thick, sludgy, ominous bass overwhelms the minute long instrumental intro. When Tellier's vocal, which has been caked in reverb, comes in, it's a refreshing contrast, adding light to an otherwise dark situation. This is possibly the most intrepid of all the mixes.

Lastly, the Mr Dan version has the closest resemblance to the original. The producer makes a bold incorporation of the epic string section that is so important to Tellier's sound. The other producers appear to have neglected this aspect, perhaps classical sound are not be their forte. But through Mr Dan's inclusion of it, it ensures that the EP offers enough diversity and leaves us as the listener in no immediate position to ask for another interpretation. These four and the original will do just fine for now thank you.