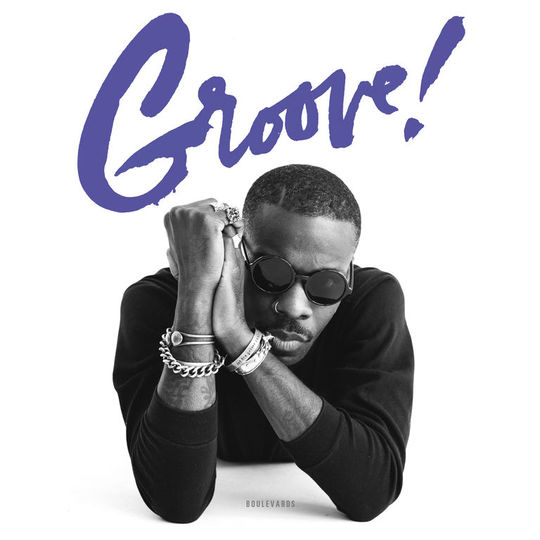 “You’re filling up the space in my mind.”

As we inhabitants of the Earth spiral towards our imminent demise like an exponentially increasing number of motorcyclists within an increasingly airtight cage of death, our desire to dance the night away builds at a similar rate. Happily, the 2010s have offered us a gift: a choice of soundtrack. EDM or Funk?

As per Newton’s Third Law, in response to the rise of the machine, funk has been resurrected as a more tangibly human equal and opposite reaction. And in a post-Random Access Memories, post-‘Uptown Funk’, post-Prince sniff world, its place in the mainstream isn’t going away anytime soon.

In short, funk’s back on the menu boys. Conveniently, that’s where the debut record from Jamil Rashad’s Boulevards comes in.

As you might have guessed from the exclamation mark-and-all album title, Groove! is no work of subtlety. Instead, its function in life is to do one thing and do that one thing to the break of dawn.

In that vein, opener ‘Set the Tone’ does exactly what it says on the tin. Expect plenty of slap bass, a hearty quota of cowbells, some well-positioned 'ad-libs' to the band/hypothetical dancing crowd members and a silky smooth vocalist delivering lyrics like “let me see that booty get loose.”

From here on out, the tracks unfold in that largely inoffensive iPhone-advertising, FIFA-soundtracking, lower-end of the festival bill way that safely maintains many a career. ‘Up On Your Love’ stomps, ‘Talk to Me’ sultrily struts and the rest of the tracks oscillate somewhere in-between. Within the fairly by-the-numbers mix of it all, the most identifiably Boulevards element is a neat line in exceedingly chirpy George Clinton-esque synths, whose built-in catchiness add promise to ‘The Spot’ the opening of ‘Cold Call’ and the post-chorus on ‘Got to Go’ in particular.

This isn’t to be unnecessarily harsh. Rashad has clearly done his homework and there’s plenty of nods to Midnight Star, Kool & the Gang and Earth, Wind & Fire in his sound, which ensure they’ll fit in at your local Soul Train night just fine.

Likewise, the enthusiasm and proficiency that’s been poured into his debut isn’t to be doubted. Moments like the guitar solo of ‘Move and Shout’ and sax of ‘Cold Call’ are nice surprises which switch things up, and the bridge of ‘Up on Your Love’ are actually pretty ace takes on the classic funk dream break.

Where doubt creeps in though is when you analyse why so much of this record passes by with little more than an unconscious foot-tap for an acknowledgement.

For starters, Rashad isn’t a particularly distinctive or charismatic vocalist and tends to simply roll along with the instrumentation, delivering a tombola of stock phrases: “You got everything I need”, “You’ve got that flow that makes me wanna shout about it”.

When you do notice him, it’s occasionally because he’s tried something new on for size, the lobotomised rapping of the frankly irritating ‘Patience’ for instance, or the decidedly creepy recording of a faux-conversation with a girl on ‘Cold Call’.

More often than you’d like though, what sticks out are a catalogue of decidedly iffy lyrics, ranging from “I’m sorry for the cold call” to “I like your small tits”, “just another night in-between your thighs” and “I’ve got to cop a feel”, which – believe me – aren’t any better sung than written down.

Which leaves you in two minds. This record is called Groove! not Think! and given the commanding nature with which it lays it cards on the table, it’s with great relief that on a basic level this record does that one thing pretty well. To return to my first point though, as the clock ticks down, at the very least you want your artists to move with the times. Even better if they’re pushing at the boundaries à la Anderson, Paak and Private Agenda. For the moment, Boulevards is more of a cul-de-sac.