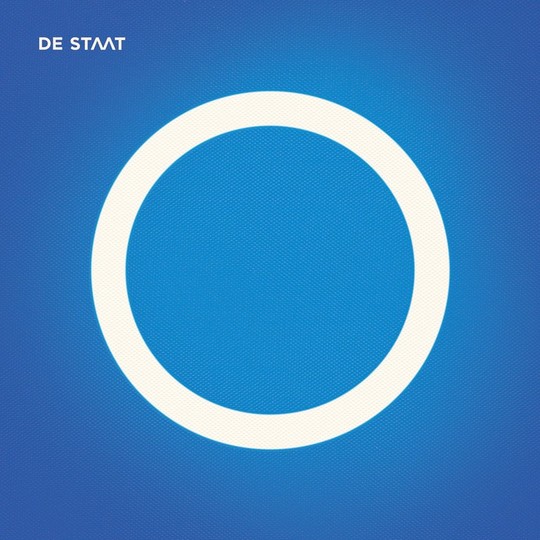 De Staat have been together nearly nine years, with this one having thrown them some unlikely career highlights, notably a support slot with Muse on their European tour. That's pretty good going for a band still playing Barfly-size venues over here. And it's certainly good timing that their biggest ever shows come around the release of O, which - with its nods to Faith No More, Cake, and, indeed, Muse - will certainly be a spectacular set to play in arenas.

Opener 'Peptalk' is where the Faith No More comparisons are most evident. De Staat frontman, Torre Florim, half raps, half sings in powerful rock-laden way that Mike Patton is famed for. But the band shine brightest when they embrace a more melodic way of singing as 'Make Thee Call, Leave It All' proves. It's reminiscent of cult Californian band Cake in the verses but the choruses are built on dreamy melodicism with vocals multi tracked to give it a strong wall of sound - it's easy to see why this was chosen as a single.

Meanwhile, 'Get On Screen' shows the full weight of the band's ability to move a crowd: colossal guitar riffs, infectious synth lines, thunderous bass drum, and a hyped up frontman. The track also shows De Staat are never afraid to meander away from pop structures and the cut descends into a wigged-out outro that will raise the roof.

This all guns blazing feel slows on the mildly intense 'Murder Death'. The sinister cyclical guitar riffery and falsetto vocal gives way to haunted synth sounds that give justice to the dark theme implied in the title. But although it's less frenetic, the huge reverb-caked drums have the air of an arena rock band from the Eighties and it keeps the power.

After the haunted excursion, things get pretty extroverted and fun until the middle of the album and the epic six-and-a-half-minute 'Time Will Get Us Too' hits. This slower, more poignant cut shows the quality the band have reached in playing together for so long. It feels like the band are improvising and effortlessly stumbling across expertly woven melodies. The extended guitar solo outro is met with so many other layers of melody that keep it interesting and it feels transcendent rather than self indulgent.

Elsewhere, 'Round' retains the rock vigour that's the overarching quality of the whole album but Florim's falsetto has a very modern quality and has a resemblance to XL signees Jungle. The lighter feel makes way as 'Life Is A Game' features propulsive classic rock drums and Nine Inch Nails-esque chaos in the instrumentation - this is the song most likely to induce a circle pit live.

Things get more Daft Punk-influenced on 'Systematic Lover' and 'Help Yourself' but these cuts lack the loose improvised feel of earlier highlights on the record and are the most passable. In stark contrast to anything heard earlier on the album closer 'She's With Me' has the feel of Muse's slow moments on their b-side album Hullabalo and it acts as a sedate reflective moment after all the brimming energy of this exciting Dutch band. I can't wait to catch them live.