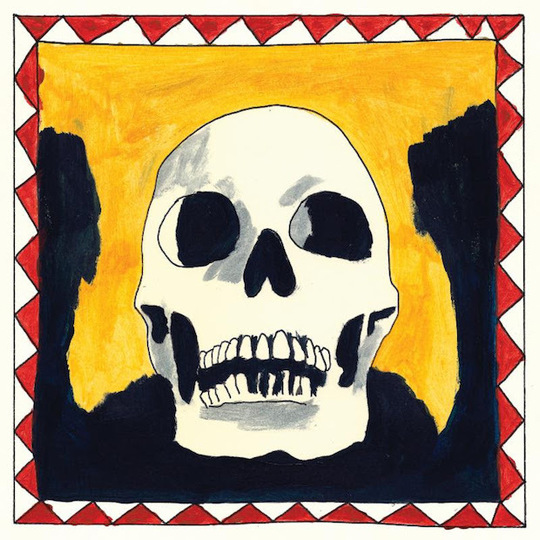 Let’s get the negatives out of the way first: Woods have almost certainly already won the 2016 award for Worst Album Title of the Year (WATY). I mean, City Sun Eater in the River of Light, what the hell is that? At best the band is fucking with us, making some satirical point that has flown over my head. At worst, South Park’s Family Guy manatees have done the work for them.

Such quibbles are only that though and as such entirely superficial. Dreampop perhaps came into vogue five years ago and never went away, to the point that it might well be this decade’s equivalent of landfill indie. This is not a criticism, but rather an indicator of how hard a band has to work and how good their output has to be to float above the flotsam. Sun City Eater in the River of Light, stupid a title as it may bear, is one such album.

Woods succeed by not ensconcing their songs in a generic, lazy wall of sound. While not inherently a bad thing, all too often it’s a lazy shortcut to immersion and a lot of the band’s fellow Brooklynites are guilty of falling into; these guys deserve credit for eschewing the easy route.

The press release for the album describes it as dense but that’s not strictly true: immersive and engaging yes, but there is a sense of minimalism about the album. It’s achieved through expertly discriminatory self-editing – a sharp instinct of when to throw things out. On ‘Morning Light’ for example it would be easy to build the light percussion to a crescendo but instead it remains light and grounded, allowing Jarvis Taveniere’s fluid guitar line to carry the song.

So yes, it’s a light and breezy album, from a folksy Brooklyn band with – as we’ve already established – an annoying-as-fuck title. There is, though, enough experimentation here to avoid it being twee. It’s not enough nowadays for some hipster band to be interested in music – who isn’t, after all? – but Woods here sound like a band whose interests are, well, actually interesting. The kind of band whom, if you went for a drink with them, wouldn’t insist on going to an organic bullshit bar in Granary Square.

‘The Take’ bobs along with a gorgeous, sleepy mix of guitars. A deep, plucked acoustic is punctuated by a restrained slide guitar and a burping combination of acoustic bass and brass, before exploding with a squalling electric at the end. ‘Can’t See It All’ is similarly laid-back yet sounds completely different with its jazzy rhythms and soulful guitar sound.

Both of these songs though are followed by tracks of far greater urgency, keeping the listener on their toes and interested. ‘Hang it on Your Wall’ is choppy and sees Jeremy Earl’s vocals at their breathiest. ‘I See in the Dark’ is the most electronic song on the album and is driven by a pulsing Krautrock rhythm. The overall effect is what it might sound like if Grizzly Bear were remotely interesting.

Worst album title of the year? Easily. But City Sun Eater in the River of Light is also one of 2016’s most interesting and restrained records so far.