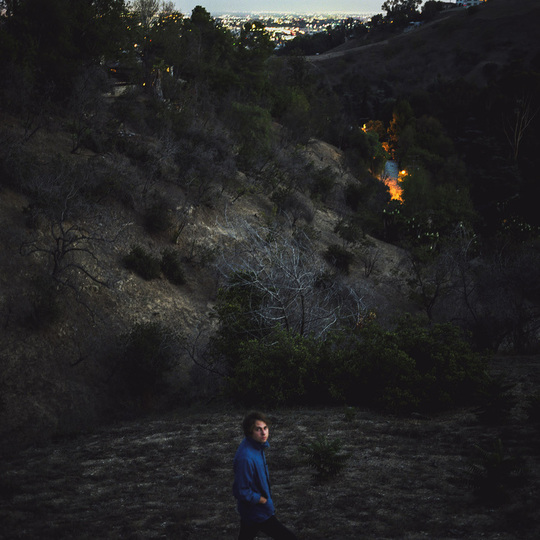 On his third solo album, former Babies and Woods member Kevin Morby continues the outstanding melodicism and fascinating introspective songwriting that he’s become synonymous with ever he made his debut solo album in 2013. But the LA based songwriter’s third release on Dead Oceans wouldn’t be nearly as interesting had he not pushed his creative senses beyond the boundaries expected of him further than ever before. You only have to listen to an acoustic session of tracks for this album to realise how far his sound has come from its roots.

Helping the ideas blossom without losing the original sentiment of each song is producer/arranger/ band leader Sam Cohen, who Morby worked with on The Complete Last Waltz, a live recreation of The Band's legendary final performance. Cohen was conducting 30-plus musicians on 30-plus songs on that production, and they struck up a friendship, and given his ability to orchestrate ambitious projects, Morby hired him. Cohen has been an essential addition in helping Morby execute Singing Saw - which is easily his most ambitious project to date.

Single ‘I Have Been To The Mountain’, which is centred around a groovy bass line, is the first moment of real magic on the album and sounds like one of the finest cuts to come from the Dead Oceans label in years. The lush sonic textures of three female backing singers, trumpet, piano, strings, and a variety of acoustic percussion instruments, accompany Morby’s soft, emotionally afflicted vocal delivery in mesmerising style.

Having such a mix of instrumentation doesn’t clutter proceedings at all. It merely makes the album flow in more captivating style. One might expect that the title track, which weighs in at over nine minutes, would have you reaching for the skip button at some point. But no it doesn’t. It’s an engrossing, earnest listen that comes across like a twisted cowboy movie soundtrack - it would provide the ultimate accompaniment to walking alone late at night in a semi-rural landscape. Curiously, this is an activity that Morby did a lot of whilst recording the album. He said in his press release he took walks each night to break up the monotony of the recording process. These moments of solitude among the flora in Mount Washington helped inspire the lyrical ideas.

Despite writing a lot of the album in Mount Washington, the actual recording of it took place in a converted A-Frame house in Woodstock, New York called Isokon Studios. The scenic, rural surroundings of this studio appear to have been a fitting environment in which to help preserve his ideas, which were mostly written in solitude on a piano.

Despite said instrument's embrace, Morby - who made a name for himself with garage rockers The Babies - hasn't lost his taste for hard rock music completely. ‘Dorothy’ has a great fuzzy bass, distorted barre chords on guitar provide set the energy as drums, brass, piano, and backing vocalists build around it. The moment of real magic in this track occurs in the bridge as the drums cut out and Morby sings with astute confidence that show he’s ready to take to the biggest stages – this would make an excellent set closer at somewhere like Primavera Sound.

In contrast to the immense sound of the above cut, the album does allow space to breathe. Morby’s touching vocal delivery on ‘Ferris Wheel’ - the album's spotlight moment - is accompanied by only a piano. It acts like the come down - a necessary moment of rejuvenation - after the frenetic energy of the preceding track. Subsequently, the album appears to echo the ebbs and flows of the human condition and the brightest moments shine brighter thanks to the inclusion of the darker.

As a whole, Singing Saw is Morby’s best work. He’s becoming one of the most memorable singer songwriters to emerge from the States in years. With such an accomplished album in Singing Saw at only 28 years of age, where does he go from here? Hopefully this is just the start of a much bigger things.