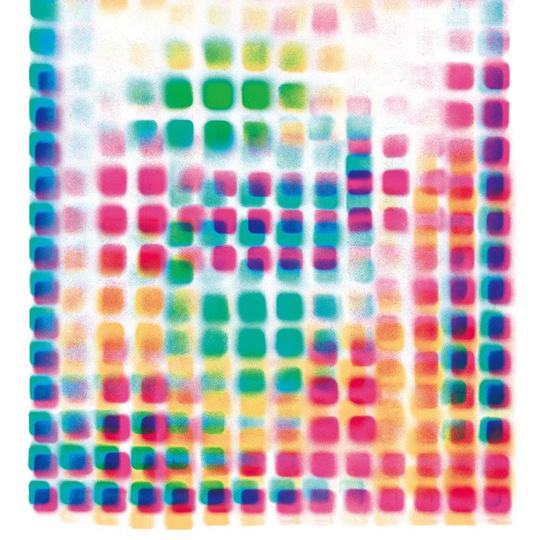 Repetition. The old adage goes that repetition is the mother of skill. Although melody is undoubtedly seen as top dog when it comes to writing a good song, even the most saccharine modern chart-topper will boast an airtight rhythm at its core. If an appreciation for melody developed as early man listened to the fascinating, dangerous world around him, then the pull of rhythm must have come from within, from the steady drum of the heart that is our constant companion. The thrill of a solid, repetitive beat has enthralled and appalled throughout the history of modern music, from the primal clatter of rock and roll to the shimmering throb of disco and to the stark, mechanistic lurch of techno. Japanese trio Nisennenmondai have made their unique approach to rhythm something of a trademark, fusing post-punk bass grooves with krautrock drums and no wave guitars that are more punctuation than anything else. Although the group have dabbled with electronic instrumentation in the past, recently something of shift has taken place in their approach, with the harsh wail of distorted guitar taking a backseat and a smoother, electronic stutter taking its place. New record #N/A sees the band fully exploring this altered sonic landscape, with five studio tracks and two live mixes of sprawling length.


Billed as a collaboration with veteran dub producer Adrian Sherwood and released on his own On-U Sound imprint, the introduction of vintage dub textures and atmospheres to Nisennenmondai’s sound should come as little surprise. Although the familiar snarl of Masako Takada’s guitar looms its head over the monolith of sound from time to time, the most conspicuous sounds of all are clattering drum fills that come dripping in authentic dub space echo. Now, Nisennenmondai aren’t particularly well known for their emphasis on melody, but #N/A is minimal, even by their standards. This may be a direct product of their collaboration with Sherwood, a man who is by his own admission tone-deaf and has developed a distinct style of production that is much more preoccupied with idiosyncratic noises, skittering beats and complex textures.

Although the first five tracks are studio recordings, there’s little sonically to set them apart from the two live mixes that conclude the record. This is a testament not only to the quality of the band’s live presence (gone are the days of ropey live b-sides that sounded like they were recorded by a Fisher Price toy microphone, thankfully) but also the excellent live feel of the studio recordings. The studio drums in particular stand out as being particularly well produced, with just enough natural reverb to capture the frenetic, exciting atmosphere of a live performance. This 'live sound' production style is something of a double-edged sword, however - although upon listening to #N/A you are well convinced that these instrumental tracks would be a momentous experience to experience in person, in a field, with a gigantic sound system battering every fibre of your being, that doesn’t necessarily make for the most interesting listening experience when you’re sat at home or making your morning commute. Although establishing a hypnotic pulse of noise is clearly what Nisennenmondai and Adrian Sherwood were aiming for, you are left wishing they’d at least tried some studio trickery to sweeten the pot. On #N/A the skill of the trio (plus one) is more than evident, it’s just a shame they didn’t try and inject just a little more variety into the mix as well.

The Peace & Truce of Future of the Left