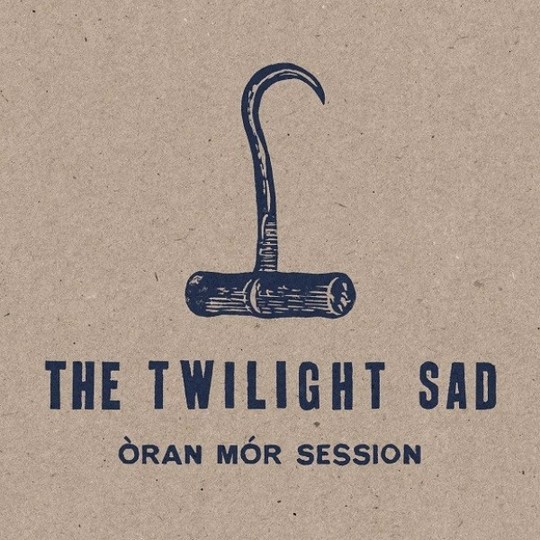 I think it would be accurate to say we quite liked the last studio album from The Twilight Sad. Nobody Wants To Be Here and Nobody Wants To Leave earned a rare 10/10 from us, a score that I agreed with if I approach purely from the point of a listener and a reader. It makes sense as an album, is made for quite specific moods and is the sort of record you go back to after months and start telling everyone how good it is all over again.

A new take on these songs then was incredibly welcome, even if unlikely to top the original. That’s not the objective with Òran Mór Session anyway, but merely to provide a new perspective and set of emotions for the same tracks. What this approach does brilliantly is shows them off as complex pieces of work. By way of sledgehammering in an example, you couldn’t provide a different take on ‘Psycho’ from the new Muse album like this.

With nine tracks and one cover, there are inevitably some tracks that don’t get treated with the new vibe. ‘There’s A Girl in The Corner’, ‘In Nowheres’ and ‘Sometimes I Wish I was Asleep’ all make way while ‘The Airport’ comes in along with a cover of Arthur Russell’s ‘I Couldn’t Say It To Your Face’. You miss those tracks, of course, but to dwell too much on that would be churlish.

The original review noted that this is a record that requires patience to unravel before you really appreciate the brilliance. That’s still somewhat true on Òran Mór Session but not nearly to the same extreme. Replacing that busy post-punk fuzziness is a record that from start to finish is full of space.

It allows some reverb-heavy guitar and those bleak vocals to come to the front of the album and shine. As a result, this album is all the more accessible and immediate, and takes you to a completely different place. It’s still miserable though. It’s still got that dark treasure that you look for in a Twilight Sad record but this time you don’t have to look so hard.

Still, that immediacy that this stripped back format provides does have drawbacks. Firstly, it’s still not going to draw in any new fans. It’s only immediate in a way that will appeal to existing fans. I can’t see neutrals latching on to this although that’s unlikely to concern either the band or the listeners. Secondly though, it also means that Òran Mór Session doesn’t quite have the staying power of Nobody Wants To Be Here and Nobody Wants To Leave. It’s not a record to slowly show its brilliance and is about as fortright as an album from the Twilight Sad gets. Instead of hiding quirks from the listener, it’s completely honest and that provokes quite a different response.

For the most part, Òran Mór Session is an excuse to revisit an album if you already love it. The extra tracks, in particular ‘I Couldn’t Say It To Your Face’, do add something fresh to the record but it could have been the exact same tracklisting as the original and still worked in the same way. The real strength of the record comes in giving you that reason to come back to Nobody Wants To Be Here and Nobody Wants To Leave in a way that provides something new. If you loved that album, you’ll love this and probably prefer the original. If you didn’t like the original, there’s probably not enough here to change your mind. And you’re a fool.