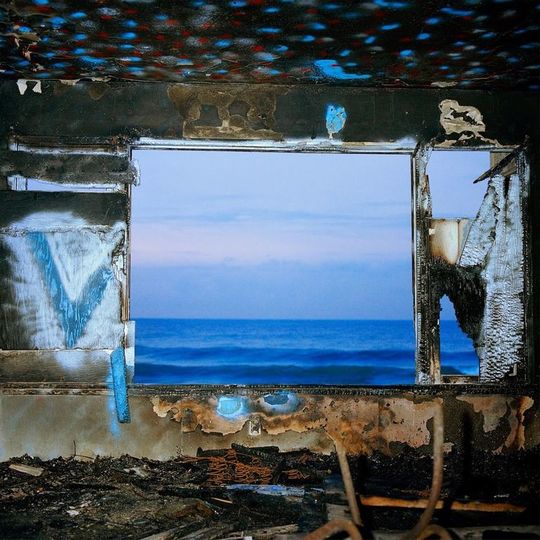 Where most artists exhaust their gut instincts on their first record, Bradford Cox and Deerhunter seem to operate on nothing but. If their last, fifth album Monomania was a seething, raucous affair powered by what Cox has described as ‘a deep period of passionate rage’, the band’s sixth set, Fading Frontier, is its inversion, a retreat from those tumultuous times, one brought on by a car accident Cox suffered last year that left him a semi-recluse on antidepressants, feeling like ‘I have no sexuality left’.

What’s remarkable about a band that often seem to merely be a sonic extension of its frontman’s id is how unlike, say, The Fall, Deerhunter always feel like contenders, only ‘cult’ because Cox’s unpredictable instincts have never driven them towards the big time. They are never a shambles: at their gentlest they are almost unsurpassed in their elegance; at their most furious they sound like they can shatter mountains; their various incarnations are almost always defined by a unique, eerie chill of nostalgia that feels menacing and comforting in equal measures.

Fading Frontier, then, is the sort of record that only Deerhunter could make, a contradictory and even on paper somewhat illogical set of songs that nonetheless constitutes the most graceful set of music of the band’s career.

Ushered in by a dusty wheeze of keys, opener ‘All the Same’ sets the tone for an essentially muted, instrospective album. But perversely it's the most anthemic song Cox has ever written: “yeah you should take! Your! Handicaps! Channel them and feed them them back! Till! They! Become your strengths!” he hollers, in what sounds like both a rare moment of self-affirmation and an even rarer direct address to his audience. Presumably this strange-looking, eccentric-acting gay oddball could set himself up as a sort of outsider icon… but he rejects any sort of spokesman idea almost immediately with ‘Living My Life’. In a way it’s the least Deerhunter-sounding song they’ve ever written, not because of the music – a distorted wash of organ set to skittering beats – but because there’s something so un-punk, so wholesome, so content at Cox’s repeat declaration that “I’m living my life”. And yet… further inspection of the lyric suggests a deep ambivalence – the song is about his quiet post-crash life, but lines like “I’m out of range, the amber waves of grain are turning grey again” hardly sound romantic. How can a man espousing a sexless, quiet life that even he has mixed feelings about sell that life as being in any way enticing?

He can’t, and doesn’t, and for a while Fading Frontier proceeds to deliberately, gorgeously run out of steam: the single, ‘Breaker’ a lovely duet with Cox's Deerhunter wingman Lockett Pundt, is a delicate account of the car-crash, a declaration of helplessness set to an ambient bed of sound – this is for sure Deerhunter’s most electronic album – that finds some comfort in the line “I’m alive, and that’s something”. After that the songs quieten and slow further, until the record huddles up into a ball with the near six-minute dirge ‘Leather and Wood’, an eerie nocturnal plod that betrays the band’s fondness for avant-garde classical composition and is quite possibly the most wantonly un-rock’n’roll song they’ve ever put to record.

And then BAM. Just as Fading Frontier threatens to, uh, fade, it totally wrong-foots you for the last three tracks, starting with the remarkable ‘Snakeskin’, a bone-rattling slab of disco-punk that seems to see the spiritual resurrection of the stridency of Monomania. I could bore on about the lyrics again, but really the most remarkable thing about ‘Snakeskin’ is how fun it is, a lurid, sickly, don’t-give-a-fuck stomp that slaps the groggy record back into focus. If Deerhunter were the sort of band who’d get a dance producer in to do the disco song, it might even be a hit, but instead it is, start to finish, endearing ragged, punkishly charged and somewhat unhinged. It also has a bass drop to absolutely fucking die for.

Next the stunning, Lockett-sung ‘Ad Astra’ is a radiantly sighing electro ballad, like Gary Numan flung back to the Fifties. It is of a piece with the quieter songs at the start of the album, but also majestically removed from them – it is bigger, and more beautiful, and the lyrics aren’t about Cox – like ‘Snakeskin’ it feels like we’ve come out the other side of the frontier. That’s an impression borne out by Cox on the closing ‘Carrion’, in which he eschews obscurity for a big, pleading chorus: “please leave me, leave me alone”. It’s the same themes as the rest of the record, but now spelled out in 50-foot-letters. It should be a contradiction, and maybe it is, but Deerhunter have never written a song in their lives that sounds forced. Fading Frontier is another superlative achievement from a band who are, unfailingly, one of life’s great mysteries.