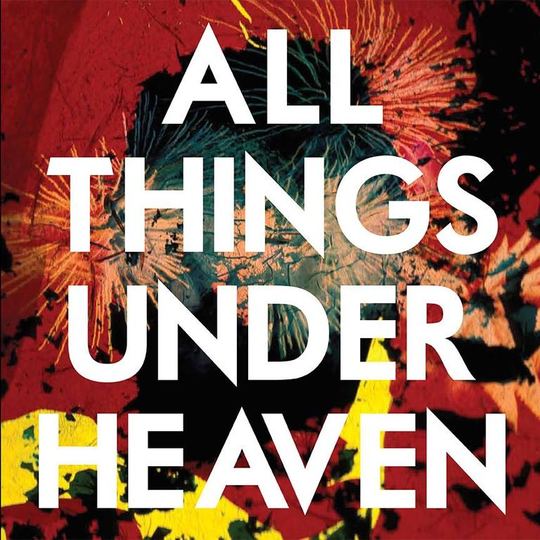 I think I speak for us all when I say that we at Drowned In Sound are a right lovely bunch of left-leaning, limp-wristed, lily-livered liberals. As such, we find it terribly tricky to entertain the reactionary notion that particular types of dark or aggressive-sounding music can make good people do bad things. The possibility that Judas Priest might make you shoot yourself, for instance. Or that Marilyn Manson could be genuinely responsible for a high-school massacre. Or that The Beatles’ White Album will transform you into a cult-leading, murder-bidding, bigoted shitstick.

(At the same time, disregarding the contradiction, we find it tremendously easy to accept the pleasant and optimistic idea that music can be a positive force for good, changing people, their attitudes and their actions for the better. The Tom Robinson Band’s ‘Glad To Be Gay’ could make you less homophobic. ‘Free Nelson Mandela’ by The Specials inspired listeners to join the Anti-Apartheid Movement and combat racism in a broader sense. Band Aid opened people’s eyes to the tragic brutality of Bob Geldof. But music couldn’t possibly be a powerful influence in a negative or destructive manner, no way. It makes you wave flowers, not guns. It makes you want to actively campaign for justice for your fellow man, who you love, not want to violently strangle your fellow man because, generally speaking, your fellow man’s a bit of a prat.)

But by God Lucifer, The Icarus Line make me feel evil. This glowering bunch of post-hardcore garage swaggerers make me feel more evil than any other band has ever made me feel evil. They make me feel far more evil than Slipknot or Sunn O))), Ministry or Mayhem, Slayer or Sabbath, GG Allin and the Murder Junkies or that oft-forgotten Seventies glam-rock wobbleboard supergroup, The Glitter-Harris Duo. The Icarus Line have always made me feel evil, whenever I’ve listened to them, ever since they slimed their way out of LA wearing that commanding black-shirt-red-tie-combo uniform that would be ripped off by the decidedly less wicked-sounding Alkaline Trio and My Chemical Romance, two feeble groups who would struggle to make any normal person feel any more evil than the sight of David Attenborough nursing a particularly adorable koala bear.

And now The Icarus Line have only gone and made their most evil-sounding record to date.

All Things Under Heaven sounds so deliciously evil that hearing it really makes me want to do nasty things, to commit heinous acts, to unleash the monster within, to hurl scolding hot coffee at young men in suits, to push vicars into speeding traffic, to show polaroids of medical disasters to tiny children who’ll be less repulsed by the image itself than the fact that it’s not on a screen. The Icarus Line possess me like a malevolent spirit. They transform me like a sadistic bodysnatcher.

The second time I listened to All Things Under Heaven, I was on a train in the designated 'Quiet Coach' (as if such a thing actually exists, they should more accurately be named 'the slightly quieter coach where inconsiderate passengers and extra-pernickety neurotics temporarily co-habit with devastating results'). Anyway, I was on track five or six of the MP3-LP, as well as halfway through my second can of Marks & Spencer’s ready-mixed gin & tonic as it so happens, when I suddenly felt the irrepressible urge to start slapping myself round the face, a piercing snap cracking through the carriage’s air with each collision of my BLT-crumbed palm to my tender stubbled cheek. Nobody complained, incidentally. But then I was competing against the din of the screaming children of the thoughtless parents who insist on spoiling everything by selfishly bringing their unruly offspring into the quiet coach, let alone the world. The woman across the aisle from me barely glanced up from the Tom Hardy interview in her e-magazine.

Okay, so it wasn’t exactly Michael Douglas in Falling Down but it’s not the sort of thing I would normally do and I believe The Icarus Line, and not the M&S G&T which is my regular commuting accompaniment, are solely to blame. As Wallace & Costello argued in their co-authored book on the early rap scene, 'Even powerful art can move only what’s moveable; and only a potential ????er can actually commit a ????, no matter how exhorted.' Perhaps, therefore, I was a potential train-carriage-facial-flagellator all along. Even so, I have never committed anything like such an act on public transport when NOT listening to The Icarus Line.

Prior to this devilish new record, The Icarus Line already had some pretty vicious dirt in their discography. All that talk of feeding cats to cobras and ‘The Rape of the Holy Mother’. The caustic opening riff to 2001’s Mono. The lead single to its follow-up album bearing the chart-friendly title ‘Up Against The Wall Motherfuckers’. All those spit-showering, sweaty-riffed, punk rock anti-odes about rats and vice and demons and slaves and leeches and spit and junk and sick and blood and scabs...

All Things Under Heaven is on another level.

The title track provides its most sinister moment. It features a guest spot from the outsider artist Joe Coleman, who conducts a satanic sermon about how Mother Nature is conspiring to check humanity’s population, via the hantavirus and ebola and the rise in sexual deviancy (because it goes against procreative sex), and how junkies, sexual deviants, serial killers, rapists, racists, the men who hate their fellow men and the takers of human life are not the problem but the cure. “You’re the problem”, cries Coleman, “YOU’RE THE PROBLEM!”

The Coleman-less tracks are equally furious.

Whereas Mono opened with a full-bore shriek, here Joe Cardamone’s first vocal noise is more of a weary sigh. He’s become older, his band’s style has grown more consistently slower, but he’s no less blooming angry. Soon enough, he’s howling like a wide-eyed loon who’s been trapped inside the world of Jumanji or, rather, trapped in Western reality in 2015 as it crumbles around him (and quite glad that it’s doing so too). Ghost-train organs creak away in the background. The guitars, which Cardamone plays himself nowadays, in the studio if not onstage, he makes them scream, they actually scream. Who are they screaming at? Keith Richards, perhaps, with his lucrative book deals, endless RS nostalgia tours and inability to fathom hip-hop. You truly believe that you can still play the blues, old man? Who are they screaming at? Generation selfie-stick lapping up the rush-released memoirs of prepubescent celebrity vloggers. Who are they screaming at? Billy Crystal and Steve Martin’s vanity facelifts. You’re supposed to be jesters, man, and now you’ve joined the ranks of the planks who can’t even raise their own eyebrows. Who are they screaming at? The middle-classes desperately muting their own deep-seated guilt with colouring books for grown-ups and Waitrose pudding wine. Who are they screaming at? At the plausible prospect of Donald Trump for President, alongside Prime Minister Boris Johnson, a special relationship built on blonde barnet bravado. Or whoever wins in their place, who will be exactly the neoliberal same. Who are they screaming at? Brandon Flowers solo albums, Lana Del Rey teaser trailers and Zayn Malik thinkpieces. Who are they screaming at? At You. At Me. At themselves.

Not so long ago, when I listened to The Icarus Line, my mind used to lazily conjure up reference points from the 1970s: Iggy Pop, Alice Cooper, Pere Ubu and their ilk. On their last couple of releases, The Icarus Line have also been channelling such unkempt ’80s badboys as Swans and The Bad Seeds (whose work, this album, in many ways surpasses). Listening to All Things Under Heaven, it’s finally dawned on me that all this time The Icarus Line have actually been channelling spirits from much longer ago. The original boisterous blues badasses, for one. The unhinged jazz nasties, too, whose echoes have been brought to the fore on new tracks such as ‘Millennial Prayer’ and ‘Sleep Now’. But it was always there, that older evil, lurking in the background. And further back still, to the earliest rock ‘n’ roll caveman, furiously beating out a primitively self-disgusted rhythm using the skull and thighbones of the Neanderthal neighbour he so recently cannibalised. The Icarus Line aren’t retro. They’re timelessly primal. And they’re also NOW.

If Joe Cardamone had been fiscally savvy like contemporaries At The Drive-In or Refused, instead of functionally shedding members, recruiting fresh players and reenlisting the odd discharged soldier, he’d have split himself up a decade ago and reformed 'The Icarus Line”' in 2016 to perform Penance Soiree in full at the Coachella Festival with guest guitar from someone off of Interpol. But Joey still has his soul. And what thanks does Joe get? Scant financial reward, half-empty concert halls and the odd website hack with a penchant for overwriting announcing that he’s created the greatest and most essential rock ‘n’ roll album of the year but who should probably have been more succinct in his write-up so that some folk might have succeeded in reading to the end of the review and then actually bought it. It’s The Icarus Line’s longest album yet, by the way, as well as their best. What does it sound like? It sounds evil, okay? EVIL. Just buy it. And if you don’t, you’re the problem.