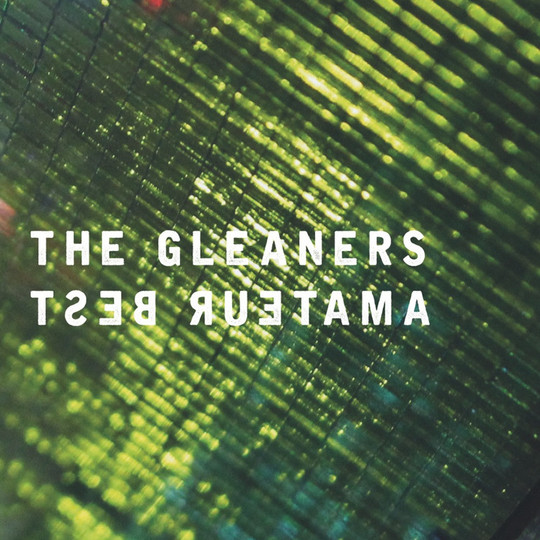 When one embarks on a new career in the metaphorical town of music journalism, one is kidnapped by strangers in the dead of night, imprisoned in an eclipsed, unventilated room for three months, and repeatedly forced to listen to Low - arguably David Bowie’s magnum opus superior to all his other magnum opuses. After about the two month mark, a certain degree of Stockholm Syndrome seeps in, but most importantly, the victims begin to grasp the concept that from the loins of Bowie’s ingenious synthesis of synths, bleak lyrics, and festive production came much of the sonic offspring that populate the contemporary music world.

Gloomy musings reinforced by merry melodies not only weirdly capture the human experience by compounding the extremes of emotion - misery and elation - but also account for some of the most esteemed records of the last decade. MGMT’s 'Time To Pretend', a fatalistic treatise on FAME, or Camera Obscura’s melancholic experiences with modern love on 'Lloyd, I’m Ready to Be Heartbroken' or 'French Navy' wrapped in a hunky-dory instrumentals, or LCD Soundsystem dancing themselves clean on 'All My Friends', 'Someone Great' and 'All I Want' while pining for vanished heroes. It is this intoxicating dose of joyous sound and somber vision that Amateur Best, the alias of Joe Flory, cultivated for his dubiously-titled 2013 debut No Thrills, and enriched even further for his latest project, The Gleaners.

In addition to repeatedly freaking out in moonage daydreams about the days spent in captivity with the scary monsters and super creeps, it’s exceedingly difficult to write about an artist without lazily comparing them to Major Tom himself. But the Bowie-meets-Eno-esque essence of The Gleaners is impossible to deny, especially in the case of the album’s signature moment, 'Marzipan” - a swirling cosmos of synth-driven electro-pop simultaneously nestling Flory’s downcast ruminations. Flory lyrically daubs in even darker hues on the following track 'They Know', lyrically inserting himself in a fluttering dance-groove as a defeated man up against impossible odds.

The oddity of melancholic poetics and effervescent electro-pop is only part of Flory’s appeal. His melodic, hushed vocals concurrently bleed both doubt and confidence, as if in the former he is a starman that’s read the papers and concluded that there is nothing he can do to save planet Earth, and in the latter, an all-knowing sage who has actually witnessed life on Mars. On 'Hey Darlin' he somehow manages to fuse polar opposite perspectives to form one narrative, crooning that the world is both “better” and “darker” now than his darlin’ would expect. Flory’s lyrics are constantly in flux, and the task of interpretation always left to the listener to impose their own ideas. '19' could either be a track celebrating or condemning the naivety attached to that golden age where dreams abound for most people and they firmly believe they have the world figured out. Not only do the lyrics and soundscapes oppose each other, but so do Flory’s own thoughts.

But the one thing he is supremely sure of is the intricate power of his voice. After nearly a three minute sonic cascade of funk-to-funky, addictive synths, Flory gives the most exquisite example of his vocal range on 'Nightshifter' while singing of sordid details. Like the greatest electro-pop musicians, Flory understands that arguably more so than any other genre, the singing should overtake nor play second fiddle to the instrumental, but buttress the song like another wire connected to the synthesizer. On the instrumental 'Part Timer', Flory elects to completely remove that particular wire and let the sprawling vibrations do the singing. And like all addictive things, Flory often gives the listener his fetching voice only in sparse increments, making it all the more valuable.

The Gleaners’ most audacious sonic escapade is possibly the album’s concluding track, 'No Sleep'. The track commences with warbled, winding sounds that mimic desperate wails, and over a electro-pop happy beat, Flory rivals that desperation with pangs of broken-hearted insomnia. But despite the melancholy underlining the lyrics, by the album’s very title, Flory is an artist who finds overwhelming pleasure in his recording process-- collecting, gleaning, and blending disparate pieces into an exotic whole, and all the while forcing his listeners to wonder about sound and vision.