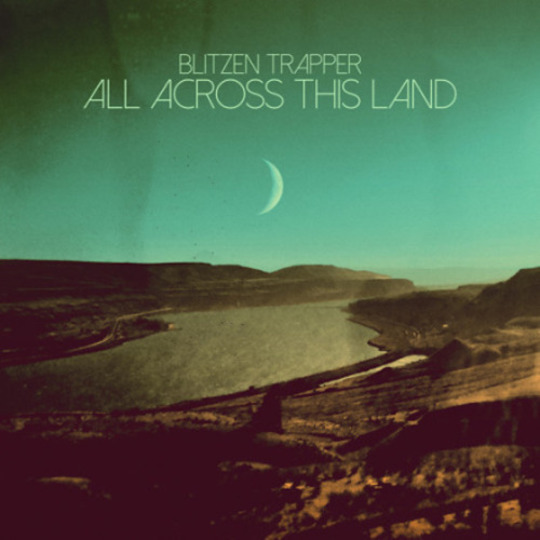 For certain intents and purposes, it’s useful to think of the (allegedly) halcyon days of the Sixties as the inaugural years of pop music as an art form. Recorded, radio-oriented music had existed for a long time before that, as had a host of landmark recording artists, but the Sixties is the decade that, for better or worse, is the most heavily referenced and romanticised. Plentiful historical work has been done to amplify, deconstruct, reinterpret and reframe these years. The overall attitude is one of decided reverence. Basically, people are really, really into the myth of the Sixties. And enough time has passed now that whole classes of pop musicians make it their duty to pay tribute to their oldie faves, in a kind of toast-on-your-dad’s-eightieth-birthday kind of way.

It happens all across the genres that fit under the gargantuan umbrella category of 'pop'. Foxygen’s We Are the 21st Century Ambassadors of Peace & Magic comes to mind, as does Kurt Vile’s latest, b’lieve i’m goin down…. As does, now, Blitzen Trapper’s new LP, All Across This Land. The title itself should be clue enough, being just a hair’s breadth away from “This Land Is Your Land,” and other like titles. The question asked of each artist who makes their roots very clear is this: who exactly is calling the shots? Does the new artist have distinguishable creative autonomy, or have they done little to expand upon the blueprint provided them by their predecessors?

In regard to All Across This Land, I’ll say first that I count about a thousand moments where there’s an all-but-overt nod to a well-canonised songwriter from the decades of yore. 'Love Grow Cold' is introduced by a 'Dancing in the Dark'-infused percussion line. I hear a 'Brown Sugar'-strain of Keith Richards in 'Rock and Roll's post-chorus lead riffs. In the same song, note the Who-type bridge, complete with Quadrophenia-n drum fills and guitar. 'Across the River' smacks of John Prine-brand charm.

In a few of these, Blitzen Trapper achieves a very legitimate balance of predecessor-honour and individualistic departure. I recall the chorus of 'Mystery and Wonder', which boasts the record’s least derivative melody. I think too of this tasty lyric: “Jesus speaks in every tongue/Not just in Amer-ican” from 'Let the Cards Fall'. Also worthy of mention is the occasional synth—most prominently on 'Let the Cards Fall' and 'Love Grow Cold' —to unfortunately uneven effect.

Despite these, there are many more moments where the sound is indistinct from its sonic predecessors. 'Across The River', for example, is an unmistakable rendering of John Prine, but not of a distinctive Blitzen Trapper. Their most powerful weapon is their hook writing, some of which is very strong. The first three tracks provide the best three examples. When the hooks fail to impress, what you’re left with is a fairly charming, perfectly listenable, somewhat lukewarm roots-rock effort. My heart gets heavy when I hear acoustic guitar strummed sweetly, so I find myself gravitating. But I don’t find myself fixating. Ultimately, it seems that the likes of Springsteen, Dylan, and the rest of the well-worn idols, call many more of the shots than Blitzen Trapper as an independent entity.