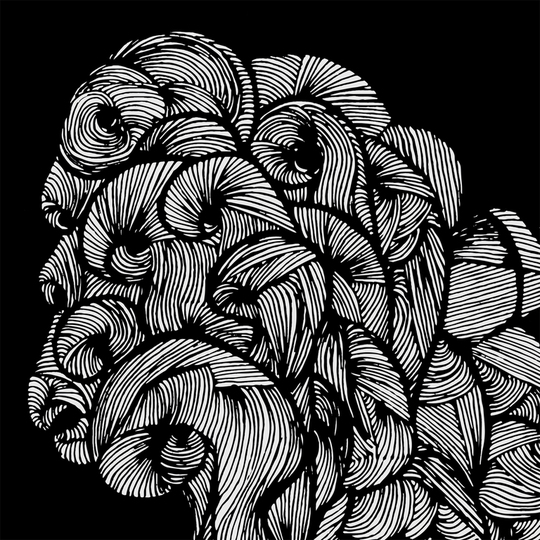 Bristol’s Svalbard are, in many ways, an archetypal 2010s post-hardcore band. They are heavy, but also recognise the manner in which melodic devices can aid rather than obscure this fact. Similarly they like playing fast, but they are more than content to use atmospheric post-rock build-ups when it feels right. This is a vision of hardcore punk largely – if not completely – reliant on the manner in which bands like La Dispute and Thursday have shaped the genre’s progression over recent decades. It may seem that, given the enjoyable (but largely indistinct) character of many a contemporary post-hardcore album, this should be painted as a bad thing.

However Svalbard are better than the majority of their peers. What separates One Day All This Will End] from the crowd is its attention to detail, and its ability to contain nods to the purely visceral nature of hardcore at its best. This is – to a significant extent – what tends to separate many of the bands on Holy Roar from the rest (the likes of Baptists, Pariso, Rolo Tomassi and Throats have also released on the label). Therefore, whilst One Day All This Will End certainly isn’t desperately original it has enough venom about it to catapult it above also-ran status. Thankfully, this prevents it from ever slipping into mundanity over the course of its eight tracks.

The talent of dual vocalists Serena Cherry and Liam Phelan are crucial to this. Both utilise approaches reminiscent of blackened crust vocalists such as Martyrdöd’s Mikael Kjellman and Young and in the Way’s Kable Lyall. This gives even the album’s most accessible tracks – like the pre-released track ‘Disparity’ (perhaps also the record’s best) – a razor-sharp edge. Importantly these vocals are also not shackled by the album’s (generally very clean) production. On tracks like ‘Damage Done’ and ‘Unnatural Light’, in particular, the pair sound delightfully feral.

In a sense, in fact, one could say that the prime strength of One Day All This Will End is this production. Whilst it’s always nice to hear a hardcore record coated in filth (the Kurt Ballou / Southern Lord approach as it’s perhaps best described today), there is always a place for the power that can be given to hardcore through less murky production techniques. ‘Perspective’, One Day All This Will End’s opener, illustrates this perfectly. It combines some deceptively multi-layered guitar work with a thundering rhythm section operating in more explicitly metallic territory. Equally, however, when it comes to the quieter parts of the album, such as the wonderful opening to ‘The Vanishing Point’, the well-balanced nature of the mix is almost reminiscent of sludge titans Amenra and Neurosis.

Instrumental (and very post-rock) closer ‘Lily’ is probably an unnecessarily understated way on which to end the album, but it would be harsh to grumble too much about its inclusion. As a whole, One Day All This Will End certainly demonstrates that Svalbard are right at the front of the pack when it comes to the current British post-hardcore scene. If anything, in fact, it’s better than that.