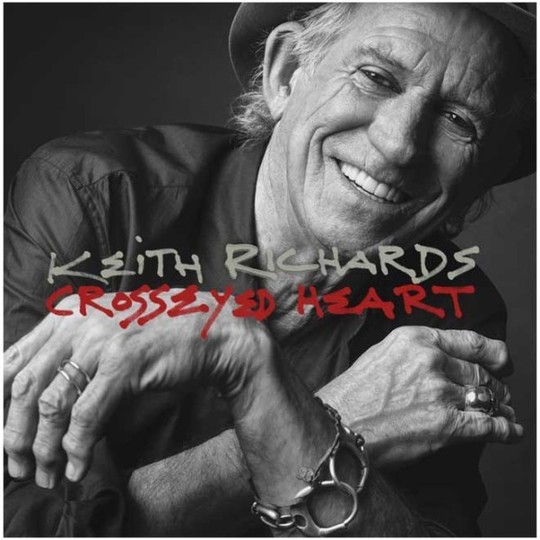 Back in 2011, finding himself at a loose end having finished writing and promoting his epic poem of an autobiography, Life, Keith Richards found himself at a loose end. His response was to float the idea in the press that he might be thinking of retiring. He wasn’t, of course, but given what an outrageous suggestion it seemed - after all, 67 is hardly long in the tooth for somebody who long ago seems to have struck upon the secret to immortality - he was hoping to jolt the rest of The Rolling Stones into action; at this point in time, they hadn’t played together for four years or recorded anything in six.

Anybody who’s read Life will know that it crystallises two particular things about Richards, besides the fact that, if his own recollections are anything to go by, the image of ‘Keef’ in the popular imagination as an indestructible chemical experimenter is not too far wide of the mark. Firstly, his love of music outstrips just about everything else in his life - 'I’d take anything if it helped me stay up long enough to finish this damn song,' he says with his trademark peal of hacking laughter during the 2012 documentary Crossfire Hurricane - and, accordingly, the idea that he might actually just put his feet up and wait for Mick Jagger to call when his ‘retirement’ gambit didn’t immediately pay off seems naive. Accordingly, he hooked up with his old X-Pensive Winos collaborator Steve Jordan and the result, Crosseyed Heart, had been on the cards ever since; the emergence of the Stones from hibernation in late 2012 meant it had been sitting on the shelf until now.

The other of Richards’ defining characteristics that Life underscored through with is that he is, very evidently, a blues man to the bone. All of the Stones were, in fact, back in the day - save perhaps for Charlie Watts - and as much as Bridges to Babylon and A Bigger Bang hint that some in the band might have become more preoccupied with straight-down-the-line rock and roll as the years have gone by, that presumably is not Richards’ influence. Crosseyed Heart is a ragged set of no-nonsense blues tracks that his him touching upon most - if not all - of his major influences from the genre.

The title track, opening proceedings and clocking in at under two minutes, sets the tone; just an acoustic guitar and Richards’ rugged, but remarkably robust vocals, which rather than wither under the pressure of a never-ending stream of Marlboro Reds have instead taken on the same romantically well-weathered quality as you might attribute to a well-thumbed paperback. There’s a fair bit of flexibility to them as well, and it’s just as well; Richards needs to be able to adapt them to the electric thrust of full-band driving blues (‘Heartstopper’, ‘Trouble’, and the stormy ‘Blues in the Morning’) and the more delicate likes of ‘Robbed Blind’ and ‘Amnesia’. It’s on these latter tracks that Richards really shines; lyrically, they reference subjects that nobody’s better qualified to sing about - drug busts and near-death experiences, with the latter inspired by his fall from a palm tree in Fiji in 2006 - and yet, it’s the richness of the character in his vocals that tell the story, not the words themselves.

Crosseyed Heart is a sprawling affair at 15 tracks - the result, you suspect, of Richards having too much fun in the studio to keep things any pithier - and whilst it occasionally sounds pedestrian - ‘Something for Nothing’ and ‘Suspicious’ both fail to really take off - this is a record with no shortage of genuine depth. Richards is a masterful guitarist but by no means a showman - the clever intricacies of his playing on this album only truly make themselves known with repeat listens - and for one of the smartest juxtapositions of vocals on a duet for many a year, you’ll do well to top the setting of his rough-and-ready tones against a typically honeyed turn from Norah Jones on ‘Illusion’. It’s with no shortage of interest that the public will look forward to another Stones record, should it materialise as Richards has suggested, at some point next year, if only to see whether or not one of the all-time great songwriting partnerships remains creatively fruitful; if the answer’s no, Crosseyed Heart will serve as proof that it ain’t Keef who’s over the hill.