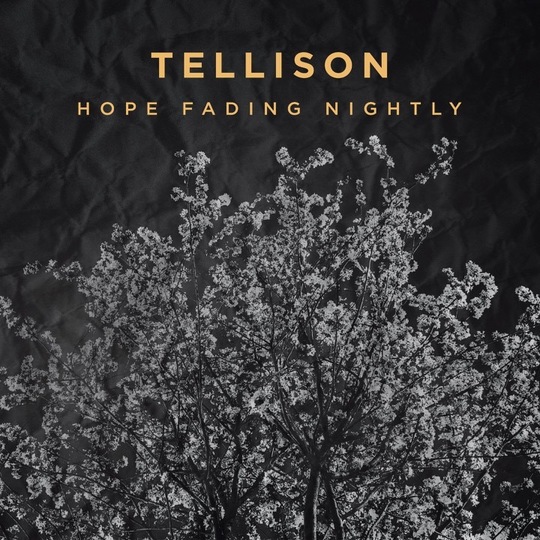 The quarter-life crisis. It's a real thing. A real, horrible epidemic caused by old dudes in suits promising the life of our dreams if we studied hard, stayed polite and worked our way up the career ladder. The reality is actually, life is pretty crappy for anyone under the age of 40 at the moment. Not to be entirely bleak but the truth is, we've been lied to for the entirety of our adult years. We're those claw machines, limply clutching at opportunities we're supposed to want because we have no idea what else we should be doing. We were promised jetpacks and all we got was this lousy t-shirt.

Tellison are a band that almost made it and then, well, didn't. Featured on the soundtracks for The Inbetweeners – when The Inbetweeners was a massive, massive deal – the band's 2007 record Contact! Contact! catapulted them into the kingdom of indie-pop, with too many sing-a-long choruses to count and enough energy to provide a more than optimistic outlook. These guys were on the brink of something huge.

In a recent UPSET magazine interview, lead vocalist and guitarist Stephen Davidson admitted some hard and pretty heartbreaking truths. 'It sucks to feel like everyone thinks it didn’t quite work out. We all went back to our lives, working day jobs,' he said of the aftermath of their second record, The Wages of Fear.'We let Tellison lie and dealt with the body blows of having everyone around you feel like you aren’t worth the effort.'

Hope Fading Nightly is the result of spending an entire year taking a bus to a studio underneath a McDonalds, every night, after work; losing friends, girlfriends and their sanity, probably. It's the personification of everything they've worked for and didn't get but notably, it doesn't sound desperate or resentful in the slightest. Yes, lyrically, it does what it says on the tin, especially concerning lead single 'Tact is Dead': "Throw me into a tube train, pay me the minimum wage, so I will never earn more than my parents..." (U OK hun?) But as a whole, Tellison are stronger than ever. Stand-out tracks 'Wrecker' and 'Boy' are typically Tellison but with a heavier flair, sprouting influences of Frightened Rabbit and The Hold Steady that showcase the kind of chorus you know you'll be getting sweaty to some time soon. This is band that know how to simultaneously break your heart and produce a banger.

Opener 'Letter to the Team (after another imperfect season)' needs a special mention. It's a letter, from main man Davidson to the members and past members of the band, that, in it's hushed manner, speaks to just about anyone who's ever felt accountable for anything. Of course it's not his fault things didn't work out but listening to this confession really has you rooting for him and for them; a simple yet very special start that pays homage to some of Davidson's best work, namely The Wages of Fear's 'My Wife's Grave is in Paris.' Once it blends into 'Helix & Ferman,' however, we're back to a band fighting fit, taking that first stroke after continuously treading water.

They know how to write a damn fine indie-pop tune, collating the special moments from previous albums to produce a record that's seriously all killer, no filler. This is Contact! Contact all grown-up; this is a band giving their all, using their collective experiences to produce a record that holds no expectation. Hope Fading Nightly might be the personification of the quarter-life crisis but with such a fervent execution, you'll feel like you're a part of something bigger – something better. Things will get better and even if they don't, you can always scream your lungs out, together, to Tellison. They made this album because they love this band and instead of flogging a dead horse, it's invigorated the four-piece into a goddamn unicorn.