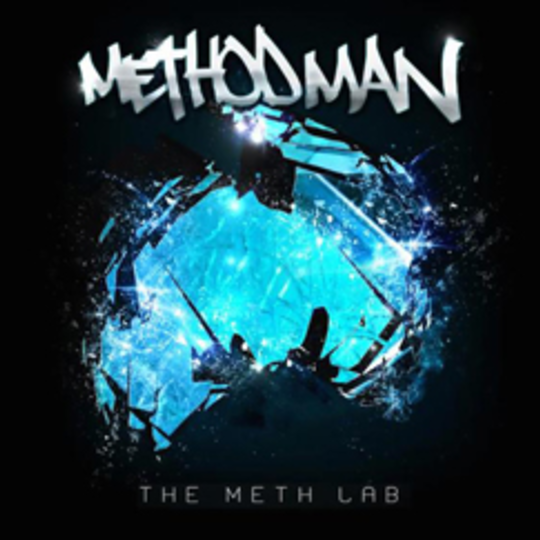 Let’s be totally honest, it was only a matter of time before Method Man succumbed to the temptation of making a poor Methamphetamine pun in the wake of Breaking Bad. Everyone was thinking it. Probably 'I really hope he doesn’t do it' but we were thinking it nonetheless. With the release of The Meth Lab, that fateful day has finally arrived and it marks a distinct, unfortunate and disappointing turn in the career of a Wu-Tang legend.

For all its inevitability, the ploy remains completely baffling when you consider how out of date an obvious and poorly constructed reference to a TV series that ended two years ago is. Perhaps Method foresaw the publicity surround the 'Tweaker Nation’ tumblr page, but that seems too good to be true. The fact is, this lack of ingenuity has always been a stain on Method Man’s back catalogue and it seeps once again into his latest effort. Don’t get me wrong, you’d be hard pressed to find someone more than myself who wants – and I mean really wants – Method Man (and Wu-Tang by extension) to remain the force they have been for the last two decades, but when you look at Meth’s discography it’s hard to argue that he is brimming with fresh ideas. You’ve got Tical, Tical 2000: Judgement Day, Tical 0: The Prequel, Blackout!, Blackout! 2 and a forthcoming Blackout! 3. Can anyone see a pattern emerging? Now he has named his latest record The Meth Lab and for next year? You guessed it: Crystal Meth and I wish that was a joke.

For all the uninspiring titles, however, it has to be said that Meth’s delivery and lyrical dexterity never really comes into question. Whenever he steps up on The Meth Lab, it is with the same brutish intensity that he has always mastered. There may be little finesse, a lack of intricately woven metaphors, but the delivery of lines is still reminiscent of Tical and anyway, this is the voice of the infamous torture skit – he doesn’t do delicate. Thematically, there are no surprises; gang-banging boasts (‘Straight Gutta”) slamming Micky Mouse rappers who hop on trends (“2 Minutes Of Your Time”) and Staten Island nostalgia ('So Staten') which is a continuous line throughout.

For all Method’s moments of individual brilliance – “Rappers don’t really ride they piggy back/I’ll trade them all to have 2Pac and Biggy back” – clarity is lost in the sheer number of guest appearances. For a record that is billed as his first solo effort for nearly a decade, he only actually appears on one non-interlude track by himself. The rest are overcrowded by Staten Island natives with varying degrees of eminence. This seems to be done in the hope of regaining some sense of the early days, but that could have been done to a much higher degree with a select few appearances from first tier clan members. What he actually does is dilute the record into something which leaves a lot to be desired. For everything that has gone right – production value, performances from Method Man, Raekwon, Inspektah Deck, Masta Killah and Streetlife – just too much doesn’t deliver and that is primarily down to overcrowding and the tenuous and cringey association with Breaking Bad alluded to in the first paragraph. I know that has no mark on the actual sound, but it leaves a bad taste in your mouth that the album doesn’t do enough to regress.

It’s an unfortunate sign that Wu-Tang really are running out of ideas. Raekwon’s glistening Fly International Luxurious Art may have been painful for dedicated fans of his gritty Only Built For Cuban Linx, but at least it showed progression. Most others, bar Ghostface, are waning with every release. Solo disappointment is not unexpected; Inspektah Deck never really made a mark with his solo career although he has arguably one of the most celebrated verses in Wu mythology (“I bomb atomically/Socrates philosophies and hypothesis can’t define how I be droppin’ these mockeries/Lyrically perform armed robbery/Flee with the lottery possibly they spotted me”) but that disappointment is archaic although still truly unfortunate. You would have hoped Method Man would have brought the goods, though. Now, with the release of The Meth Lab and the looming prospect of Crystal Meth, any semblance of hope for Wu Tang’s twilight years rests solely in the hands of Raekwon and Ghostface.