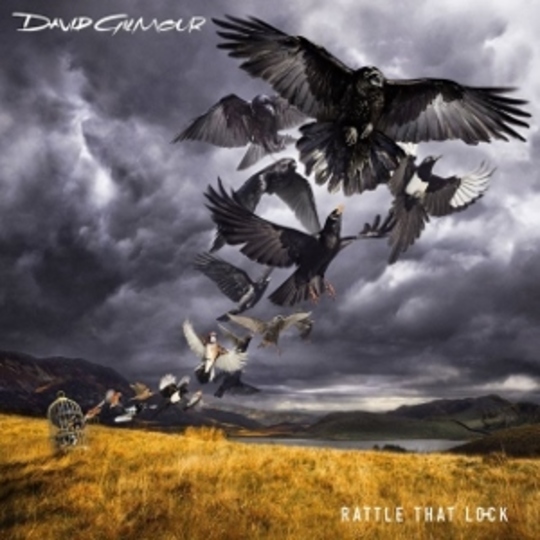 David Gilmour is Pink Floyd, Roger Waters is Pink Floyd, Richard Wright is Pink Floyd, Nick Mason is a racing enthusiast - and Pink Floyd. The four members post-Echoes were each integral to the success of the mythical, prog-rock band, however the only member to truly evoke the Floyd sound in a solo setting is Gilmour. For a lead guitar colossus to show such restraint and taste across an entire career without having a tacky shred moment even once is astounding. His touch, tone and feel are a testament to his talents and are the reason the guitar cognoscenti hold him in such esteem; just four arpeggiated notes in ‘Shine on You Crazy Diamond’ send shivers in all the right places and leave no doubt as to who is behind the axe.

Rattle that Lock is a speedy follow up to Pink Floyd’s final release The Endless River a collection of revamped songs and passages from the Division Bell recordings which highlight the natural musical pairing between Gilmour and Wright and pay fitting tribute to the late pianist. Forty years on from Wish You Were Here and it is plain to see how Waters' visions were channelled through this pairing to create the Pink Floyd sound, a sound which Gilmour carries to this day on his latest solo effort.

Whilst the The Endless River felt like a musical tribute to Rick, Rattle that Lock is an emotional response to the loss of a friend and a bandmate. Dealing largely with mortality on a track like ‘A Boat Lies Waiting’ the tone can seem quite morose “what I lost was an ocean, now I’m drifting here without you ….and I’m rowing right behind you”. ‘Today’ adds to this feel with “If you should wake and find me gone… now close your eyes and go to sleep”. But despite this seeming acceptance of fate, Gilmour - along with wife and chief-lyricist Polly Samson - balance the books with a sense of defiance “If this should be my last day on earth I’ll sing along”.

Luckily for fans, feelings of mortality are not indicative of the atmosphere on the record, in fact as the name suggests, there’s fight and vigour left in the ageing rocker. Title track ‘Rattle that Lock’ is propelled by groove and swagger; Mica Paris’ vocals back up Gilmour’s gossamer voice bringing power and might to proceedings. The inclusion of the Liberty Choir from the same prison that housed their son seems to further strengthen the cause for rebellion; for fighting and believing in worthy causes and to not go with a whimper. Samson has regularly cited Paradise Lost as the inspiration here, explaining it’s about not excepting the status quo and in a broader sense, rejecting feelings of apathy.

The album flits from stripped backed, bluesy inspired tracks like ‘Dancing in Front of Me’ to Division Bell-flavoured sounds heard on ‘A Boat Lies Waiting’ and ‘Beauty’. Although largely steering away from anything too ‘arena-rock’, ‘In Any Tongue’ is steeped in grandeur and sentiment. It’s also one of the few orchestrated and epic solos - no impromptu blues here, but the full Gilmour-arsenal of wailing bends and climatic crescendos.

There seems to be quite a significance to the fact this record starts and closes with instrumental pieces. Although Samson can take credit for lyrics like those on fan-favourites like ‘High Hopes’ she is a mere translator, interpreting Gilmour’s musical moods. Album closer ‘And Then’ is delicate, flowing and understated; a whimsical and evocative piece of music that fellow guitarists can only wish to create with such simple techniques. The whole track has a sense of finality, ending with a fingerpicked nylon string guitar over swelling strings that gently fades out; which is very apt given that Pink Floyd have bowed out quite gracefully and in an understated manner post-Live 8 reunion.

Rattle that Lock offers something of great merit to those lucky enough to see some of the live shows, however you can’t help but feel that despite crafting an album of such merit, David Gilmour may simply not want to carry on making music that owes so much to his late companion and friend.