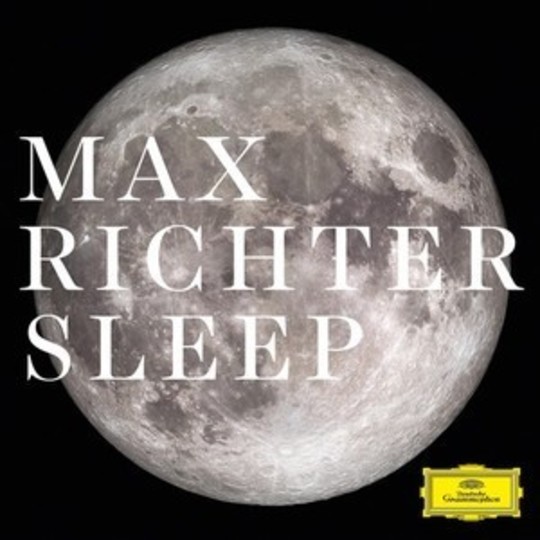 Max Richer has written a piece of music, at eight hours long in entirety, that’s his first truly minimal piece. It’s minimal in the way that Steve Reich’s ‘It’s Gonna Rain’ dissipates into an abstract wash of sound, or Franciso López literally makes silence shocking by preceding it with 20 minutes of soft white noise. Let eight hours of Sleep permeate your consciousness and slowly turn your day into a melancholy masterpiece.

And while Richter composed this with the intention of not listening to it, but sleeping through it, whatever you do… don’t do that. One evening of normal sleep (and a cardinal sin is being committed by placing the critic within their criticism), and I experienced agitated dreams that flittered around; an endless commute through complex routes travelling with, and encountering, long-forgotten friends. It was a frustrating, exasperated loop of recent discussions, concerns and ideas made visual. Sleeping with Sleep as a subconscious companion cleared the canvas entirely; no images were retained merely deep dark sleep and moments of shock, awaking to ebbing strings or singular syllables. It felt like waking up in Lynch’s ‘Mulholland Drive’, for the briefest of moments. OK, so the sleep was far calmer with Richter’s score in the background, but if you listen to it you gain so much more.

Richter has even gone as far as to have this performed to a sleeping audience, and had it played in its entirety on late night radio, but don’t let that dictate how to engage with this, there are a million ways to do so. Also while From Sleep may be tempting as an hour edit that is perfectly functional in providing renamed snippets – again – why? Commit. Get beyond the shock of a cold lake surface and warm up by swimming deeper.

If you don’t, you’ll never hear ‘Return 2 (song)’ cautiously pace out organ notes with stern and churning strings that then explode with solemn loveliness for 16 minutes. Or while you can close out ‘From Sleep’ with the gorgeous vocal mantra of ‘Dream 8 (Late And Soon)’, you won’t be able to hear the solo violin mantra of ‘Dream 11 (Whisper Music)’ as it pirouettes on an endless axis of counterpointing piano notes in a way that would make Arvo Pärt proud.

So Sleep implores you for companionship and bleeds into itself as it bleeds into the listener. Typing while the fizz of ‘Never Fade Into Nothingness’ plays makes transforms Word documents in an epic dance of black pixels on white light, binary marks scratching into a too-bright glassy reflection. Walking while the echo-drenched monastic vocals of ‘Non-Eternal’ exposes that the world we occupy is haunted is exhilarating and avoiding awkward work colleagues as ‘If You Came This Way’ patters out its motif, that dangles held violin notes over electronic burbles, is to experience the sound of solace itself.

So plug in Sleep and slightly reframe your mind-set with this sad, and eventually indistinguishable, fug of beauty. Turn your day into a Lynch film where nothing happens. Enjoy it. But this was written to be listened to, and to be lived. Don’t dream this away.